Hogan Lovells’ global revenue climbed 6 per cent to $2.25 billion in 2019, with the firm citing the financial institutions, life sciences, technology, media, telecoms and automotive sectors as key drivers of growth. 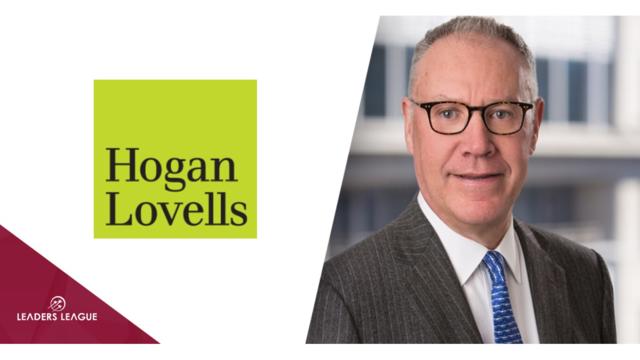 Business in the Americas contributed 50 per cent of the firm’s total revenue, while work in the UK and continental Europe made up 43 per cent of the total. The remaining 7 per cent was generated by business in Asia Pacific and the Middle East.

Meanwhile, in terms of headcount, the number of lawyers at Hogan Lovells’ increased marginally, by 0.2 per cent, to 2,642 last year. The number of equity partners at the firm increased 2.5 per cent to 536. The firm made 29 partner promotions and 56 promotions to counsel on 1 January 2020, while it also made 40 lateral partner hires during 2019.

Hogan Lovells CEO Steve Immelt (pictured) said: "We have continued on our path of consistent and profitable growth with a revenue increase of 6 per cent in 2019, as well as higher increases in revenue per lawyer and profits per equity partner.

“Looking at our work throughout the year there is a consistent pattern appearing in terms of it reflecting on the strength of our presence in particular industry sectors such as financial institutions, life sciences, technology, media, and telecoms, and automotive.  At the same time we saw a strong performance in areas such as investigations and disputes, anti-trust, and intellectual property.

“Our strategy of focusing on key industry sectors, having a substantive global reach in the Americas, Europe, and Asia, and our strength in being able to combine a market-leading regulatory capability with our other practice areas is recognized by clients as a powerful force and by laterals as an attractive place to build their careers.

“We have sought to grow and develop our own talent at the partner level. At the start of 2020 we made 29 promotions to partner level and we have one of the strongest female partnerships of any major law firm with women making up 26 per cent of the overall partner population.”

Immelt and deputy CEO David Hudd, will step down at the beginning of July this year after having served six years in their roles. During that time revenues have increased substantially – in 2013, the year prior to the appointments of Immelt and Hudd, global billing stood at $1.72 billion, while profits per equity partner stood at $1.2 million.

Zaldivar has been based in Hong Kong as the firm’s regional chief executive for the Asia Pacific Middle East region. He focuses on international project development and finance. His expertise includes capital markets, mergers & acquisitions, joint ventures, and the settlement of arbitral disputes. He was previously responsible for developing the firm’s Latin American practice, and he also formerly co-led the infrastructure, energy, resources and projects practice.

Meanwhile, Michael Davison is an international arbitration lawyer by background. He is qualified in England, France and the Republic of Ireland. He currently heads the firm’s litigation, arbitration, and employment practice and is involved in the technology, media, and telecoms and energy and natural resources industry sector groups.