We take a look at the scientist supposedly responsible for changing the UK government’s mind on herd immunity. 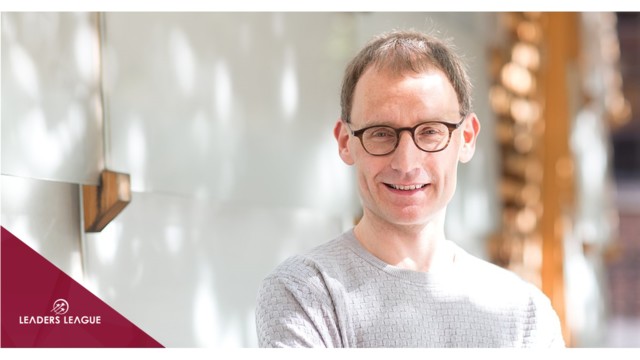 It’s not often that a scientist is catapulted into the public realm, but Professor Neil Ferguson at Imperial College London has been making headlines for decades. Ferguson, who heads the university’s School of Public Health’s Department of Infectious Disease Epidemiology, is widely credited with influencing the British government’s approach to COVID-19 – including its pivot away from the herd immunity strategy, a strategy that played a large role in bringing the UK’s coronavirus death toll to a dizzying 12,000 and counting.

This is not Ferguson’s first time in the limelight. In 2002, at the age of 34, the Oxford alumnus was appointed Order of the British Empire (OBE) for his work in modelling the UK’s foot-and-mouth disease outbreak, which led to the culling, based on his models, of over six million cows and sheep and hit Ferguson’s birthplace of Cumbria especially hard.

Since then, Ferguson has been involved in data modelling for three different viral outbreaks: swine flu in 2009, Middle East Respiratory Syndrome (MERS) in 2012, and Ebola in 2016. During the former, in an article for Lancet Infectious Diseases, he published an article named “Closure of schools during an influenza pandemic”, which looked at – among other things – the economic effects such a closure would have, estimating that a 12-week closure could cost up to 1% of GDP.

Even at that time, Ferguson was a government adviser, and indeed his 2009 article addressed issues that the current government has been wrestling with as coronavirus began its spread in the UK. “In a severe pandemic, countries might be ready to pay… high social and economic costs to benefit from the potential reduction in cases,” wrote Ferguson. “But they should very carefully consider the effect that the intervention might have on key workers, education, and on crisis management capacity. For example, school closure might lead to important reductions in the peak incidence of cases, therefore reducing healthcare system burden when the stress on the service is maximum. But this should be weighed against the potential disruption caused to the health services because of increased absenteeism of the workforce.”

Ultimately, Ferguson’s cautiousness about closing schools in 2009 made sense: swine flu, while highly infectious, would go on to claim only 342 lives in the UK. Indeed, herd immunity – allowing a certain amount of people to contract the virus on the assumption that they would develop immunity and thus not pass the virus on to others – is a theory that has been being developed by epidemiologist thought-leaders for over a decade. It is a radical alternative to virus suppression that could have been an example of startling, groundbreaking epidemiology, and could cause minimal disruption to healthcare services and the economy.

But it has been being modeled for normal (or slightly more severe than normal) flu outbreaks. COVID-19 is an entirely different beast, and was treated as such by Ferguson and his colleagues at Imperial. On 16 March, Ferguson’s team published a report that predicted up to 250,000 deaths in the UK if only mild “mitigation measures” were pursued. It was widely reported in the press that this changed the government’s thinking, and indeed, one week later, lockdown in the UK began.

Most of the UK press – the Sun, the Daily Express, the Daily Mail, the Telegraph, the Times – is aligned fairly strongly with the current government. Indeed, even the BBC reported uncritically that “The government has always said it is following the science and the science has changed profoundly.” Unfortunately, the science did not change profoundly on 16 March. According to Neil Ferguson in an interview with the Financial Times, “The government were aware of what our results were showing certainly in the previous week, and some of (the results) in the previous two weeks.”

Ferguson added: “It looked… like that was the paper that informed policymaking, but in fact a much wider range of scientific advice and modelling advice had gone into government in the previous two weeks, all of which pointed in that direction.” Indeed, the UK government didn’t just have China to look at as a model: it had Italy. By 1 March, the coronavirus death toll in Italy had increased nearly six-fold in the past week alone, from six to 34. One of Ferguson's colleagues, Helen Ward, has stated in the Guardian that the UK government's failure on 12 March to follow Imperial's guidelines – on that day, a government announcement shifted away from contact tracing and social distancing – meant that between 12 and 23 March, hundreds of thousands of people would have been infected. With a 1% mortality rate, 100,000 infections translates to 1,000 deaths.

For his part, Ferguson, together with epidemiologist Azra Ghani, estimated that only 10% of cases were being detected in China – suggesting in early February that only one in three cases coming into the UK was being detected, raising alarm bells early on. Nonetheless, he also estimated in late March that with “strict social distancing, testing and isolation of infected cases”, the UK coronavirus’s death toll could stop short of 20,000. Despite the lockdown, this estimate now seems highly optimistic.

Ultimately, although Ferguson has been advising a government that now has thousands of avoidable deaths on its hands, he has come out of the crisis well, though at the cost of his own health – he himself contracted coronavirus in the process, the virus having run rife in Westminster. (That the prime minister refused to stop shaking hands with coronavirus patients may have had something to do with this.) In the face of much public and governmental pressure, Ferguson has been industrious and undeterred throughout. His calmness might be explained by the fact that it’s not his first crisis. Let’s hope, for the sake of public health, that it’s his last.

UPDATE, 5 May 2020: Ferguson resigned as a government adviser after breaking government rules by accepting visits from his lover during lockdown.

Read our analysis of world leaders’ approaches to coronavirus here.