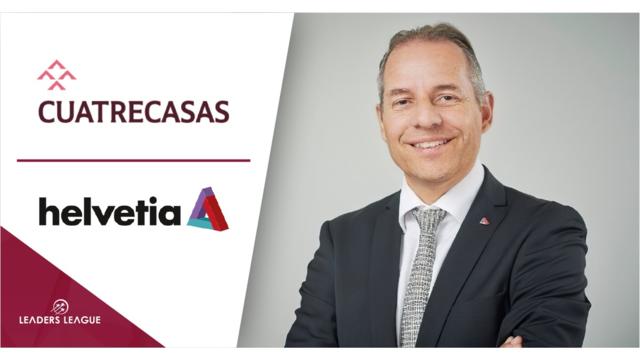 In 2018, Caser generated revenues of €1.6 billion and a profit of €87 million. A total of 62 per cent of the revenues can be attributed to non-life business.

Caser has distribution agreements with a number of banks, including Ibercaja, Unicaja and Liberbank.

Helvetia expects that it will ultimately acquire a holding of up to 70 per cent in Caser. The bank distribution partners will maintain a stake of around 30 per cent.

The purchase price for a holding of almost 70 per cent in Caser is around €780 million. The 70 per cent holding was sold by Ibercaja, Covea Mutual Insurance Group Company, CaixaBank, Bankia, Liberbank, and Abanca Corporacion Bancaria. The sellers were advised by Cuatrecasas and Clifford Chance.

Helvetia intends to finance two thirds of the acquisition of Caser by issuing hybrid bonds and one third by issuing new shares.

A Helvetia statement said: “With this acquisition the European business will be strengthened further as a second pillar, the attractive non-life business will be expanded significantly and the company’s distribution capabilities in Spain will be increased.”

The statement added: “With Caser, Helvetia will also be able to tap into new business models in the form of stable fee income from attractive eco-systems in the areas of health and old-age care.”

Philipp Gmür, group CEO of Helvetia, said: "Our business in Spain has performed very well in recent years and will now be strengthened further by this transaction, which will also substantially increase the importance of our European activities. Both companies complement each other outstandingly, including from a cultural perspective. Caser will also immediately make a significant profit contribution."