Guo Guangchang (Fosun): “Enterprises are themselves the best form of philanthropy” (Part II)

Fosun is a product of and testimony to China’s economic miracle: founded in 1992, today it is China’s largest private-owned investment conglomerate with investments of approximately $31 billion in M&A. Its co-founder and Chairman, Guo Guangchang, is a discreetly ambitious, down-to-earth visionary, whose business model seeks to exemplify social responsibility and philanthropy. 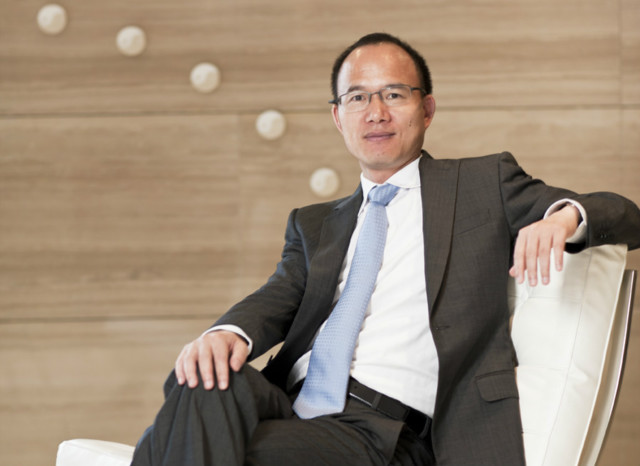 In the first part of the interview, Guo Guangchang sheds some light on the investment strategies of Fosun, and also talks about Buffett and Tai Chi. Passionate topics!

In the second part of the interview, he explains how Fosun evaluates investment projects and encourages team collaboration, why he still believes in the momentum of China and which investment makes him most proud.

Leaders League. In your opinion, what are the criteria to evaluate the success of an investment project?

Guo Guangchang. First of all, we believe that financial returns are the basis of all investments - this is clearly the logic of commerce.

Secondly, a successful project’s criteria of evaluation are absolutely not merely financial returns and the rate of return on investment. We also harbor hopes for bigger social values, including the creation of bigger values for local communities, our customers and our collaborative partners.

I am the advocate of the idea that enterprises are themselves the best form of philanthropy. Philanthropy does not only relate to how much money you have donated, but is more significantly connected with how you, as an entrepreneur, may run an enterprise well, make it a success and then provide more job opportunities. After that, if you can also treat your employees well, then your enterprise itself will represent an institution that is bringing value to society.

Leaders League. In 2014, Fosun invested in 15 overseas projects amounting to approximately $5.3 billion. How did you surmount the challenges when investing overseas?

G. G. Generally speaking, in making its global investments in developed countries and regions like the United States and Europe, Fosun has general found the playing field to be fair, equitable and transparent. At the same time, with the enhancement of our country’s overall strength and the rapid growth of its market over the past few years, coupled with Fosun’s success in such global investment projects as Club Med and Folli Follie, we have found that an increasing number of overseas enterprises earnestly wish that Chinese investors would become engaged in their development and assist them in enhancing their competitiveness within the Chinese market. Fosun has benefited from such circumstances by becoming one of the preferred partners for such enterprises.

Leaders League. Your management team is regarded as one of the most widely acclaimed groups in the history of Chinese business. Could you share with us some secrets to success regarding team collaboration?

G. G. I believe that a good enterprise is comparable to a living entity. Each of its members is a cell of this living entity, which is allowed to continuously grow bigger and stronger by virtue of the growth of its cells. However, in any living entity, there will definitely be good, beneficial cells as well as bad, mutated cells that are prone to cancer.

As such, in this fast-changing Internet era, Fosun has positioned itself as an organization resembling an “intelligent living entity.” We advocate reiteration and lifelong learning for self-enhancement and for making a difference to our own issues, and advocate the continuous restructuring of our own organization. Therefore, given such circumstances, we do not ever expect that Fosun will be problem-free. What we should do is believe that as an intelligent living entity, and as an enterprise thriving in this era with such rapid globalization and Internet development taking place, we ought to allow for the existence of a little mess and allow for the existence of certain grey areas and competition in relation to this organization. Only when such elements exist can the organization become more flexible.

Leaders League. Fosun has always placed emphasis on “the momentum of China”. Considering such challenges as economic slowdown, population aging and environmental concerns, where does China’s development momentum actually reside?

G. G. When you look at China now, not only should you focus analyses on the country from a manufacturing perspective, but you should also look at China as a country of consumption and capital. Considering China as a manufacturing nation, you may see many negative things and risks, which include cost issues, resources constraints and land issues. However, when you look at China from a consumption perspective, there will be nothing but good news: the number of people belonging to the middle class here will be ranked first globally in six years, with a consumption amount ranked second globally which is set to grow rapidly.

The rapidly emerging middle class has brought about new investment opportunities in three areas. The first is the upgrading of consumption, where consumption will represent China’s major economic momentum going forward and the branding trend will become even stronger. It is now the right moment to invest in entry-level luxury products. The second area is experience-based consumption - those experience-based consumption areas such as tourism, catering, food, movies, television and entertainment are enjoying huge space for development. Less importantly, personal finance is the third area.

Leaders League. Among all the investment projects undertaken by Fosun to date, which makes you most proud?

G. G. We are always filled with hope. The one we are most proud of is our next project which will be in line with Fosun’s strategies.

Other articles of the same issue:

20 Entrepreneurs from 20 Nations (Part I)

Become a campaigner: use the fuel of Mission to advance your business