Giovanni Lega: "LCA was founded with the aim of creating a service platform that puts the human being front and center"

The only lawyer in a family of entrepreneurs, a keen sports enthusiast, generous in his pro bono activities and so passionate about jazz music that he brought the Blue Note club from New York to Milan. In this exclusive interview with Leaders League LCA founder Giovanni Lega discusses the “great project” called LCA: a unique firm that has never lost sight of the human factor. A guiding light forerunner in the field of diversity and legal tech, the firm continues to blaze a trail in Italy and beyond. 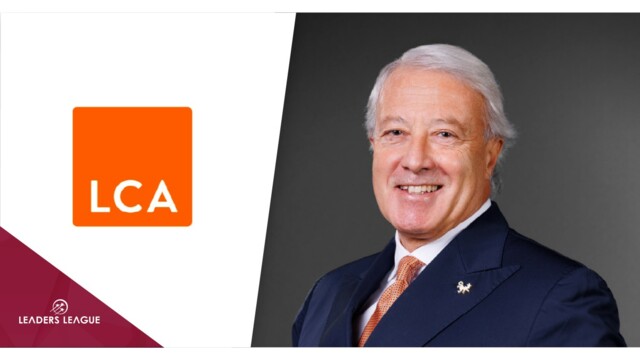 Leaders League: Who is Giovanni Lega?

Giovanni Lega: Giovanni Lega comes from a family of entrepreneurs. My father was a passionate and courageous Romagnolo, who taught me not to have any preconceptions about money or power. He passed on to me the desire to seek my own fortune, while teaching me the importance of giving some of it back to others. I come from a family of engineers, and I was the only one to pursue a career as a lawyer, which kind of makes me the black sheep. When I got into Harvard University, my father, in his own way, told me he was proud of me.

You are also passionate about music and sport. How have these twin interests influenced your life?

For me, passion is a very important driver both in life and in my work. You learn a lot from sport, even more when you lose than when you win. Music has made me do crazy things! I have always loved jazz and for a while I played the saxophone. In 1984, while at Harvard, I would often spend my weekends in New Orleans listening to jazz bands. Once, a professor gave me tickets to hear George Benson at the Blue Note in New York. This was where I met Paolo Colucci and somewhere around our third gin and tonic we made a promise: to bring this jazz club to Milan. On March 23rd 2003 we opened the Blue Note in Milan and in 2014 we listed it on the stock exchange.

After earning a degree in international criminal law from the Catholic University of the Sacred Heart in Milan and a master's from Harvard, you founded LCA in 1988. What was the initial project?

The idea I started with was to create an alternative to the traditional Italian studio legale that would be a template for the 21st century Italian law firm. I set myself the goal of creating a service platform that puts the human being front and center and that shifted the focus from the founders. I have always had a deeply held conviction that a firm could be understood as a company made up of many interlinked pieces. For the interlocking to work, it is essential that each piece plays its part to the fullest. Little by little, we also built a corporate culture by seeking out professionals other than lawyers. We strongly believe in enhancing the potential of each employee and have examples of career paths that started in reception and ended up in marketing. The core value for us is the relationship of trust, not only with clients, but also within the firm.

I have always had a deeply held conviction that a firm could be understood as a company made up of many interlinked pieces. For the interlocking to work, it is essential that each piece plays its part to the fullest.

In 1996, LCA joined forces with the British firm Freshfields, only to go your separate ways in 2004. Does a thirst for the international still exist?

We have always had a strong international focus, even before the merger with Freshfields. Today we operate abroad both through direct relationships with clients and with partner firms. International expansion remains a priority. We have an associate and a partner dedicated to coordinating activities outside Italy and monitoring potential sources of work. We also try to make Italian SMEs more comfortable with the idea of opening up to horizons outside our borders.  In 2018 I met a Romagna-based marzipan producer whose business had achieved an Ebitda of around €23 million. Talking to him, I asked him why he had no distribution channels in Germany, which is the country number one in the world to import these products. He replied that it was just because he did not speak German. I took over the expansion of his business and the result was an additional €15 million turnover.

Last June you announced a change to LCA’s governance model. Can you tell us more?

I have always thought it crucial to invest in a governance model, to the point of making it a workhorse. In addition to introducing a strategic committee and a general manager, we voluntarily decided to draw up a social balance sheet. Unfortunately, our profession comes up against some legislative limitations and protection gaps. Unlike in a company, a lawyer's work cannot be monetized for the benefit of future generations. There are no suitable structures for practising the profession in a corporate way.
STAs and STPs are not!
The vast majority of firms are professional associations, basic companies which have no specific regulations of reference nor, for example, any way of ring-fencing profit since they are forced to distribute them to partners. There are also no regulations for single-member lawyers. This means that associated firms are not subject to the payment of 4% on the volume of VAT generated, but actually anywhere from 6.4% to 6.8% because, since these individuals are considered professionals, they themselves pay 4% to the Cassa on the fees they receive from the firm, thus creating a 'double dip' situation. Starting from these considerations, I began to think about the type of operations to be undertaken.

Give us some examples causes dear to your firm?

We have fought for maternity leave for female lawyers and for the introduction of regulations to protect single-payer lawyers. We are proud to be the first law firm in the country (and the second Italian business full stop) to be certified for gender equality by Accredia and Bureau Veritas. As a prominent member of ASLA [Association of Italian law firms] we have worked to give practitioners 5 and 6 study leave weeks ahead of the two stages of the bar exam. On the D&I front, Italy needs a cultural revolution. Besides having the first LGBTIQ+ father in our firm, we have taken initiatives to facilitate professionals with DSA. For us, diversity is a very important value and a key part of our mission to put the human being before the professional.

For us, diversity is a very important value and a key part of our mission to put the human being before the professional.

In our firm, about 85% of profits come from extrajudicial activities. Taking a cue from the United States, I brought the concept of the 'Wisemen Committee' back to Italy: each year the partners' meeting elects five staff (in addition to the managing Partner and chairman) with the power to decide how profits are divided up between the individual partners, based on eight non-exhaustive criteria. When the profits are distributed, a proposal is made to each individual partner. I can proudly say that, not only have there never been any disputes over remuneration issues, I can honestly say that this procedure has helped create a more meritocratic and inclusive culture at the firm in recent years. The committee has the task of making an overall assessment that takes into account many elements and components. What’s more, it is formed about a year before the next scheduled distribution of profits, prompting members to spend time with colleagues they know less well. In essence, each member knows that they are one day judge and one day judged.

Since the beginning of the year, we have witnessed no fewer than nine lateral hires. What is the goal in this recruitment spree?

We never planned this expansion. Wherever there is interest and space for business, individual cells are added to the core. The opportunity has arisen for us to welcome excellent professionals to complement existing areas, also due to the disappointment of some market players in terms of where their careers were heading. The expansion of our teams will also involve a physical dimension: we have taken possession of the entire building where our Milan office is located, so that we will have the space to create an Academy Hall, a guesthouse/bar, a gym and other rooms dedicated to staff wellbeing. The integration of professionals of international caliber, some of which has already taken place and been announced, and the opening of an office in Rome are also planned for the near future.

The integration of international professionals, some of which has already taken place and been announced, and the opening of an office in Rome are also planned for the near future.

What makes LCA attractive for the professionals?

In the Italian market, many lawyers in their 40s find it immensely difficult to showcase their skills, because of the hierarchical nature of Italian firms. I imagine that our desire to build careers and the culture of valuing the individual are also well appreciated from outside. Passion is contagious and is also transmitted through work. We are lucky because we have many dedicated young people and I firmly believe in the added value they can bring. In my opinion, the young and very young must be encouraged to express themselves right from the start. We have carried out initiatives aimed at them, such as the Aperipeers, allocating a budget to the under-32s for team-building activities and fostering a climate where they feel free to discuss their ideas for the future.

You have just launched Your Legal Counsel. What is it all about?

Your Legal Counsel is a project focused on artificial intelligence, with the aim of streamlining processes and providing support to companies without in-house lawyers. The Alseek platform makes it possible to search for documents and technical opinions issued by professionals. The information is aggregated so that companies can receive immediate, qualified and uniform assistance.

LCA is very active on the pro bono front. How have you dealt with recent crises?

We have always devoted a great deal of time and economic resources to pro bono and charitable activities, and support several charities and foundations, including Ail, Associazione Cilla, Associazione Italiana Dislessia, Banco Alimentare, City Angels, Red Cross, Fondazione IEO-MONZINO, Archè. I am also an advisor to the Andrea Bocelli Foundation and AIRC, which have carried out numerous initiatives. At the beginning of the pandemic, I immediately thought of what I could do to save people. Together with Tombolini, which was a client of ours, we had the idea of producing masks, which we almost exclusively gave away, especially to hospitals.

What are LCA's next goals?

I would like to see the brand take the place of the individual practitioners' names, as is currently happening. An important medium-term goal is to be the first listed Italian law firm by 2024. Due to legislative constraints we will probably have to list abroad. The listing would also have a central function for pension purposes. At the moment, there is a severance package for partners in our firm. The ambition of the listing, however, is not speculative but to increase transparency, capitalisation and value. In addition to creating an even greater sense of ownership and retention, it would give substance to the concept of sustainability, hence to LCA's business continuity.

An important medium-term goal is to be the first listed Italian law firm by 2024.