The deal marks Gilead’s largest-ever purchase, and its fourth major acquisition since the coronavirus pandemic began. 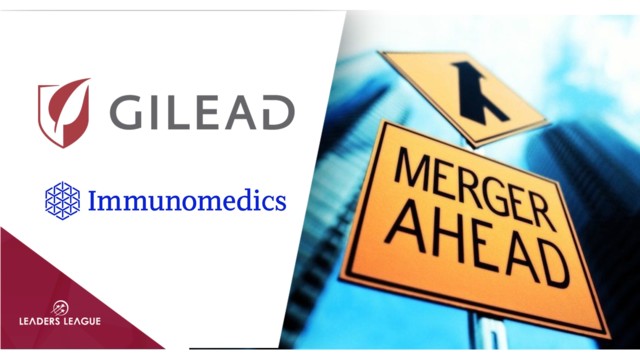 Having recently become a commercial-stage biopharmaceuticals company after the Food and Drug Administration (FDA) approved its drug Trodelvy as a third-line breast cancer treatment, Immunomedics had a market cap of less than half of what Gilead eventually ended up paying. The reason for the premium was that the purchase would bring Gilead its first de-risked solid tumour oncology programme, with a drug that had already enjoyed sales of $20 million since its launch in Q2. Trodelvy sales are expected to reach $2.3 billion by 2026.

The drug works by directly delivering chemotherapy to tumour cells whenever it recognises a particular protein, Trop-2, on the surface of those cells. It is the first available treatment for patients with triple-negative breast cancer, and could treat patients with pancreas and bladder cancer, which also often feature the Trop-2 protein.

Despite the clear promise of the drug, analysts do not all agree that its entry into Gilead’s stable justifies Immunomedics’s steep asking price, especially given that high-promise drugs such as remdesivir and filgotinib are now underperforming for commercial and regulatory reasons respectively.

Nonetheless, Gilead’s move into oncology is a strategic one, and one that will – given the drug’s projected sales – reap big profits in the years to come.