The economic landscape and working practices make this market totally atypical and complex, but the country still has a lot to offer. More than ten years after the arrival en masse of British and American firms, Germany is weighing its options and heading for greater stability. 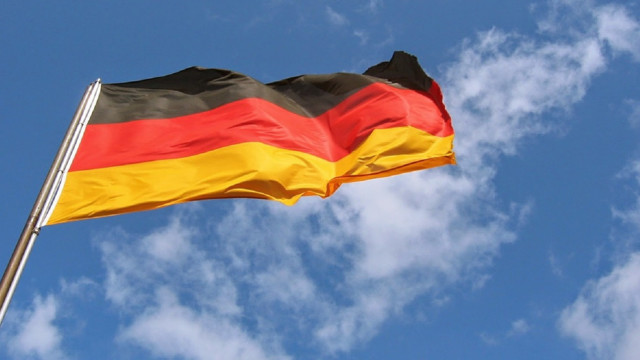 One of the reasons for this phenomenon is that the law profession in Germany is not incompatible with other professions, such as notary, chartered accountant or auditor. Under certain conditions and standards of ethical conduct, lawyers may even continue to work as jurists.

A MAGNET FOR MULTINATIONALS

Germany is the fourth ranking economy in the world and an innovative place leading Europe when it comes to filing for patents. Behind the US, Germany is the second largest research site for multinationals in the world. The European Patent Office is based in Munich and patent lawyers are positive that the long-awaited and discussed Unified Patent Court (UPC) will finally become a reality. The location of the Central European Bank in Frankfurt is further proof of Germany’s international standing.

Little known as mid-sized companies and world leaders in their sector, the Hidden Champions alone account for 25% of German exports. The Hidden Champions concept is attracting increased attention the world over. In the last ten years, the 1,307 German Hidden Champions created one million new jobs. They increased their global market share in spite of a bigger world market and created a massive wave of innovation. Their strategy consists of defining the market narrowly and working deeply into the value chain. Their motto: “We only do one thing, but we do it right!”

Germany is a federation of Länder that is governed by the principles of regionalism. The market is not dominated by one city, the capital or by one region in particular. The largest enterprises in the DAX 30, Germany’s stock exchange index, are located in Stuttgart (Daimler), Düsseldorf (Eon, Henkel or Thyssen-Krupp), Cologne (Lufthansa), Frankfurt (Commerzbank), Munich (BMW, Siemens), and Hamburg (Beiersdorf). Clients choose their lawyer from local firms that are close to their headquarters. This decentralization makes the German market different from other European markets and helps to explain how the legal profession is organized in the country. Proximity is the watchword. In spite of the effects of regionalism, three cities stand out from others. Frankfurt, Düsseldorf and Munich are the winning trio for any Anglo-Saxon firm that wants to succeed in Germany.

Berlin became once again the capital following the reunification of Germany. In 1991, the German Parliament voted to move the seat of the German capital from Bonn to Berlin, a process that was completed in 1999.

Berlin’s economy is dominated by the service sector. Research and development have a great significance for the city.With the euro zone, Berlin has become a center for business relocation.

Many German and international companies have offices and business centers in Berlin. Berlin has been recognized as an important center for business founders. Many startups have established in the city.

In addition, some of the biggest German companies have their headquarters in Berlin, such as Siemens, Deutsche Bahn, Deutsche Telekom, and Axel Springer. Daimler manufactures cars in the city, and BMW builds motorcycles. In the chemical sector, Bayer Health Care and Berlin Chemie are headquartered in Berlin. The city is also the headquarters of foreign rail technology leaders, Bombardier Transportation, Thales, and Stadler Rail.

Berlin has become the third most visited city in Europe, and ranks among the top three conference destinations in the world (organization of major fairs, for example the tourism fair ITB).

There are many law firms established in Berlin, with either headquarters or satellite offices there.

Just behind London, Frankfurt is the second largest financial center in Europe. Commonly known as the city of banks (almost 500 banking institutions are based in Frankfurt), the city is home to the European Central Bank, the Frankfurt stock exchange (Deutsche Boerse) and the largest domestic banks. Commerzbank, Deutsche Bank, DZ Bank, Fraport, kfW have their headquarters in Frankfurt. For every firm based in Frankfurt, financial law is the most important practice.

Westfalia and Rhineland are the historical homes of the German industry. Even today, North Rhine-Westfalia has the highest amount of DAX and MDAX listed companies, followed by Bavaria and Baden- Württemberg. Lufthansa, and Lanxess are headquartered in Cologne, Deutsche Telekom, Deutsche Post in Bonn, Evonik, Thyssenkrupp and RWE in Essen, Henkel, EON and Metro in Düsseldorf. The pharmaceutical giant Bayer is based in Leverkusen. Thanks to these companies, in addition the numerous “Mittelstand” enterprises, the region is attractive for every business law firm.

MUNICH: THE PLACE TO BE

Munich is the home of many German success stories, and particularly to seven companies listed on the German DAX: Allianz, BMW, Linde, Munich RE, Siemens (which has its headquarters split between Munich and Berlin), as well as Infineon Technologies and ProSiebenSat 1, located in the Munich area. Other companies listed in M Dax, S Dax oder Tech Dax are also located in

Munich, and so are the offices of many foreign companies. Munich is one of the most dynamic and prosperous cities in Germany, home of the European Patent Office, and numerous private equity and venture capital firms. In recent years more and more firms have opened offices here. Simmons and Simmons for example, opened a new office in Munich in 2013. The city also has many boutiques specializing in the intellectual property field. Most of the biggest law firms in Germany have an office in Munich.

STUTTGART: HOME OF THE AUTOMOBILE

Hamburg is the second largest city in Germany, just behind Berlin. One of the busiest cities and ports, the Free and Hanseatic City of Hamburg positions itself as an international business center, and is considered a Northern European hub for shipping. Firms here have always fostered close links to the UK and Scandinavia. The trend toward investment from China has led to larger emphasis on trade links.

Many listed companies have their headquarters in Hamburg, such as Beiersdorf, Fielmann, Nordex, and also Aurubis, Evotec, Jungheinrich, TAG Immobilien. The Port of Hamburg ranks second only to Rotterdam in Europe. The famous shipyard Blohm+Voss is based in Hamburg.

The city is also a center for media (with Axel Springer, Gruner & Jahr, Bauer Media Group). Hamburg is also, along with Toulouse, an important European location of the civil aerospace industry (Airbus).

At a time when the deal market is regaining momentum and law firms are seeing continuously high utilization rates in compliance work and disputes, lawyers should be doing well. But even though the return of an animated M&A market and more public takeovers are positive signs, law firms cannot entirely exult in their greater utilization rates due to the fact that profiting from this in advisory work is no sure thing, because at the same time, the competition for clients and price pressure have risen more than ever, particularly in the mid-range market segment. In reality, what this means is that even the busiest firms will be unable to simply react with growth and new hires – especially as the competitive situation is being fueled by new players entering the legal advisory scene.

For the majority of German firms, the financial crisis is already ancient history. Having experienced the long weak phase in the transaction market, many partnerships learned the lesson that restructuring and compliance advice, as well as litigation, can bring profitable activities.