Angela Merkel — the European Union’s longest serving current head of state — is set to step down as chancellor in 2021 having ruled out running for a fifth term next year as a Chancellor. Her final months coincide with Germany takin up the rotating presidency of the EU on July 1st. Her legacy secure, could she yet craft a memorable swan song? 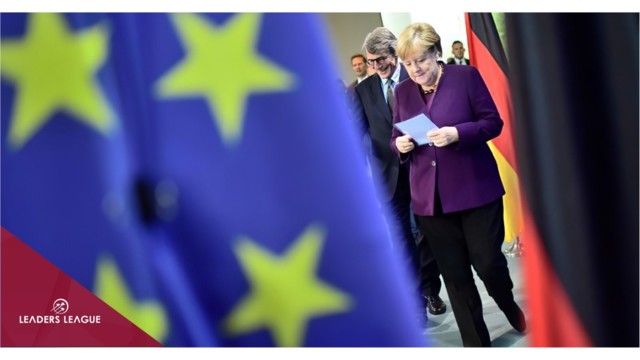 The Germany presidency comes as Merkel rides a wave of popularity, due in the main to her successful handling of the coronavirus pandemic.

What is clear is there is plenty more work for Berlin in the months ahead.

What will be on the front burn of German’s presidency:

Germany needs to put into action its promises for environmental protection, which have been tempered by the outbreak. As Europe emerges from the worst of the coronavirus pandemic, it faces challenges on an epic scale.

The chancellor has acknowledged that the German EU presidency would focus on dealing with the social and economic impact of the new coronavirus as well as on environmental issues, but admitted: "It will be clearly dominated by the issue of combating the pandemic and its consequences."

Together with the French president, Emmanuel Macron, Merkel sketched out the bones of the €750 billion fund proposed by von der Leyen to bolster the bloc's economy. She made it clear that her most urgent priority was to reach a swift agreement over the post-coronavirus recovery fund – aimed at promoting a so-called green economic reboot – with a quarter of all funding channeled into climate-friendly sectors such as renewable energy, electric vehicles and building renovation.

Europe’s place in the new multi-polar, post-epidemic world order, will be built on a capacity for economic self-sufficiency, particularly in medical manufacturing and key industries, such as automotive, manufacturing of good, hospitality.

This fund, to be financed by EU-issued debt and distributed to countries in the form of grants rather than loans, still needs to overcome several hurdles if it is to be pushed through.

Italy and Spain, where the specter of spiraling, unsustainable debt is jeopardizing the recovery of already fragile economies, may have to be exempted from having to implement tough green measures, for the time being at least.

Additionally Merkel’s task is to find an agreement between the EU’s “frugal four” — Sweden, the Netherlands, Denmark and Austria — which want tough conditions to attached to aid given to coronavirus-stricken economies, and the southern European countries that want grants rather than loans. The aim is to secure an agreement at a meeting in Brussels on July 17th and 18th.

Then there is reaching an agreement on the EU’s next multi-year budget, with a proposed price tag of more than a trillion euros.

The EU and Britain have also intensified negotiations aimed at defining their post-Brexit relationship, with London eager to wrap things up sooner rather than later.

Merkel appears determined to take her time as president of the EU Council seriously.  She declared: “Europe needs us, just as we need Europe.”

Brexit trade talks are likely to be treated as one dimension of a bigger problem: shoring up the single market during a period of economic turmoil.

Tensions between the EU and the United States have also grown under the Trump administration, which plans to withdraw thousands of US troops stationed at bases in Germany. In November, the focus will be on whether US President Donald Trump, whose relationship with Merkel has deteriorated, manages to hold on to his job, and what that will mean for US-German relations

Another challenge under Merkel’s presidency will be the ultra-sensitive issue of the EU-China relations, as Chinas is both an indispensable economic partner and fearsome geopolitical rival. The latest EU-China summit held virtually last Monday, contained a comprehensive agenda addressing bilateral relations; regional and international issues, the Covid-19 pandemic and economic recovery.

Bilateral relations will be a central focus of Merkel’s presidency, as she sets out to obtain real progress on the opening of the Chinese market to European companies as well as providing stronger legal foundations for European investors operating in China.

Her time as chancellor may be ending, but Merkel's fingerprints will be all over the EU's roadmap for the six months and beyond.