Gary Birnberg: "One dispute that spent a year and a half in arbitration was resolved in a week through mediation"

The highly respected arbitrator and mediator at ADR institute JAMS casts his eye over mediation trends, tells us what makes JAMS different, and walks us through a compelling mediation case study. 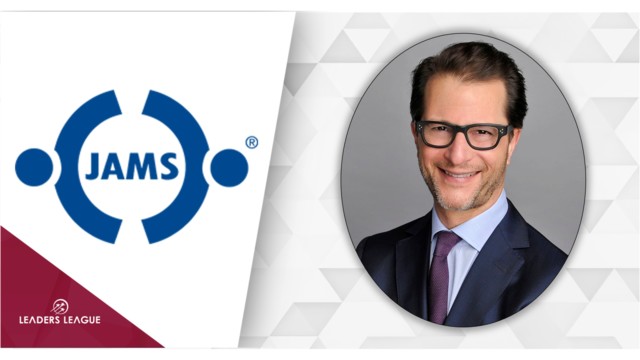 Leaders League: How have the worlds of arbitration and mediation responded to the pandemic and the resulting virtualization?

Gary Birnberg: It’s been a robust response from providers. Many people in the dispute resolution industry might never have embraced videoconferencing had they not been forced to, but the great majority of practitioners and clients have embraced it.

Some practitioners, especially attorneys representing clients, are keen to return to a physical format as quickly and fully as possible. I think they’re missing an opportunity – there are great efficiencies to be had with videoconferencing, for the process and for the client. It’s not appropriate at all times or in all situations, but it can certainly contribute to the practice of alternative dispute resolution (ADR).

I’ll give you an example. Currently I’m working as arbitrator on a case with 150 Latin America-based claimants. The respondent is US-based. On any given day of the hearings – we’ve had over 20 hearing days so far; we expect to have 100 more – anywhere between 50-85 people will be participating via Zoom, from three distinct locations. And that’s not even including the legal teams, the tribunal or the multiple interpreters. We have the attorneys showing documents on screen, highlighting and referencing sections, and all this interpretation going on.

We wouldn’t be able to fit all these people in a single room unless it was in some sort of stadium. So we’re giving the claimants an opportunity to participate in a way that would have been very difficult beforehand.

What have been the general trends in mediation over the last few years, have there been any surprises, and what do you predict for mediation in 2021 and beyond?

The accelerating trend is the greater use of mediation – in complex commercial cases, high-stakes cases and cross-border cases.

There are a number of factors, the greatest in the last couple of years being the advent of the Singapore Convention. Initially signed in August 2019, this treaty addressed the ability of parties to execute settlements or contested settlements that were reached in mediation. This was theoretically difficult in the past: in most jurisdictions, the only recourse for the parties was to sue for breach of the contract constituted by the mediation settlement. The Singapore Convention effectively gives a direct mechanism for execution of settlement awards reached in cross-border mediation within the court systems of countries that are signatories to the Convention.

The main criticism of this was that it was a solution in search of a problem. One would assume that two or more parties that reached a settlement agreement in mediation would have the intention of carrying it out – so why would you need a mechanism for automatic court enforcement?

The answer is clear: it has less to do with case-by-case need than with the attitude or perspective of the lawyers representing clients in dispute resolution. Since the New York Convention of 1958, lawyers have been able to advise their clients that an award reached through arbitration could be enforced through the countries signatory to the New York Convention. So that was a comfort, and very important. But it always stuck in lawyers’ craw that although they could tell their client that they could enforce an award in arbitration, they couldn’t tell them the same about mediation. The vast majority of settlements reached in mediation don’t need enforcement, but this was academic to these lawyers. They cared that there was technically nothing definitive or enforceable resulting from mediation.

53 countries have now signed the Singapore Convention – many more than initially expected. This has refocused dispute resolution practitioners, especially in arbitration, on the validity and possibility of using mediation either in a standalone way or integrated in a process – say, through step clauses or an alternating arbitration-mediation process.

The second contributing factor: mediation can be done by videoconferencing, anywhere, any time. It can be short sessions, long sessions or supplementary sessions. We’ll probably also see in the future main mediation sessions in which people are together physically, with follow-on sessions via videoconference if a settlement is not reached in the physical session.

In your view, what makes JAMS distinctive as a center for alternative dispute resolution?

JAMS was started in the ’70s by a handful of ADR pioneers in California who’d just left the bench. They had a notion that there were many cases in the ether of the legal sphere that could be resolved without litigation. Mediation, a new notion, was not applied to commercial conflicts at the time.

The founders of JAMS went to litigators who had argued cases before them in court – in other words, people they knew had confidence in them. They said, “Give us your absolute worst cases – the ones at the bottom of your file folder that you just don’t want to litigate. Give us a chance to sort them out between the parties through mediation.” And lo and behold, these former judges amassed an incredible record of settlements, just by taking these rotten, tough cases, sitting the parties down and guiding them through a conversation.

The fact that these were tough cases informed how the founders of JAMS approached them: “This is your best chance to get this settled. No one knows who could win this in court, and either way there will be a high level of frustration and disappointment.” They contrasted the dreary litigation option with the possibility of settlement, which could be crafted in the parties’ own hands, with the help of mediators. As JAMS expanded, it became known for its quick and direct approach: parties would come to JAMS to achieve mediation settlements, quickly and cleanly.

In recent years, JAMS’s practice has become broader and more complex. There is now approximately a 2:1 mediation:arbitration split in JAMS’s 15,000+ yearly cases. The panel’s breadth from the standpoint of the practice experience to subject matter expertise has made it a sought-after institutional administrator of ADR services. Over the last few years, JAMS has developed a very strong cross-border practice and footprint. It’s taken on a number of mediators and arbitrators who, like me, have an international background and a decidedly cross-border practice.

A very important aspect of the JAMS practice is that professionals associated with it are prohibited from representing clients: we are an ADR pure-play institution whose professionals are dedicated uniquely to arbitration, mediation, and related neutral practice.

Another point that’s very distinctive, though not unique: JAMS is very engaged in the communities in which it operates, and in the campaign for the dissemination of mediation worldwide. We do this primarily through the JAMS Foundation, funded solely by JAMS neutrals and associates. The JAMS Foundation is a funding entity, supporting third-party NGOs with particular merit and linkage to the JAMS mission. This includes, among others, funding fora for university students to discuss, in a pacific and constructive way, the issues of the day that divide society, as well as programmes that work with police forces in various jurisdictions to help them, in conjunction with community leaders, to develop non-violent, productive interactions in their communities.

You’ve successfully mediated several high-value cases in your career. Could you walk us through one in depth, on an anonymous basis?

One mediation that springs to mind came via arbitration. It had been in arbitration for 18 months; it had to do with a vertically integrated monopolist within a national jurisdiction. The monopoly operated at the three basic verticals that were required for any transaction with a client to take place. So, the client was forced to go thrice to this one provider – though it might have looked like one transaction from the outside – in order to complete a transaction.

The national competition authority ordered the company to open up its monopoly to receive competitors. And after much negotiation, one specific competitor was knocking on the door, to get access to one of the three verticals. The authority told the parties that now was the time: they had a few months to come to an agreement on the price that the monopolist would charge the market entrant for that entrant to be able to provide an integrated price for its services to the public. In essence, and simplifying greatly, it was a decision of what each player’s margin would be, and how much the new entrant could make from each transaction.

The parties couldn’t settle, so, as per government administrative decree, it went to arbitration. After 18 months, they hadn’t even reached the hearing stage. So they decided to try mediation. At my insistence, they reserved a week for the process; they also gave me a very capable and experienced co-mediator. And we came to a settlement in five days. We walked out of the mediation – after a final, 22.5-hour day – with a stack of signed documents that comprised a handbook of how they would do business together. Each of those documents was about 20cm high.

Had the situation been resolved via arbitration, the award may well have been economically unfeasible. Each party had submitted detailed consultancy studies that supported their own position: one argued that the price charged for each transaction should be a few cents; the other, that it should be €20-30 per transaction. The arbitrators would have needed to do one of three things: pick the low price, which would have made business impossible for one party; vice versa; or go halfway. But if they went halfway – always difficult to justify – they would deprive themselves of the tools to make a reasoned, logical determination as to why they came to that determination. This, in turn, would have rendered the award indefensible.

And why couldn’t they make a cogent Solomonic decision? Because the positions presented to them by the parties were based on economic analyses that were, fundamentally, mutually exclusive. The brief of the arbitral tribunal was to make a legal determination on a set of facts, with profound economic implications for the market participants. As brilliant as the members of the arbitral tribunal might be, they did not have the tools to issue a solution optimized for the benefit of the businesses involved and the economy as a whole. As such, the practical implications of their legal-based solution might have defeated the purpose of having brought the arbitral court in for a determination.

In mediation, we could throw out the legal implications and work with the parties to come to a determination of a price that worked for both, preserving the competitive space for all and fulfilling the government’s administrative mandate. It was complex, difficult and all-consuming for the week that we worked together, but ultimately it was a matter of negotiation. In this case, it was not a legal decision. A legal decision would have been wholly incommensurate to the challenge. Rather it was a business decision, as it should have been: mediation permitted use of the tools appropriate to the challenge.