GAFA vs BATX: To Rule Them All

When it comes to the new technologies sector, and AI especially, the USA and China are head and shoulders above the rest. Measured by the number of startups, patents filed or sums invested ($25bn annually by Washington, $65bn by Beijing), the domination of these two economic superpowers in the new-tech sector is crushing. 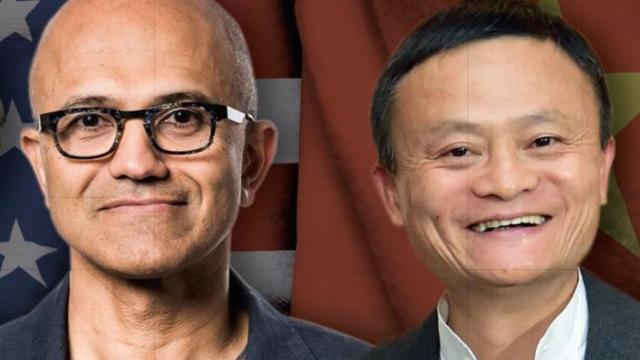 This dominance is embodied by a handful of tech giants: GAFA (Google, Apple, Amazon and Facebook – to which one could add Microsoft) and BATX (Baidu, Alibaba, Tencent and Xiaomi – throw in Huawei if you wish). These firms have a common denominator: stratospheric market capitalization, $4.5trn combined. That’s comfortably more than the GDP of the world’s fourth-biggest economy, Germany.

The similarities don’t stop there. Each of these companies is engaged in massive diversification of their business, in software, hardware and above all investment, thanks to research, development and acquisitions. All of this leaves them ideally placed to capitalize on the big tech-based sectors of tomorrow’s economy.

These leviathans, which owe their success to the development of the internet, are in a constant state of evolution, expanding their activities into AI, deep learning, autonomous vehicles, fintech and healthcare. In just a few years they have come to dominate our daily lives – just as they have done the global economy – to the extent that they now wield the power to profoundly remodel the way our societies function.

An Australian Alibaba, a French Facebook? GAFA and BATX have grown so big that the very idea a newcomer could rival them seems preposterous. And that’s the problem. Europe has taken the first steps in attacking their economic model, enacting new data-protection laws and promoting the European tech industry. It’s a third way that has yet to be tested.

In the eyes of Washington and Beijing, commercial and technological advances are of national – even nationalist – importance. This economic and geopolitical rivalry has reshuffled the deck for the big tech companies, who are at once the perpetrator and the victims, as Apple and Huawei can attest.

One final risk to these companies comes from their market dominance. Accusations of abuse of dominant position and calls for greater regulation have grown in recent years. In the US the Federal Trade Commission (FTC) has launched a taskforce to look into monopolies in the tech industry; this could see, for example, Facebook being forced to sell Instagram.

Attacked on all fronts, GAFA and BATX are putting up fierce resistance while forging ahead with their plans for world domination.

You can find our other articles on the GAFA and BATX by clicking on following links: