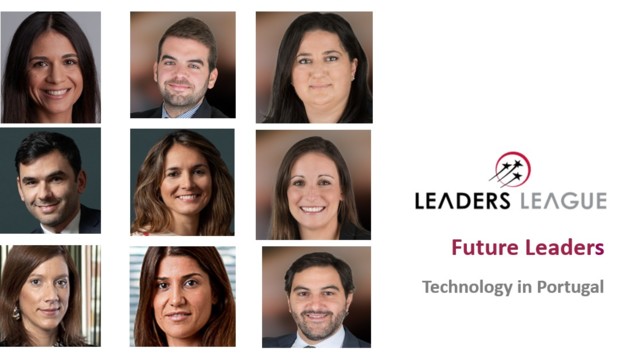 Who will be the future leaders in technology law in Portugal? As part of its ongoing legal market research, Leaders League has identified those lawyers that, despite not currently being the most senior practitioners at their firm, are expected to be at the forefront of the Portuguese technology sector in the years to come. Given the constantly evolving nature of technology, it is vital that lawyers working in this field are constantly up to date with the latest innovations and their implications, as well as the new regulatory frameworks that are being implemented to police such innovation. The lawyers in our list are gaining the in-depth knowledge and experience that is putting them on the path to becoming members of the new wave of leading technology lawyers.

What are the criteria for making the Leaders League Future Leaders list? The lawyers included have met at least two, and frequently more than two, of the following criteria:

The lawyers that make the Leaders League Future Leaders: Technology in Portugal list are as follows (in alphabetical order):

Track Record: In the last 12 months, De Oliveira Alves has been part of legal teams advising the world’s biggest technology companies on the launch of new products in the Portuguese market and, specifically, their adaptation to the Portuguese legal framework. She also has notable expertise in the field of online gambling – she has been involved in advising major international players in the sector, such as Pokerstars, on compliance with online gambling and betting regulations in Portugal. She has also been part of teams advising technology platforms on public tenders for online lottery software.

Background: De Oliveira Alves, who is an associate in CCA’s TMT department, joined the firm in 2013. The main focuses of her practice include online gaming, advertising and public contracting.

Background: Paula joined VdA in 2016. He was previously a legal counsel at software company SAS. Prior to that he was an associate at Caiado Guerreiro.

Track Record: Ornelas has been part of the team advising the World Wide Web Foundation on the development of the Strategic Plan for the Universal Access and Service Fund in Mozambique – this has included conducting an analysis of the legal, regulatory and policy framework.  She was also part of the team that drafted and negotiated a transition and migration agreement for the transition of IT systems, and transfer of data, related to Deutsche Bank’s sale of its private & commercial business in Portugal to ABANCA. She has also been involved in advising some of the world’s biggest global technology players on the laying of submarine cables.

Background: Isabel Ornelas joined VdA in 2006. Her areas of expertise include privacy and data protection, and she has extensive experience of conducting privacy compliance audits in the banking and finance, health, insurance and telecommunications sectors.

Track Record: PLMJ managing associate Silva Martins is co-head of the firm’s technology, mobility and telecommunications practice. In the last 12 months, he has advised digital media companies on the launch of new ventures in Portugal, international telecommunications companies on 5G rights. Clients include some of the biggest technology companies in the world. He has led PLMJ teams defending major technology companies in cases related to the alleged violation of Portuguese legislation.

Background: Before joining PLMJ in 2018, Silva Martins was of counsel at DLA Piper ABBC and, prior to that, a senior associate at Vieira de Almeida. He has acted for international clients in the technology sector in entering, setting up and operating in the Portuguese and European markets.

Track Record: In the last year, Faísca has been part of teams advising some of the biggest technology companies in the world. In one particular case she was involved in advising a major technology company accused of violating Portuguese law. She has been involved in advising international telecommunication businesses on their rights in relation to 5G. One of her particular areas of expertise is the regulation of electronic communications and she has advised big name clients on such issues. As a lawyer at PLMJ, she works witha number of major telecommunications and technology clients including OMTEL.

Background: Faísca joined PLMJ in 2018, prior to that she was a senior associate at CCA Ontier, a firm where she had spent two years. Earlier in her career, she worked as a lawyer in the legal department of PT Group for 10 years.

Track Record: In the last year, managing associate Frias has been part of legal teams advising the Ministry of Science, Technology and Higher Education, on the model for public procurement procedures for a ‘Space Port’ for small satellites, as well as advising the ministry on ‘outer space’ research and development projects. She has also been part of the VdA team advising the Portuguese government on a space surveillance and tracking project.

Background: Frias joined VdA in 2015, she was previously an associate at Miranda & Associados. She has advised clients in a number of jurisdictions – including Portugal and Angola, in particular – with a major focus on aviation, energy and mining.

Track Record: Fortunato’s practice focuses on data protection law, new technologies law and consumer law. She has been seconded to technology clients Samsung and has also advised a number of major clients on General Data Protection Regulation implementation projects. Recognised for her client-focused approach to the provision of legal services, she is praised for her skills in relation to client engagement. She is also praised for her ability to work in multidisciplinary teams including clients’ HR, marketing, IT and sales teams. In the last year, she advised on an innovative project involving the development of an sales platform and app for a major technology company.

Background: Fortunato has been an associate at Cuatrecasas since 2018, working in the intellectual property, media and information technology practice. Prior to joining Cuatrecasas, she was an associate at Vasconcelos, Arruda & Associados. Earlier in her career, she was a lawyer at Moneris. She previously had a spell at Uría Menéndez – Proença de Carvalho.

Track Record: Cuatrecasas senior associate Queiróz Vaz is head of the firm’s IP, TMT and Data Protection group in Portugal where she leads a team of six associates. Her expertise includes IP, TMT and data protection, privacy, big data, blockchain, gaming, gambling, 5G and e-commerce. She has advised a number of major clients including Samsung, BMW AG, NetJets, Canon Portugal and JD Sports. She has advised some of the world’s leading technology companies on data protection issues in the last year, as well as advising clients on innovative smart real estate platforms. She has also recently advised online luxury goods retailers on cyber-criminality issues. She has also advised major technology companies on the development of sales platforms.

Background: Queiróz Vaz has been a senior associate at Cuatrecasas since 2016. Prior to joining the firm in 2008, she was an associate at Sérvulo & Associados for seven years. Before joining Sérvulo, she was a lawyer at Barrocas & Alves Pereira. She was acknowledged as the “driving force” behind the first webinar conducted by Cuatrecasas Portugal in November 2018.

Track Record: Bessa has been part of the team advising one of the biggest tech companies in the world on the deployment and operation of a submarine cable connecting African countries, as well as advising major clients in the space sector on various cyberthreats. He was also part of the team that advised the World Wide Web Foundation on the development of the Strategic Plan for the Universal Access and Service Fund in Mozambique.

Background: Bessa joined VdA in 2007, prior to that he was a lawyer at Macedo Vitorino & Associados. His practice mainly focusses on telecommunications, media, electronic commerce, copyright and consumer law.