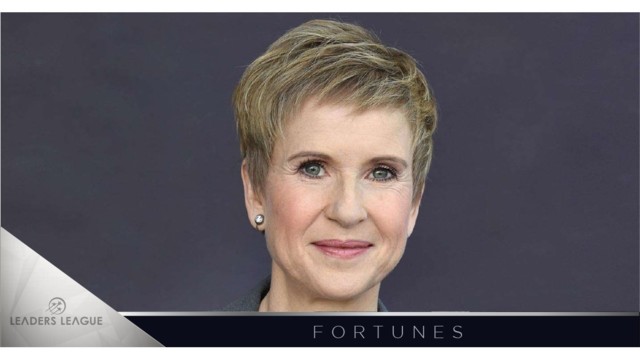 Many billionaires on our rich-list owe their fortunes to inherited wealth, but few can claim to have been bequeathed stakes in not one, but two of their country’s leading companies. Such is the case for Susanne Klatten.

Following the deaths of her parents, Klatten obtained a 50.1% stake in pharmaceuticals and chemicals company Altana and a 19.2% stake in BMW. She increased her stake in Altana over the years and is now the sole owner of the Wesel-headquartered company, which has over €2 billion in annual sales.

Family fortunes
The saga of the Quandt family began in the late 19th century, a period during which the patriarch, Emil, built a thriving textile company. His son, Gunther, took over prior to the First World War and, flush with cash from supplying the German army with uniforms, embarked on what would today be called an M&A spending-spree, buying the battery manufacturer currently known as Varta and acquiring stakes in BMW and Daimler-Benz, among other blue-chip companies.

The Quandt family have two golden rules: The family business must always expand, and control of it must always remain within the family. Following the 2015 death of the wife of Gunther’s son, Johanna Quandt, it was time for Susanne and her brother Stefan to step up.

Despite being crazy-rich Germans, the siblings were no jet-setters; the Quandt family did not get to where it is today by squandering time, money or opportunities.

The Quandt family have two golden rules: The family business must always expand, and control of it must always remain within the family

Susanne has become the focus of media attention in her homeland for the wrong reasons on a handful of occasions, however. First in 1978, at the tender age of 16, German police foiled a kidnapping plot, and more recently, in 2010, when she made front-page news by accusing her lover, the notorious Swiss gigolo Helg Sgarbi, of extorsion for threats to make sextapes public unless she continued to  ‘loan’ him millions of euros.

The 59-year-old cannot be accused of hypocrisy when it comes to wrongdoing. Following the release of a no-holds-barred documentary on German TV in 2007 entitled The Silence of the Quandts, which dropped a number of bombshells concerning the family’s close ties to the Nazi party and its use of slave labor during the Third Reich, Klatten commissioned an investigation by historians, the result of which was an independent, 1,200-page study released in 2011 that concluded, "The Quandts were linked inseparably with the crimes of the Nazis," according to Joachim Scholtyseck, an historian who worked on the report.

In grasping the nettle and reckoning with her family’s wartime past – hitherto a taboo subject in German society – she earned the respect of her fellow citizens and paved the way for other German companies, such as Hugo Boss, to shine a light on their activities in the 1930s and 40s.

She’s electric
BMW was in the vanguard of the electric vehicle revolution through the i3, which debuted as a concept car at the 2011 German International Motor Show, and began rolling off the production line in September 2013 in Leipzig. BMW even ranked third amongst electric cars sold worldwide from 2014 to 2016 and the 200,000th i3 was assembled in 2020.

Yet the company lost its way somewhat in the latter part of the last decade under a CEO, Harald Kruger, who was determined to cut back on electric-car development and who let the majority of BMW’s e-vehicile expertise join the Bavarian company’s rivals. Klatten took the wheel and brought his reign at BMW to an end in 2019, installing Oliver Zipse in his stead.

In 2021 the company unveiled its new generation of electric vehicles, the i4 and iX. With BMW back in a position to compete with Tesla (whose new Berlin plant is set to begin production in a few short months) and longer-standing local rivals, this mother-of-three has demonstrated that she still lives by the Quandt family golden rules.