Little-known in the West, steel magnate Alexey Mordashov is knocking on the door of Europe’s top ten richest individuals. 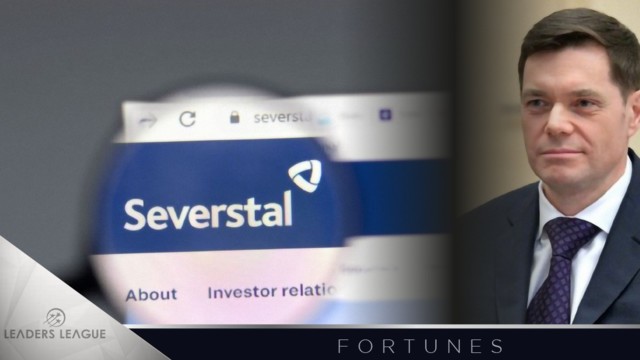 Iron is in Alexey Mordashov’s blood. The son of two steel-factory workers, he grew up in the 1970s in Cheropovets, a city of some 300,000 souls located 250 miles due-north of Moscow.

After studying economics in Saint Petersburg and continuing his academic life in England, he returned home to the industry he knew best, armed with the latest knowledge on how to exploit it.

Today, he is in charge of a Severstal, a mining company whose headquarters is located a stone’s throw from the building he grew up in. Far from a household name in the West (his acquisitions do not include flashy European football clubs or famous French chateaux but, rather, supermarket chains and travel companies) his 50,000 staff strong group nevertheless plays an indispensable part in the global economy, supplying essential raw materials for the auto, construction, machinery and oil & gas sectors, among others.

Cultured, open to the world and a speaker of several languages, Mordashov is the embodiment of a new wave of Russian billionaires

An increasingly profitable business as it turns out, one which has made the 56-year-old Europe’s 11th richest person, with an estimated fortune of 27.4 billion euros.

Steeling a march
Indeed Mordashov and fellow Russian metalurgy magnates Norilsk Nickel’s Vladimir Potanin and NLMK Group’s Vladimir Lissin have been shooting up the rich-lists of late, and are now rubbing shoulders with the continent’s wealthiest luxury goods and retail tycoons.

Cultured, open to the world and a speaker of several languages, Mordashov is the embodiment of a new wave of Russian billionaires, those who made their fortunes in a post-millennial, capitalist-leaning country far removed from their forebears who thrived during the post USSR denationalization goldrush of the early 90s.

If his sophisticated way of moving in globalist circles has more in common with Western capitalists, Mordashov nevertheless shares many characteristics with the oligarchs of old, including a close relationship with Vladimir Putin, a costly divorce and a penchant for superyachts, in Mordashov’s case the 142-meter-long, 20-cabin Nord.

But the Leningrad Institute of Engineering and Economics graduate has little time for swanning about the Cyclades in his half-billion-dollar boat. He is on the boards of numerous industry bodies, acting as vice-chairman of World Steel Association, head of the Russian Union of Industrialists and Entrepreneurs’ trade committee and vice-president of Russian-German chamber of commerce, among other prestigious posts.

He also regularly speaks out on world trade issues. “What is important for the steel industry globally and for all countries is to preserve a level playing field. That should be our focus, and to avoid subsidies.”