Fast-growing international law firm Fieldfisher has expanded its energy practice by hiring five partners across London and Birmingham. The UK team at Leaders League gets exclusive insights into what these lateral moves mean for the practice. 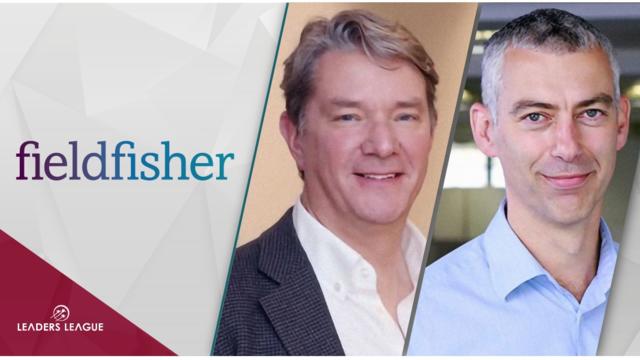 Fieldfisher has hired five partners across London and Birmingham to bolster its energy practice as part of a firmwide strategic focus on the sector. Matthew Williams, Elisabeth (Lis) Blunsdon and Mark Nash join from fellow law firm Orrick, Herrington & Sutcliffe while commodities specialist Rashpaul Bahia and project development expert Hugo Lidbetter have been recruited from, respectively, Morgan Stanley and EDF.

Matthew Williams joins as practice co-head, bringing to bear over 20 years of experience in energy, particularly renewables. He is ‘relishing the opportunity to grow a practice with the strategic backing of management’. His fellow practice leader Dominic Gurney-Champion, who has been at Fieldfisher for close to 20 years, sees this hire as ‘transformative for the firm’s energy offering’. Both are keen on expanding the practice at a European level, including by building on existing capabilities in Germany, where corporate energy partner and renewables specialist Daniel Marhewka is based, The Netherlands and Belgium. It is also likely that the practice stands to benefit from the firm’s very recent (1 May) expansion into Ireland via a merger with McDowell Purcell: the legacy top 20 Irish firm has a standout regulatory practice and there is talk of adding 30 lawyers to the Dublin office.

Lis Blunsdon is a regulatory specialist who sees the move as ‘a fantastic opportunity’, pointing out the ‘very interesting developments at the cross-section of energy and technology’ as an exciting potential workstream.

Commodities and energy trading expert Rashpaul Baia adds significant transactional capabilities to the practice. A former Morgan Stanley partner and Reed Smith lawyer, he has been hired into the firm’s Financial Markets and Products team.

While it has been active in energy and natural resources for over 50 years, Fieldfisher really upped the ante in 2016 when it decided, as part of a strategic firmwide review, that the sector was one of three it would single out for accelerated growth. This series of recent hires is evidence of that strategic focus bearing fruit and the firm is not going to stop there, with more hires across Europe very likely.