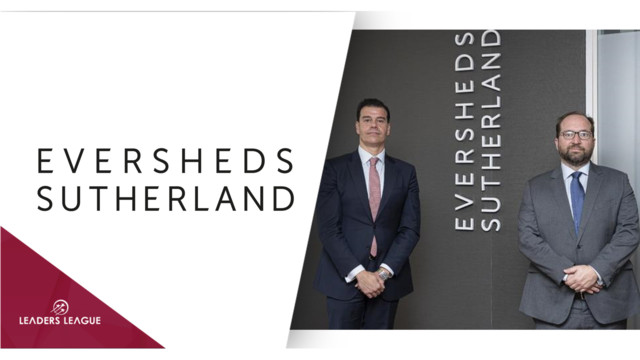 International law firm Eversheds Sutherland has hired Rafael Cruz Torres as counsel in the energy department of the firm's Spanish office. His signing is part of the firm's strategy of promoting a practice that is at a critical moment given the dynamic changes the sector is facing.

Cruz, who until now held the position of global general counsel of the thermal division of the ContourGlobal group, has more than 20 years of experience in energy in all types of negotiations and corporate operations, as well as commercial and contractual advice regarding a wide range of issues, including solar photovoltaic, thermosolar, wind, hydraulic, and oil & gas plants. Throughout his long career, Cruz has negotiated and advised on the creation of joint ventures, venture capital companies, management companies, and all kinds of operations both for the development of portfolios and for their acquisition, financing, sale, and management, including power purchase agreements (PPAs) between individuals and with governments, turnkey engineering (EPCs), operation and maintenance, etc.

Cruz received his law degree from the University of Jaén and has been a member of the Madrid Bar Association since 1999. He began his career at Gómez-Acebo & Pombo, after which he joined the international firm Linklaters as an associate until 2005, when he joined Allen & Overy in Madrid as a senior associate specializing in infrastructure and renewable energy in the firm's corporate department. In 2013, he joined the venture capital fund manager Plenium Partners as director of legal advice, a company specializing in the acquisition, management, and operation of renewable energy assets in Spain, Italy, and Portugal, until 2018 when he was appointed general counsel of the thermal division of ContourGlobal, where he has been responsible for the legal management of 18 jurisdictions in Europe, Africa, and Latin America, and has been a member of the group's Senior Executive Committee.

Jacobo Martínez said that “Rafael is an excellent professional who has proven and extensive experience in the energy sector. His addition to our team will boost a practice that is experiencing a critical moment due to the boom in the energy sector in Spain, investor appetite, and the complex regulations of the market. With the addition of Rafael, we have increased our ability to offer highly qualified advice to the needs of our clients in one of the most strategic sectors of our firm at a global level.”