European Copyright Directive: What do articles 15 and 17 mean?

In September 2016, the EU put forward the idea of reforming the 2001 copyright law to adapt it to the digital age. After a long debate, the trialogue (Commission, Parliament and European Council) proposed a text of 32 articles to the members of parliament. On March 26th 2019 in the European Parliament in Strasbourg, the directive was approved: 348 in favor, 274 against, with 36 abstentions. The directive was also approved by the Council of the European Union on April 15th 2019. After publication in the Official Journal of the EU, on April 17th 2019, member states had 24 months to incorporate the directive into their national legislation. Now the ball is in the court of the member states. However, the debate remains heated, especially around articles 15 and 17. 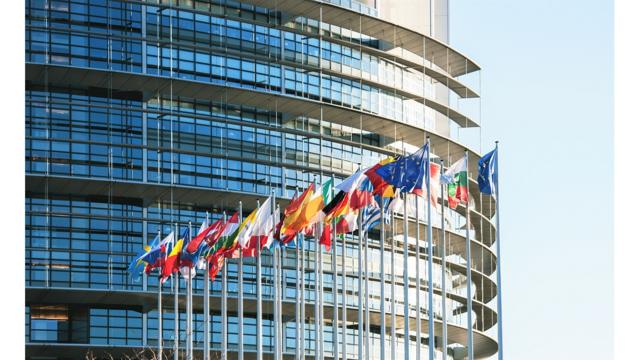 What the directive provides for

It's true: the European Council approved by qualified majority, without discussion, the directive amending the rules on copyright. However, there are some countries that voted against: Italy, Sweden, Finland, Poland, the Netherlands and Luxembourg. Abstentions were Slovenia, Estonia and Belgium. Germany - although in favor - has officially invited the Commission, responsible for implementation, to avoid upload filters and censorship. These measures require the approval of a majority of member states representing at least 65% of the European population.

Discussions on the directive seem to be never-ending. Copyright reform seeks to ensure that authors and copyright owners receive fair compensation from digital platforms, resulting from the publication of works on these platforms. So, on the one hand, we have the rights holders. On the other hand, the online platforms, first and foremost: Google, Facebook and YouTube.

Thanks to this directive, the former will have a greater chance of negotiating agreements on remuneration resulting from the use of their works, while the latter will have to monitor and regulate the uploading of these works. These two factions have been on a collision course for some time, each entrenched in their own position.

The most significant - and also the most discussed - changes concern Articles 15 and 17, respectively ex Articles 11 and 13: the first concerns the press, the second the "use of protected content by online content-sharing service providers" such as multimedia products.

In practice, this article allows the press to benefit from part of the earnings received by information aggregators and social networks thanks to the content produced by information sites. Google News and Facebook are clearly in the fireling line here.

Some paragraphs of this article state that use without economic purpose should be free. Neither do hyperlinks nor the use of single words or "very short extracts" constitute a violation. Finally, member states themselves are be obliged to provide compensation to the authors.

The same logic of protection applies to intellectual copyrighted works. Article 17 (ex Article 13) obliges online platforms to obtain authorisation from right holders to upload works and, where appropriate, to grant them fair remuneration. This article is based on proportionality, according to which startups less than three years old, with an annual turnover of less than €10 million and with an average monthly traffic of unique visitors of less than five million will have limited obligations. Once again, the targets are the big platforms, such as YouTube and DailyMotion.

If they do not obtain authorisation, they can be held responsible for unauthorised communication. In essence: YouTube & Co are responsible for the uploading of works by third parties.

Users can, however, freely upload protected content in the event “quotation, criticism, review” as well as “use for the purpose of caricature, parody or pastiche.” In addition, content providers are exempted both if they demonstrate that they have to “made best efforts to obtain an authorisation" to prevent copyright infringement and if they demonstrate that they have acted "expeditiously" to remove a content, after receiving a warning from the owner of the rights.

This is a big change in web regulation: until now, in the eyes of the law, platforms were considered as passive hosts, not responsible for what was uploaded to their sites. But with the evolution of the internet this dogma has become increasingly obsolete: the web is now the number-one source of consumption of information and music.

Beyond its "revolutionary scope," however, the directive remains controversial.

Among the most frequent criticism is that of form. For example, the length of the "very short extracts" mentioned in Article 15 is not specified, just as (with regard to Article 17) the concepts of "expeditiously" actions and "made best efforts to obtain an authorisation" to be made by content providers seem random.

More details on the Directive and on the NO side criticisms, in the next Leaders League article coming out next Tuesday.