Eric Newton: “ we are_ is a place where ideas are born and talent can take flight"

The CEO of we are_, a community of creatives, entrepreneurs and decision-makers, speaks to Leaders League about the new dynamics shaping the entertainment and marketing sectors. 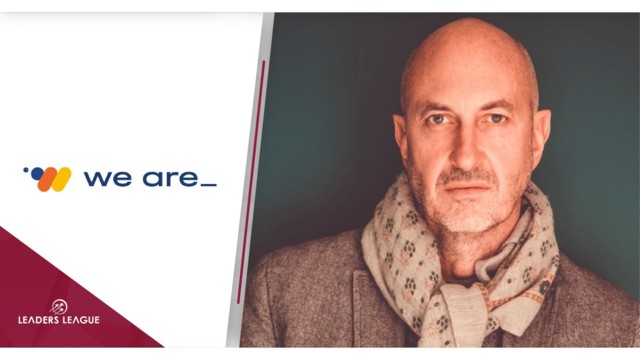 We Are_ handed x Leaders League

Leaders League: How did you get your start in the industry?

Eric Newton: I spent a decade and a half working in the media – advertising and digital marketing, mainly – for both French and international companies, and have worked for advertising agencies
such as Havas. About ten years ago I decided to set up my own company, HOME, which is an acronym of House Of Music & Entertainment. HOME had two purposes, the first of which was to be
a recording studio; over the years it has been used by the likes of James Blunt and Vanessa Paradis. The second aim was to help advertisers create content.

What led you to start we are_?

In my experience the creative flair of the French music and entertainment industry is not in question. Havas and Publicis are
among the top marketing agencies in the world. As regards television, TF1 is Europe’s biggest TV company; when it comes to music, Universal is the biggest record label in the world and Deezer is a household
name in music streaming. LVMH is the world’s biggest luxury goods company and architects Jean-Marc Wilmotte and Christian de Portzamparc are luminaries in the field. France is also home to unmissable industry events, such as the Cannes Film Festival, VivaTech and Midem. France is among the top countries in these sectors. And yet, when you look at revenue generated by the marketing industry, it translates to just 3.5% of GDP, compared to 10% in the UK. This is not
normal. We need to be making more out of French creativity. It doesn’t help that in France we tend to work separately, which hinders the industry’s ability to exchange ideas, something that is not a problem on
the other side of the Channel.

‘‘Revenue generated by the marketing industry in France translates to
3.5% of GDP, compared to 10% in the UK’’

So a one-stop-shop for creatives was necessary?

Indeed! To be able to meet you need a meeting place. Today, that meeting place is we are_. It’s the way the industry is going. During the pandemic, we’ve seen initiatives designed to bring marketing professionals together in the UK and the United States. What has France done? Nothing. It took us two years to put together this
project and create this space dedicated to the artists and professionals of our industry, a place where they could meet, get to know one another, share ideas, discuss problems and find solutions together.
To facilitate this kind of dynamic collaboration we have created shared spaces within our facility, such as bars and restaurants, and also have a studio where content can be produced and broadcast.

How is we are_ financed?

We conducted a round of fundraising, which brought in around 40 investors such as Marc Simoncini, the founder of Meetic; Pierre-Eric Leibovici, the founder of Daphni; and Olivier Goy, the founder of October. Our investors include many big names from the media, tech, internet
and luxury goods spheres. From our point of view, we welcome the fact that we have shareholders from a plurality of sectors.

Who is we are_ designed for?

It is important that we are not only seen as a club. Three different types of clients can avail of we are_. Firstly, the general public can use the space to host exhibitions and access a range of creative solutions. Next
come private companies, which can use the space as they see fit. Lastly, we have members of the music and entertainment industry, who can pay a membership fee to access our facilities.

Who is eligible to become a member?

To become a member you must be engaged in an activity linked to the music and entertainment industry or, at the very least, be a keen amateur. The price of admittance is a flat €1,200 plus an additional
€1,200 per year. And as a member you will be expected to share your
expertise, knowhow and, indeed, address book in order to bring added value to the we are_ service. The name we are_ is inspired by the
Ubuntu axiom made famous by Desmond Tutu: “I am, because we are,” which is a succinct way of saying, “we succeed when we belong, participate and share,” with the implication that by ourselves we cannot.
This belief is the essence of we are_ and a creative force in motion.
I believe wholeheartedly that the genius of bygone generations still exists in the DNA of modern France. At a time when we are being challenged more than ever8 by the Americans and the Chinese, it is
imperative that we harness all our creative energy, we French who gave the world photography and film and have an unrivalled literary capacity.

In concrete terms, when you talk about we are_’s facilities, what do you mean?

The first of these is our network, from which members can access a digital platform allowing them to interact with all the movers and shakers in the music and entertainment business. The second is our meeting places, where they can get to know one another, and the third is that
each evening we host an event with industry players.

At the end of every day we hold debates and movie screenings. During these encounters, musicians can play their music, game designers can show off their latest video game, writers can share their books etc. You never know what an evening might have in store!

What’s next for we are_?

We want to grow our community of active users and become a place where ideas are born and talent can take flight. And if people feel comfortable and have fun exchanging with others and working
on projects at we are_, that’s already half the battle.