Elizabeth Rossiello (Founder & CEO, Bitpesa): "We have lowered the cost of international payments by 75%"

When Elizabeth moved to Nairobi, she noticed a mismatch in foreign exchange. With the high costs making many businesses unprofitable, she created a solution - Bitpesa. 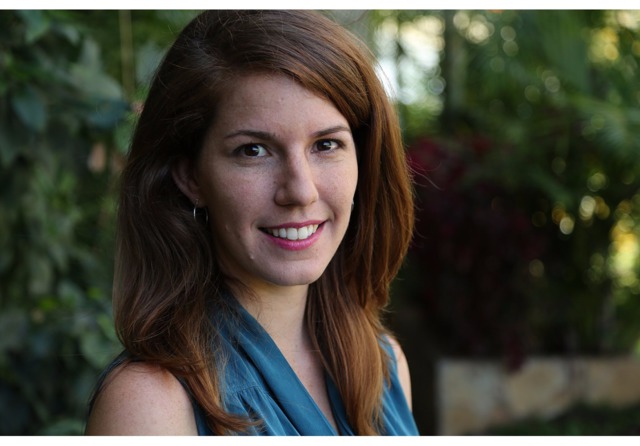 Leaders League. How did the idea for BitPesa come about?

Elizabeth Rossiello. My background has been in investment banking, working across Europe. When I moved to Nairobi in 2009, one problem I kept seeing was a mismatch in foreign exchange. There were great companies blazing new ground and new paths in Africa, but they were struggling with their foreign exchange. Payments destined for China from Africa were being routed through the US, which was inefficient and expensive. All their profits for the year were being burned away with foreign exchange volatility and high payment costs.

When we created BitPesa in 2013, we wanted to create a direct portal to African markets. We created a foreign exchange settlement product that took advantage of a simple, robust, decentralized technology. Blockchain technology is a cloud-based de-centralized ledger that anyone can build upon. Our model is similar to some start-ups in other markets, but we designed BitPesa’s platform specifically for frontier markets, which are often ignored by new tech start-ups.  BitPesa was the first company in the world to establish a market between African currencies and digital currencies.  We lowered the cost of international payments by 75% and reduced the time to settle between currencies from 12 days to less than 2 hours.

Where is BitPesa at now?

We have recently closed a funding round, and now operate in six African countries, with headquarters in Luxembourg and an office in London.  We are licensed in the UK by the FCA.

African SMEs are a big part of our customer base.  We also serve larger multinationals, who operate in sub-Saharan Africa and have realized just how difficult it is to make payments and settlements. We are growing and bigger companies are approaching us.  We are excited to see these bigger companies open to working with innovative young companies!

Are attitudes towards bitcoin changing?

There has been a negative association with Bitcoin in the media, and this carries over to some people still learning about the technology.   There was a big misconception repeated in the media about the technology being less safe – despite the fact that the Bank of England, the World Economic Forum and the IMF have all conducted research stating the way the technology has a low-risk for fraud, certainly much less than cash and traditional transfer methods.  The technology is here to stay and the tone has begun to change in the media. Making global payments using the bitcoin blockchain is safer, more efficient, and cheaper. Japan is an amazing case study, as they have made bitcoin and all digital currencies a form of legal tender, making the regulatory path very clear for companies using the technology.  With all the controversy surrounding bitcoin in Japan in 2013-2014, it might have been easier for the Bank of Japan to not take the time to learn about and embrace the technology, but happily they did the exact opposite.

The beauty of BitPesa is that all of the technology is in the background. You make the payment in Uganda by a bank transfer or credit card payment, and it comes through to a bank account in China in Yen. Of course, you can make payments in bitcoin, but most clients have a very traditional experience and do not hold or trade with the digital currency directly, rather allowing us to use it as a medium of payment. The customer is protected from any market volatility. In the same way as the Euro fluctuates against the dollar, digital currency pricing does fluctuate from day to day, but the value of each transaction is agreed upon before it begins and delivered upon a set rate.

Why have you chosen to focus on the African market?

Our team is truly passionate about Africa.  We have our homes and family here and it was very important to us that this was the region of focus to begin with. Also, there has been such an under-investment in infrastructure for so long in Africa, there was a lot of opportunity to bring efficiency into this market. It’s a big opportunity.

We’ve had a lot of companies that have said that they would not be able to stay in the country if we hadn’t provided this efficient solution. United Airlines left Nigeria because of payment problems. We want it to be easy for people to do business in Africa. It is difficult to do business here, and life is a little bit harder with travel, logistics and visas etc.… But it’s just part and parcel of this incredible opportunity that we have. That said, I’m not sure if it would have worked here if we had a less committed team.

There is a significant underrepresentation of women in innovation; what has your experience been in this area?

I’ve definitely felt I’ve had to work four times harder to prove myself than maybe I would have had to have if I weren’t female.  People always ask me how can I do this when I have young children – and these are questions that men with children don’t face. I’m often the only female speaker at a conference! There’s recognition that it’s a problem, whether we see the whole system change so that it is easier for females to get funding etc… What I can say though, is that my experience has shaped BitPesa – at one point, our entire executive team was female! We hire a lot of women - In a way, we have become a point of refuge and we receive some of the best CVs in the industry from women who admire the ethos and are eager to join us. Our team is perhaps our greatest asset.