Moving to avert a deeper economic crisis, Ecuador’s President Lenin Moreno has announced a series of drastic cuts and the closure of state-owned companies, prompting citizens to take to the streets in protest. 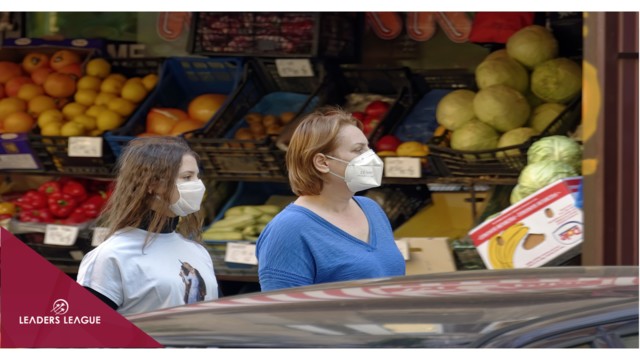 Ecuador’s government has announced a series of measures to rein in expenditure as the country’s economy is impacted by the Covid-19 pandemic. The country has so far reported 3,200 deaths from the coronavirus, with more than 37,000 confirmed cases, although the government acknowledges the real figure is possibly much higher, given the lack of tests being carried out.

In a televised address, Moreno described the crisis caused by the pandemic as worse than “all the wars and natural disasters put together that the country has suffered throughout its history”.

Ecuadorians took to the streets over the weekend to protest the measures, however.

Workers’ unions reject the closure of the state-owned companies, which, they say, will lead to privatizations and increased social inequality, while students protested against proposed budget cuts to the education sector.

This is not the first time the country has seen demonstrations by citizens aggrieved by the government’s measures. On May 14th, protesters came out in force in the port of Guayaquil, the country’s second-largest city and the business capital, and which has been the epicenter of infections, to protest against the federal government’s ineffective handling of the pandemic.

According to Human Rights Watch, that protest was brutally suppressed by the police, with several protesters – and journalists covering the demonstration – suffering injuries.

Demonstrators had also called a national strike and taken to the streets last October to protest against Moreno’s ending of fuel subsidies, forcing the reversal of his decision, and the discontent fueled by Moreno’s response to the pandemic does not bode well for the government, with general elections scheduled for 2021.

Ecuador’s economy was already in a bad way before the arrival of Covid-19, with the International Monetary Fund having agreed to provide a $4.2 billion aid package last year. Saddled with a $19 billion sovereign debt, the government has renegotiated repayment terms with bondholders, but Moreno calculates that the impact of the virus and the fall in global oil prices has so far cost Ecuador some $12 billion. The Ecuadorian economy is pegged to the US dollar.

The country’s state-owned oil company Petroamazonas is also highly indebted and came to an agreement with bondholders earlier this month to defer a $175 million payment as the country renegotiates its foreign debt.

In addition to the closure of the state-owned companies, Moreno announced that Ecuador would close its embassies in Iran, Malaysia and Nicaragua, and withdraw ten ambassadors from their posts.

The measures took the form of a presidential decree, with congress having granted the president emergency powers to tackle the crisis.

In addition to the measures to trim government expenditure, Moreno also announced a decree by which he aims to reorganize the structure of the presidency, delegating responsibilities to other ministries, and which provoked much negative reaction on social media in the country, accusing Moreno of abandoning his presidential responsibilities and calling for the country’s national assembly to reconvene.

Moreno offered his annual ‘state of the nation’ address in the national assembly on Sunday, which coincided with protests in the form of pot banging by citizens from their windows and balconies in Quito to demonstrate against the government’s economic policies.

In his address, Moreno presented what he called the ‘four pillars’ that his government will pledge to maintain over the next year: protecting the population’s health, increasing food security, reactivating the economy and maintaining the economy’s dollarization.

However, the IMF has predicted that Ecuador’s GDP will shrink by 6.3% this year.

After a fall in the daily death toll to around ten per day from a peak of more than 400 in April, Guayaquil began allowing some businesses to reopen on May 20th, including open-air markets and shopping centers, while public transportation and private cars were once again allowed to circulate. Restaurants, bars and cinemas remain closed, however.

“In the home there is hunger, outside there is the coronavirus, we have to find a balance so that people can work and take care of themselves,” Guayaquil’s mayor Cynthia Viteri was quoted by local media as saying.

The federal government said on Monday that domestic and international flights will resume on June 1st  however, with airlines only be permitted to operate 30% of their flight frequency.

The resumption of flights is early in comparison with other South American countries that have seen fewer deaths from the virus.