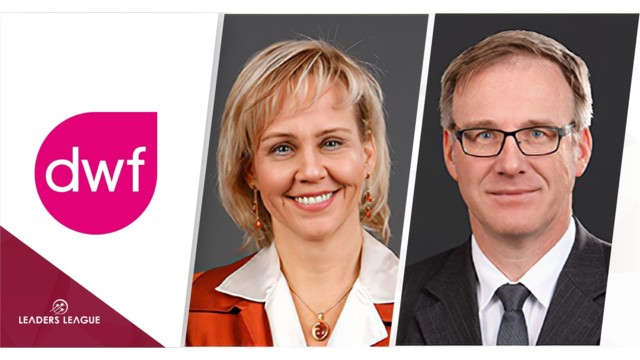 Bernd Borgmann and Eva Einfeldt have been hired as partners to lead the German employment practice of DWF from Cologne and Düsseldorf, respectively.

Bernd Borgmann specialises in advising clients in the insurance, metal and electrical industries on employment matters in the context of restructurings and other transactions.

He had headed the Cologne office and the German labour law practice at DLA Piper since 2004 and, between 2014 and 2016, was the co-managing partner of DLA Piper. Prior to joining DLA Piper he was managing associate at Linklaters and started his career in 1998 at Pünder Volhard Weber & Axster prior to its merger with Clifford Chance in 1999.

Eva Einfeldt’s expertise is in restructuring and collective employment law issues, with an additional emphasis on employee data protection and compliance matters. The main areas of practice are the metal, automotive and hospitality sectors.

She was partner in the employment practice at DLA Piper from 2017, having joined the firm in 2014. Prior to this, she worked at Luther.

Oliver Bolthausen, Managing Partner Germany, DWF said, " They will both play instrumental roles leading the employment practice here in Germany as well as working with the global employment team. We look forward to welcoming them both in the next few weeks and further expanding our offerings in the German market."

Founded in 1977 in Manchester, DWF in multinational law firm Manchester employing 4,300 people in 31 offices across the world. It’s German branches in Berlin, Cologne, Düsseldorf and Munich are home to 26 lawyers.