Only three weeks into 2020, this is the third law firm merger featuring a prominent Philly firm. 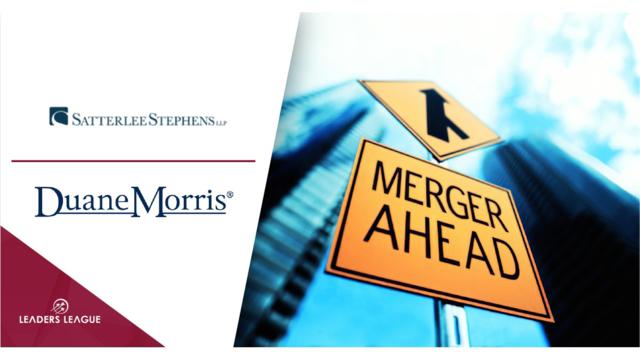 The new decade truly has begun with a bang. It’s the third Monday of the year, and major merger number three has already sidled into view. Like its two recent predecessors, which we covered here and here, it features a well-known Philadelphia outfit – in this case Duane Morris, which has announced plans to merge with New York firm Satterlee Stephens. Both firms plan to seal the deal by 1 February.

A rapid turnaround is easier here than in the previous two mergers, because it’s more of a straightforward absorption: Satterlee Stephens has only one office and fields 65 lawyers; Duane Morris fields ten times that number across 21 US offices. (The merger will increase Duane Morris’s New York headcount by 60%.) There are no plans as yet to merge the offices physically: Duane Morris will have two New York offices for now.

Strategic mergers are tempting for firms that may not be at the top of their game; Duane Morris is one such firm. Though its revenue and headcount have been increasing for the last five years at least, and its PEP first surpassed $1 million in 2018, it has slid several places down the AmLaw 100 list, and is now the US’s 75th largest law firm by revenue. In 2011, it was ranked 67th (though in 2010, it was 71st – a position it would return to in 2017).

Absorbing Satterlee Stephens won’t help Duane Morris make huge strides up the table – the New York firm’s revenues are in the $40 million range, compared to Duane Morris’s $492 million, boosting the latter’s revenue by only 8% – but Satterlee Stephens is a lean, profitable outfit. It will give the Philly-headquartered firm a helpful boost among financial institution clients and corporates instructing the firm on complex litigation. Satterlee Stephens’s clients have included IBM, Exxon, Johnson & Johnson, JPMorgan Chase & Co., Calvin Klein and Moody’s. Meanwhile, the partners at the New York firm will benefit from access to markets across the US, including five on the West Coast alone, as well as four more offices on the East Coast.

The fact that Philadelphia has featured so prominently this year is noteworthy. To Tom Clay at law firm consultancy Altman Weil, it makes sense: “It’s a good market but it’s not one of the higher growth markets for business.” It stands to reason that they would want to expand, and Philly firms themselves are attractive to big city law firms with rapidly expanding clients. Philadelphia remains in the top ten US markets for law firm billing rates.

James Coster, chair of Satterlee Stephens’s executive committee, will co-head the firm’s New York office; he and another Satterlee partner will join Duane Morris’s board.