Disney chairman Robert Iger has won praise from one of the world’s richest businessmen, Bill Gates, for his book ‘The Ride of a Lifetime’ in which he passes on the lessons he has learnt during his time at the top of one of the world’s most powerful brands - Leaders League highlights Iger’s ten key leadership principles for aspiring executives 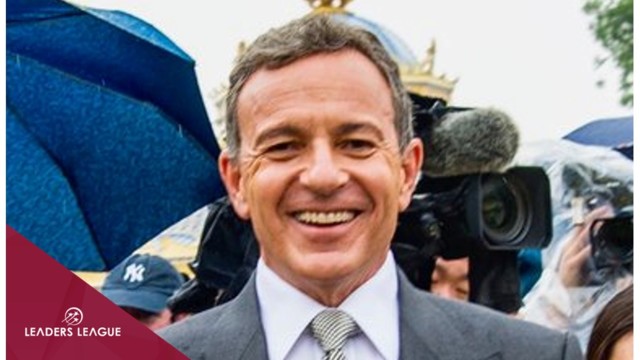 Who is the business leaders’ business leader? You could make a strong case for Robert Iger, executive chairman, and formerly CEO, of The Walt Disney Company. Some of the biggest names in the business world look to Iger for inspiration, which is not too surprising – this is after all, the person who ran, what is frequently described as “one of the most admired companies in the world”, which also happens to be one of the most valuable brands in the world, with Forbes valuing the Disney brand at $19 billion.

In his time at the helm of Disney, Iger – who was appointed CEO in 2005 – oversaw the company’s acquisitions of: Pixar for $7.4 billion; Marvel Entertainment for $4 billion; Lucasfilm for $4 billion; and 21st Century Fox for a whopping $71 billion. It’s fair to say that Iger knows a thing or two about business. And he has been handsomely rewarded for his contribution to the company – in 2019, Iger’s last year as CEO of Disney (he was replaced by Bob Chapek in February this year), he was the highest-paid executive in entertainment, earning $47.5 million, which included $3 million in salary, a $21.8 million bonus, $10 million in stock awards and $9.6 million in stock options.

Iger’s commercial acumen has been recognised by some of the most successful businessmen in the world. One of the most recent accolades he received was from Bill Gates, the world’s second richest man, who, in a blog post about Iger’s book ‘The Ride of a Lifetime’, said: “This is a business book I’d actually recommend – unlike most books on leadership, this is one that is actually worth your time”.

Iger’s book, a New York Times bestseller, tells the story of his time running Disney and managing its 220,000 employees. In doing so, he seeks to highlight the principles that are “necessary for true leadership”.

The book certainly impressed Gates. He said: “Iger is able to take you inside the workings of a massive media company and show how he thought about building on its strengths and shoring up its weaknesses – this is a short, readable book with smart insights, along the way he crosses paths with some colorful characters.”

Gates added that Iger does a “great job” of explaining what it is like to be a CEO and the constant worry, which he summarizes as: “Which thing am I not spending enough time on?” Gates highlighted this passage in the book in particular: “You go from plotting growth strategy with investors, to looking at the design of a giant new theme-park attraction with Imagineers, to giving notes on the rough cut of a film, to discussing security measures and board governance and ticket pricing and pay scale... there are also, always, crises and failures for which you can never be fully prepared.”

In Iger’s view, there are ten principles that he sees as necessary for what he describes as “true leadership”. He characterizes them thus:

Iger describes this as one of the most important qualities of a good leader. He sees optimism as a “pragmatic enthusiasm for what can be achieved”. Iger explains: “Even in the face of difficult choices and less than ideal outcomes an optimistic leader does not yield to pessimism. Simply put, people are not motivated or energized by pessimists”.

Iger considers courage to be the foundation of risk-taking and argues that in “ever-changing, disrupted businesses”, risk-taking is essential and innovation is vital. “True innovation only occurs when people have courage,” he says. “This is true of acquisitions, investments and capital allocations and it particularly applies to creative decisions – fear of failure destroys creativity.

Allocating time, energy, and resources to strategies, problems, and projects that are of the highest importance and value is vital, according to Iger. He adds that communicating your priorities “clearly and often” is imperative.

Iger says it’s vital that every decision, no matter how difficult, can and should be made “in a timely way”. He adds: “Leaders must encourage a diversity of opinion balanced with the need to make and implement decisions.” On the other hand, Iger believes that chronic indecision is inefficient, counterproductive, and deeply corrosive to morale.

A “deep and abiding curiosity” facilitates the discovery of new people, places, and ideas, according to Iger, as well as an “awareness and an understanding of the marketplace and its changing dynamics”. He adds that the “path to innovation” begins with curiosity.

Strong leadership embodies the fair and decent treatment of people, says Iger, who adds that empathy and accessibility are essential. In line with this philosophy, Iger says people who make honest mistakes deserve second chances. He adds that it is important not to judge people too harshly as this creates a culture of fear, which has the effect of discouraging communication and innovation.

Iger views thoughtfulness as one of the most underrated elements of good leadership. He describes it as the process of “gaining knowledge, so an opinion rendered or decision made is more credible and more likely to be correct”. In a nutshell, it means taking the time to develop informed opinions.

This means being genuine and honest, according to Iger. “Don’t fake anything,” he warns. Truth and authenticity will breed trust and respect.

9. The Relentless Pursuit of Perfection

It’s important to clarify exactly what is meant by this – Iger says it doesn’t mean “perfectionism at all costs”. What it means is a refusal to accept mediocrity or make excuses for something being “good enough.” If you think something can be improved, take the time to do it.

This is crucial. Indeed, Iger goes as far as to say “nothing is more important than the quality and integrity of an organization’s people and its product”. A company must set high ethical standard for all things – big and small – as its success depends on it. Iger sums it up by saying: “The way you do anything is the way you do everything.”

Given that “clear communication” is one of the attributes of good leaders, in Iger’s view, it is unsurprising that he gets his ideas across simply and effectively in the book. A cult hero among many senior executives, Iger has produced a book that will be interesting and, equally as important, useful for many aspiring executives. However, as Iger himself makes clear, he hopes the book will help anyone “wanting to be less fearful and more confidently themselves, as they navigate their professional and even personal lives”. While the intricacies of running a media business may not captivate every reader, there are certainly nuggets of wisdom that will prove useful to people in many walks of life.