Daniel Daeniker & Frank Gerhard (Homburger): “With the evolution of technology, the leverage has changed”

Daniel Daeniker and Frank Gerhard, managing partner and M&A partner respectively at Zurich-based Homburger, give us their insight on both the Swiss market and their innovation strategy. 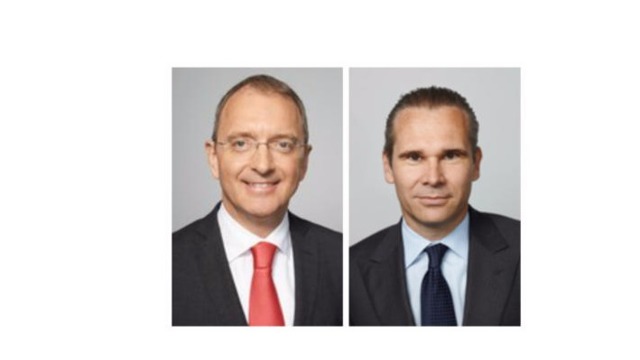 Leaders league. What are the specificities of the Swiss market?

Daniel Daeniker. We are focused on innovation. People have come to realize that Switzerland is #1 in the WIPO Global Innovation Index (GII) for 2017. We have a high innovation culture which has to do with a generally high level of education. The engineering culture is the DNA of people who like to craft processes, machines and try out new ventures. It has always been like this. What is new, however, is that venture-capital financing and the start-up culture surrounding innovation have become seriously more professional over the last ten years. Frank Gerhard. I agree. The Swiss Federal Council, which is liberalizing the rules, will be putting in place a fund soon. This is the result of a lobbying process that has been taking place for years.

How is Homburger involved in this process?

D.D. Of course, the biggest law firms like ours are not the most obvious choice when it comes to dealing with startups, but we are rather active in the scene.

We advise one of the best-known venture capital funds in Switzerland, which was designed to promote university spinoffs. We also have a dedicated team that goes to all the venture capital conferences, and which is now in the process of making toolkits for start-up companies, so that they figure out how to go through the legal processes. Of course, our capital markets practice is very prominent when it comes to an IPO of a technology company. We also work for some of the biggest technology companies in California, for whom we organize their buyouts of Swiss university spinoffs.

“Switzerland has a high innovation culture”

And how do you innovate as a profession?

D.D. We have a project which is called “H2020,” encompassing everything a law firm should be concerned about five years from now. It starts with very mundane things such as the way our work will be delivered five years from now – will we still have memos and power points?

The second thing is the use of technology. There are noises of lawyers being replaced by computers and robots. We believe we will always need someone to feed computers. We formed a team to look into all these aspects: blockchain, document processing, software etc. And we’re just now in the process of on-boarding a new search engine system called RAVN Connect Enterprise.

You are inclined to anticipate...

D.D. Yes, and one of the interesting things to notice with the evolution of technology is that the leverage has changed. We now have about 30 students who come in and out on a 24/7 basis to handle the document review process, then lawyers receive the documents, and at the very top senior associates and partners who convert the findings into a piece of advice or fact. The document review process has tremendously changed. And it will continue to do so.

For lawyers what difficulties does new technology bring?

D.D. Many routine tasks may be handled internally by in-house lawyers. But anytime there is a dispute or regulation process, lawyers will be needed. And this will remain our claim to fame for a long time.

F.G. All firms will be affected, but not to the same extend. What might also happen is that there will be more FTEs in legal departments.

The M&A team has been extremely active on the market over the last couple of years.

F.G. Homburger was present on all major deals the market has known, namely Johnson & Johnson-Actelion, Syngenta-ChemChina and Lafarge-Holcim, outstanding both in terms of size and complexity. On the market overall, we see a lot of foreign investment coming from Japan and China, and that has been become much more important lately. Of course, the USA, Germany and the UK are still our biggest markets, but relatively speaking, Asian countries tend to gain more importance. A lot of industrial goods companies are in the midst of a consolidation phase, in these cases, we work on anything from 10 million dollar deals to multibillion dollar deals. Our focus is, of course, more on the big-ticket cases but we do work on all aspects for the client.