Cristina Camarero: “We are facing a unique opportunity for mediation to finally find its place in Spain”

The Ontier partner predicts that post-Covid, mediation will increase substantially as a method of resolving conflicts arising from the pandemic. 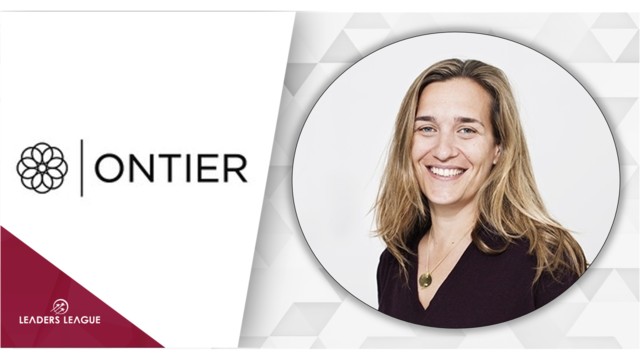 Leaders League: How has the Covid crisis effected litigation procedures in Spain?

Cristina Camarero: The Covid crisis has affected judicial procedures in Spain in all aspects and has been a great challenge for all professionals working in this field including judges, judicial office staff, prosecutors, and lawyers. All have demonstrated a great ability to adapt. The changes began starting with the procedures.

On 14 March 2020, the central government declared a state of alarm throughout the national territory by means of Royal Decree 463/2020, which included various measures that greatly affected the functioning of judicial activity throughout the country.

Initially, the progressive spread of the virus caused the new measures for judicial activity to be different in the various territories, creating some uncertainty. Lawyers were forced to clarify and adapt the newly implemented measures and generate a sense of confidence for their clients.

This included, with some exceptions: i) the suspension and interruption of procedural deadlines for all jurisdictional orders, (ii) the suspension and halting of scheduled legal proceedings, including hearings, and (iii) the suspension of prescription and expiration periods for the exercise of any actions and rights. Judicial activity was paralyzed in Spain, except for special or urgent procedures.

Although said state of alarm was extended until 21 June 2020, the restrictive measures concerning judicial activity began to relax to recover the function of the justice system. Since then, we have come across other types of exceptional measures, such as the authorization of proceedings taking place in August to try to boost judicial procedures after those months of forced inactivity, or the holding of telematic and virtual hearings and other types of measures.

Even though Spain is currently in a state of alarm again throughout the country and is expected to remain so until 9 May 2021, judicial activity is functioning with a certain "normality", without prejudice to the fact that those measures aiming to contain the spread of the virus are being maintained. Virtual and telematic hearings are still in being used to replace the presential hearings, which does cause delays.

At this stage, it is still early to draw conclusions; however, the effects of the changes are already evident.

To begin with, we have seen a substantial increase in legal proceedings aimed at determining the consequences of the pandemic and the purging of potential liabilities in commercial and contractual traffic. There are those that seek to rebalance pre-existing contracts in the wake of the situation caused by Covid, including the cancellation or reduction of rent in lease contracts and those procedures that seek to determine who should bear the consequences of not being able to comply with or enjoy the benefits contracted.

Throughout these months we have also observed an upward trend in the application of the jurisprudential doctrine of the rebus sic stantibus clause, whose application until now was extremely exceptional and restrictive. Traditionally it was only used in resolutions granting the adoption of precautionary measures.

Without any doubt, we are facing an unprecedented situation, in which it will be very interesting to see how the different professionals of justice approach the numerous conflicts caused by the pandemic. These conflicts require an individualized and multidisciplinary legal analysis, with attention paid to the concurrent circumstances in each case.

Are arbitration and ADR being more widely used by clients in Spain?

Regarding arbitration in Spain, it is essential to differentiate between international and domestic arbitration, as we have been observing trends in both areas.

Year after year, international arbitration is becoming increasingly important for our clients with interests abroad. It is seen as the most effective method for resolving disputes in contractual relations that affect various jurisdictions due to the credibility enjoyed by the various arbitration institutions within the international legal community as well as to the flexibility and greater agility that arbitration procedures entail.  It is especially useful when the other jurisdiction involved does not offer the same legal security or procedural guarantees as Spanish jurisdiction.

We are receiving more and more enquiries from clients negotiating their international contracts, about both the applicable law and the most convenient dispute resolution method in each case (ordinary jurisdiction or arbitration), paying more and more attention to this type of clause, often forgotten during the arduous process of negotiating contracts. We are particularly satisfied with this trend: it reveals that little by little a greater sensitivity is being forged regarding the importance of this type of clause in order to avoid finding ourselves in the future with situations of pathological clauses that are difficult to apply if a conflict finally arises.

In recent years we had observed a certain lesser interest on the part of our clients in opting for domestic arbitration as a method of conflict resolution in their contracts. This is in part due to the confidence generated by the Spanish judicial system and in part by the higher cost involved in arbitration administered by an arbitration institution.

As for the rest of ADR (alternative dispute resolution), mediation deserves special attention. Since the approval in 2012 of the Law on Mediation in Civil and Commercial Matters (Law 5/2012, July 6), there have been various attempts to generalize the use of mediation as a method for dispute resolution in Spain.  Mediation has grown in popularity, though it is still yielding only modest results due to cultural resistance.

As a result of the situation caused by Covid, mediation is expected to increase substantially as a method of resolving conflicts arising from the pandemic. As legal professionals themselves have pointed out, mediation is a particularly suitable method for resolving situations in which the parties want and need to find a rapid, flexible and tailor-made solution that will enable them to continue with their contractual relations or adapt them to the current circumstances within a reasonable time.

Considering the expected collapse in the Spanish courts, both because of the months of forced paralysis during the state of alarm and because of the increase in litigation caused by the pandemic, we believe that mediation will allow many of our clients to take a leading role in seeking and finding a fair commercial solution. Therefore, we believe that mediation has a fighting chance in Spain.

Are you seeing more women specializing in the area of litigation?

Since the start of my career, I have seen an increase in women in the legal profession, and specifically in the area of litigation, where there is increased recognition for women litigators.

Currently, at the junior levels, the number of women exceeds men exemplifying that women are highly present in the sector. Unfortunately, as careers advance this proportion tends to be reversed, sometimes drastically, to the point that those in positions of greater responsibility and who are more recognized as specialized litigators at the majority of firms continue to be mostly men. In general, it could be said that even fewer women are reaching these positions of reference, and that those who do take longer to reach them.  However, this is not the case in Ontier. We must help reverse this trend.

Clients can be the engine and accelerator of change. For some time now we have been seeing a greater awareness among our clients regarding equality and diversity. When clients are choosing their legal service providers, they are asking for data on the gender ratio of the firm and its diversity policies.

I am convinced that there will be more and more prestigious women specialists in litigation, and that we will have a more diverse and inclusive legal profession.

Covid 19: any precautions for the future?

The pandemic has placed our clients in an exceptional, unprecedented, unavoidable and unforeseen situation, for which not everyone was prepared or adequately covered.

Without a doubt, this is a serious and complex situation, which will lead to a difficult process of purging responsibilities, the scope and consequences of which we cannot yet determine.

When evaluating how to preliminarily address this situation and without prejudice to a detailed analysis for each client, in due course we provided some general guidelines to be taken into account in order to try to mitigate damages and better prepare for this process. Among other measures, we recommend the following: the possible application of the exceptional legal measures adopted by the relevant authorities, the review of the insurance policy coverage in force, the review of the content of the contracts on the occurrence of exceptional circumstances in case any formality had to be complied with; possible invocation of legal causes for exemption from liability; the possibility of requesting a review of the terms of the contract; and precautions to be taken to preserve the means of evidence.

Now the question arises: what if a pandemic occurs again in the future? Could our clients do something to be better prepared?

The answer is clearly yes. Awareness of such a risk of such magnitude should have a clear impact on contract negotiation, and it is advisable to reflect, as specifically as possible, the economic purpose of the contract.

Although it is impossible to regulate in a contract each and every situation that may arise in the future, we must accompany our clients in this negotiation process and make them understand the importance of addressing in a contract the appearance of exceptional circumstances, the distribution of risk between the parties, the liability regime, possible causes for early termination or suspension of the contract, and applicable law. Unlike what happened in the past, the possibility of a new pandemic is now within the realm of possibility.

The current uncertainty advises us to be exceptionally thorough and foresighted in the negotiation phase and, in particular, in the definition of the contractual regime for assuming liability, especially in the case of cross-border contracts. Therefore, it is very important that the lawyer understands his or her client’s business well, and work to identify those relevant events that could interfere in the contractual relationship and that should be specifically addressed in the contract.