The negotiation of collective agreements is becoming increasingly important in various European countries. This observation does not change with the crisis linked to Covid-19: among the countries that rely on it, the collective agreement is a means of involving employees in the measures adopted by companies to get out of the crisis. The United Kingdom stands out as an exception: collective agreements are rarer there and many elements depend directly on the employment contract. 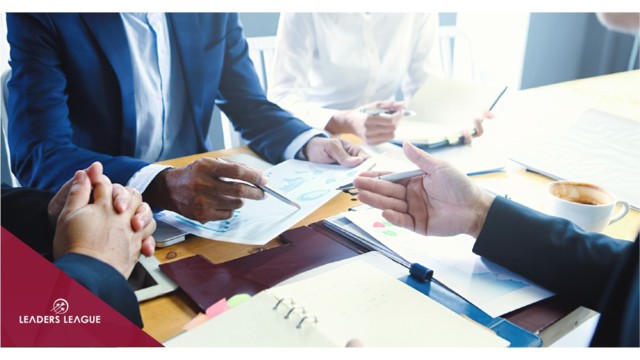 This report was compiled in collaboration with the following law firms: Slaughter and May, Bredin Prat, Hengeler Mueller, BonelliErede, De Brauw, Uría Menéndez

As for the meetings of employee representative bodies, it is recommended to hold the meetings  remotely to negotiate these agreements. Negotiating in person is not an obligation in France or Germany, but a written document is always required. There is, however, an essential distinction between these two countries where collective bargaining has a major role to play: France, unlike Germany, allows an electronic signature, or even, in the context of Covid-19, a simple scanned signature. In spite of a sometimes very strict theory (the conclusion of a notarial deed), the Netherlands is also flexible with the authorisation of scanned or photographed signatures, just like Spain or Italy. Italy is the country in which the most flexibility is possible on the matter because there is no requirement for a written document: for example, collective agreements have been concluded during video conferences.

Holding meetings remotely does not, however, exempt a company from the principle of loyalty of the negotiations, which fully applies. The latter requires, particularly in France, the presence of all the negotiators at key stages of the negotiations, failing which the collective agreement reached would be void.

ENGLAND (Slaughter and May):

Collective agreements are less common in the UK than in other parts of Europe. However, where they exist they may be wide-ranging, covering matters such as workers’ hours, pay and holidays; engagement or termination/suspension of workers; allocation of work; physical working conditions and the machinery for collective bargaining. Collective agreements would also usually require consultation on significant events that may affect employees, including restructurings, closures and disposals.

Many of these issues are likely to be engaged in the context of the current COVID-19 pandemic, particularly as UK businesses start thinking about resuming operations when restrictions are lifted. Employee engagement will be crucial to securing a safe and successful return to the workplace. Employers with collective bargaining arrangements in place are therefore being encouraged to utilise those arrangements to consult employees on their reintegration plans. As in other jurisdictions, video or telephone consultation meetings are currently strongly recommended instead of in-person meetings.

Despite the typical lack of legal enforceability, most collective agreements are signed by representatives of the employer and the trade union. An electronic signature or a wet ink signature would be permissible for this purpose.

If an employer has concluded an information and consultation agreement with a national or European works council (or the requirement to establish such a works council has been validly triggered), those consultation arrangements are legally enforceable. The employer may be fined up to £75,000 for its failure to comply with the relevant regulations.

Collective agreements are less common in the UK than in other parts of Europe. However, where they exist they may be wide-ranging, covering matters such as workers’ hours, pay and holidays; engagement or termination/suspension of workers; allocation of work; physical working conditions and the machinery for collective bargaining.

Collective agreements usually must follow a strict negotiation regime, but due to the Covid-19 crisis certain adjustments are possible.

During the lockdown, physical negotiation meetings could only take place in order to comply with a legal or collective agreement timetable or in order to respond to the health crisis. In any case, health and safety requirements have to be met (i.e., appropriate social distancing measures). In this respect, it should be noted that the prohibition on physical meetings of more than 10 people does not apply in professional matters.  Video or telephone meetings are nevertheless strongly recommended.

Even if the meeting is held remotely, the principle of loyalty fully applies. The latter implies in particular the presence of all of the negotiating members during all of the essential stages of the negotiations, failing which the collective agreement will be null and void.

It is possible to sign a collective agreement electronically (as long as the requirements of European Regulation no. 910-2014 and Article 1367 of the Civil Code are met) or through the handwritten signature of the agreement by all of the parties under very flexible conditions (i.e., use of a printer and scanner or a camera if necessary; leeway if all the signatures do not appear on the same document as long as all the signed agreements are identical and have been combined together in a single PDF for submission to the “DIRECCTE” - regional administration to which the agreement is to be registered).

It is also conceivable that one trade union can mandate another union or even the employer to sign on its behalf.

In the case of companies with less than 20 employees that do not have a Works Council, the collective agreement can be signed via an employee referendum. It is obviously recommended not to hold a meeting with the employees, but rather to arrange for an electronic vote under which voting confidentiality can be guaranteed.

Finally, it has to be noted that the government has made some deeper changes in the area of collective bargaining, in particular for the conclusion of company collective agreements. When they are exclusively related to the Covid-19 pandemic, some time limits applicable for the conclusion of a collective agreement have indeed been temporarily but considerably reduced. For example, in companies with less than 20 employees without any CSE, the minimum period between the presentation of the draft agreement by the employer to the employees and the holding of the referendum is reduced from 15 to 5 days.

In any case, the written form requirement for these types of agreements must be observed. Under German law, shop agreements as well as collective bargaining agreements require written form in order to be legally valid. This means that the agreements need to be originally signed with “wet signatures” by the parties’ representatives. Electronic signatures or scanned signatures and the like are not sufficient.

The written form rule has not been changed by the German legislator due to the Covid-19 pandemic. As a consequence, “wet signatures” need to be obtained for concluding a shop agreement or collective bargaining agreement even though this may be a bit difficult and cumbersome given the current circumstances.

Prior to the conclusion of a shop agreement with the employer, the works council is required to adopt a formal resolution. According to the new law passed by the German parliament in reaction to the Covid-19 pandemic, works council resolutions can now be adopted via video and telephone conference as previously described in Flash no. 2.

There are no strict statutory rules regarding how to negotiate shop agreements or collective bargaining agreements in Germany.

In this framework, especially during the “lockdown” period, in order to comply with the “emergency legislation” (requiring, as a general principle, to avoid gatherings), many agreements with unions, as a matter of fact, have been reached through videoconference meetings.

As noted in our previous “Flash”, the “emergency legislation” expressly regulates this matter only with regard to union consultations for the resort to lay-off funds, specifying that this must be done through “telematic” instruments (but not providing any further detail as to how the “telematic” consultation should be actually done; Arts. 19 and 22 of Law Decree no. 18/2020, as subsequently amended by Law no. 27/2020, Law Decree no. 23/2020 and Law Decree 34/2020)

Finally, it is worth noting that, according to the latest “Covid” decree (Art. 1 para. 10 of Law Decree no. 33/2020), physical meetings are now admitted, as long as it is possible to keep 1 mt. distance between the attendees. Therefore – although, as a matter of fact, “physical” meetings still tend to be avoided in these days - theoretically a union consultation could now be kept “physically” (complying with the due distance).

In Italy collective agreements do not legally require the written form, but this is clearly the favoured option nonetheless.

During the Covid-19 emergency, as a matter of fact, different “practical” solutions apparently have been used by unions which have either:

digitally signed the electronic document; scanned their signature and “posted” it on the electronical document (since not all trade union representatives dispose of an electronic signature); or sent the draft of the agreement to all participants, asking to reply with an email to express their consent.

As per the enforceability, in general terms, in case of breach of union agreements, both the individual and unions can file a claim before court (in case of the unions, they have a special action for “anti-union behaviours”, that can lead to a court order to cease the conduct and remove its effects).

As regards in particular to the Covid-19, the breach of certain general union agreements regarding safety measures can lead to a temporary suspension of the company’s activity.

The Dutch Collective Labour Agreement Act ("DCLA") does not stipulate a strict negotiation regime to conclude a collective labour agreement. Consequently, trade unions and employers are free to decide whether, when and in which way collective bargaining takes place. Due to the Covid-19 crisis, various trade unions and employers have announced that negotiations on new collective labour agreements will be postponed until further notice. It is expected that collective bargaining will be resumed once the government imposed emergency measures are lifted and physical meetings are allowed again.

Under the temporary scheme of emergency salary subsidies ("NOW"), employers must under circumstances reach an agreement with the trade unions on the preservation of work. Under special circumstances such a negotiation meeting could be considered necessary for the continuation of the daily business, for which reason it would not be covered by the general prohibition on meetings (until 20 May 2020). These meetings may, however, only take place if (i) certain hygiene measures are observed and (ii) if it is possible for the participants of the meeting to keep a distance of at least 1.5 metres. In general, however. it will be strongly advised to have these negotiation meetings by way of videoconferencing or telephone.

Due to the Covid-19 crisis, various trade unions and employers have announced that negotiations on new collective labour agreements will be postponed until further notice.

As noted in previous « flashes », physical meetings are allowed during the lockdown for the compliance of social dialogue, including negotiations of collective agreements. However, in practice, videoconferences or phone-based meetings are now the general rule to conduct the negotiations that are taking place during this period and no relevant problems have arisen. Unions and works councils have been cooperative in this regard so far.

Some companies have implemented certified digital signatures so each participant is able to digitally sign the agreement. If this is not possible, labour authorities are accepting scanned handwritten signatures or communications of the employee representatives via email as a valid method.