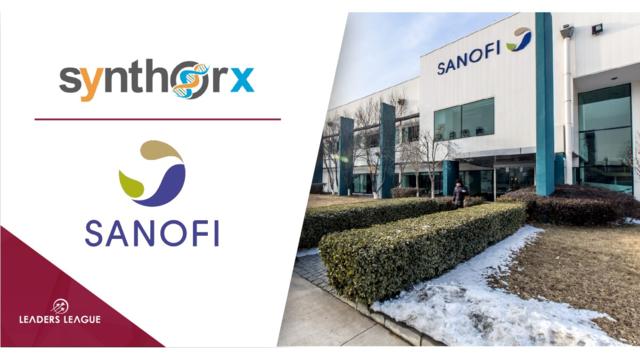 In what is likely to be Cooley’s final major transaction of the year, it advised biotech company Synthorx on its sale to French pharmaceuticals giant Sanofi for $2.5 billion – giving the latter an oncology boost.

Synthorx, which focuses on prolonging and improving the lives of cancer sufferers and those with auto-immune diseases, is noted for its expanded genetic alphabet platform technology, which broadens the genetic code by adding a new DNA base pair. It will augment and complement Sanofi’s existing gene-related platforms.

“Synthorx’s exceptionally novel discovery platform has already produced a molecule that has the potential to become a foundation of the next generation of immuno-oncology combination therapies,” explained Sanofi’s global head of R&D, Dr. John Reed. “By selectively expanding the numbers of effector T-cells and natural killer cells in the body, THOR-707 can be combined with our current oncology medicines and our emerging pipeline of immuno-modulatory agents for treating cancer.

“Moreover, Synthorx’s pipeline of engineered lymphokines has great promise not only for oncology but also for addressing many autoimmune and inflammatory diseases.”

Barbara Borden, Rama Padmanabhan and Ken Rollins were the Cooley partners leading the deal for Synthorx.

In the last five years, Cooley has acted on over a thousand M&A deals, with an aggregate value of around $400 billion. Its other major life sciences deals this year include advising BioTime on its purchase of Asterias Biotherapeutics (a matter led by partner Tali Sealman), and acting for Therachon, a biotech company focusing on rare diseases, on its $810 million sale to Pfizer (led by partners Ryan Sansom and Michal Berkner).