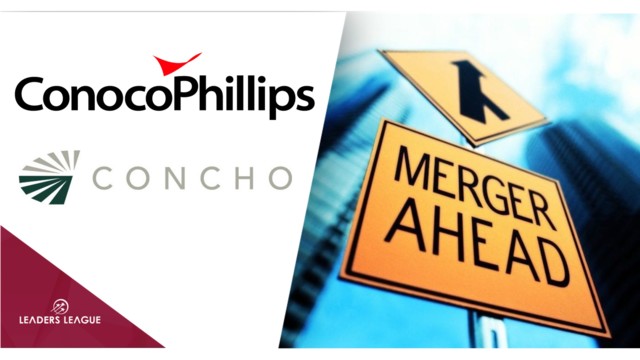 As the M&A sector continues to nurse itself back to health, upstream oil and gas behemoth ConocoPhillips has announced its acquisition of shale oil producer Concho Resources in an all-stock $9.7 billion deal.

Underperforming crude oil prices have meant that the acquisition came at a relatively low premium of 15%; the combined company will be worth $60 billion in total. It gives ConocoPhillips an even more commanding presence in shale, especially in the Permian basin, where it is set to compete seriously with ExxonMobil by producing 1.5 million barrels of oil and gas per day.

Concho Resources has completed multiple acquisitions of its own over the years, particularly in the Permian basin. It took less than 15 years to go from non-existence to being a company with a nearly eleven-figure dollar value, thanks to the 2010s shale boom in which it performed better than many of its competitors.

Meanwhile, ConocoPhillips has had a subdued year, its market cap falling from around $70 billion to under $40 billion as it cut production in the face of COVID-19 and the oil price war being waged between Russia and Saudi Arabia. The entire sector has been struggling, not least because of the current health crisis, and since the entire world is shifting its energy dependence away from fossil fuels, oil majors have been looking to consolidate. We may well see an even larger energy acquisition before the year is out.

Nonetheless, the Conoco-Concho deal is the largest acquisition in the energy sector so far this year, pipping Chevron’s acquisition of Noble Energy, which completed earlier this month and was also a Permian basin deal.