Claudia Salomon: "Predictive justice will be an element of decision-making in arbitration"

The president-elect of the International Chamber of Commerce (ICC)’s International Court of Arbitration fills us in on the ICC’s ongoing attempts at reform, and her advice to young arbitrators. 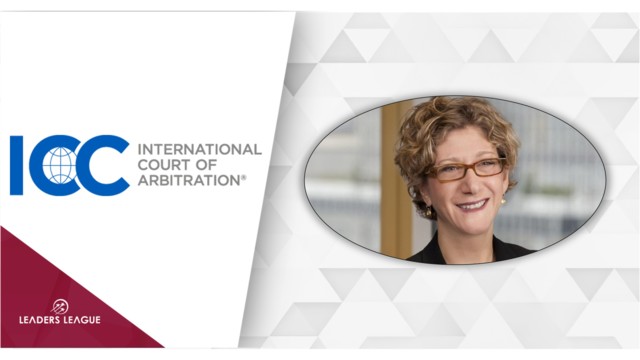 What does your role as Vice-President of the ICC International Court of Arbitration involve?

The ICC scrutiny process is a unique characteristic of ICC arbitration, providing a careful review of each draft award to ensure the highest quality of the award by avoiding possible errors and enhancing the likelihood that the award will be enforced.

You were the co-editor of a book named Choice of Venue in International Arbitration. Could you summarize the most important and interesting takeaways from this book?

Since you began as an arbitrator, which skills have you developed that help you most in this job? What do you have to be especially good at?

I do not have any preconceived ideas regarding how an arbitration must be conducted. Each case is a unique proceeding, and it is my job as an arbitrator to assure that the process is fair and appropriate for the case, given the parties’ arbitration agreement, the arbitration rules, any applicable laws and the parties’ expectations. Essential skills of a good arbitrator include the ability to listen and to write and think clearly.

What has the ICC done to foster transparency in commercial arbitration?

In an important innovation, for an award issued after 1 January 2019, the presumption is that the ICC Court may publish the award in its entirety no less than two years after its notification. Parties have an opportunity to object to the full or partial publication of their award and various measures, including redaction of awards, which ensures confidentiality when appropriate.

In 2019, the ICC adopted an enhanced protocol to ensure the independence and impartiality of arbitrators. Arbitrators are expected to not only make disclosures concerning the parties in the dispute, but also specifically with respect to non-parties with an interest in the outcome. And the 2021 ICC Rules, effective 1 January 2021, require for the first time that parties disclose third-party funding arrangements, to assist prospective arbitrators and arbitrators in complying with their disclosure obligations and duties of independence and impartiality.

Another change made a few years ago allows parties to request that the ICC Court provide reasons for its decisions on challenges, replacements, consolidation and prima facie jurisdiction, which establish better transparency of ICC Court decisions.

How has the ICC focused on increasing the efficiency of arbitration?

The 2021 Rules expand the scope of application of the very successful expedited arbitration provisions by increasing the threshold for their opt-out application from $2 million to $3 million.  Under the Expedited Procedure Provisions, which were introduced in 2017, disputes below the threshold will be resolved within six months and a reduced fee scale will apply — unless the parties agree to opt out of such procedure. These provisions allow the ICC Court to serve a larger spectrum of users in an efficient, cost-effective manner.

In addition, the time-limits for certain stages of the arbitration have been tightened in recent years. There is also increased pressure on arbitrators to comply with the goals of submitting a draft award to the ICC Court for scrutiny within three months (for a three-member tribunal) or two months (for a sole arbitrator) after the last substantive hearing or written submissions.

In 2016, the ICC Court began sanctioning arbitrators for non-compliance by lowering their fees and rewarding particularly expeditious arbitrators with increased fees. Recent figures show that most awards are now submitted within the two to three-month time limit and most tribunals submitting their awards late see their fees reduced.

What has the ICC done to foster diversity among its ranks?

Arbitrators confirmed or appointed in 2019 came from 89 jurisdictions – the highest number of jurisdictions to date – reflecting the continuous efforts of the ICC Court towards increasing diversity among ICC arbitral tribunals.  In terms of regional diversity, Europeans still dominate the ranks of arbitrators, but an increasing number come from other regions, including the Middle East and Africa.

To promote gender, generational and regional diversity (as well as to further enhance transparency), the ICC Court began publishing on its website, in 2016, the names and nationality of arbitrators sitting in pending and completed cases. As of 1 July 2019, the ICC Court also publishes the names of the party’s counsel and the sector of industry involved.

How has the arbitration sector, and the ICC specifically, responded to COVID-19?

At the start of the pandemic, the ICC Court issued its Guidance Note on Possible Measures Aimed at Mitigating the Effects of the COVID-19 Pandemic.  The Guidance Note recalls the procedural tools available to parties, counsel and tribunals to mitigate the delays generated by the pandemic through greater efficiency and provides guidance concerning the organization of conferences and hearings in light of COVID-19 considerations, including conducting such conferences and hearings by audioconference, videoconference and other similar means of communication, i.e. a virtual hearing.  The Guidance Note also provides a checklist for a protocol on virtual hearings and suggested clauses for cyber-protocols and procedural orders dealing with the organization of virtual hearings.

Article 26(1) of the 2021 Rules makes clear that a tribunal may decide, after consultation with the parties, to hold a virtual hearing. In addition, the 2021 Rules also shift away from the presumption that pleadings and other written communications must be submitted in multiple hard copy.

Notwithstanding more virtual hearings, how, specifically, could smart technology aid international arbitration in the coming years?

The tools available are rapidly shifting; while some tools create an opportunity for significant cost savings, others require new investments. This is a unique moment in time for the international arbitration community to embrace technology as an essential tool for efficiency and be in a position to handle the increased use of big data, blockchain technology, machine learning, and text mining. While not replacing human judgment in the near term, predictive justice will be an element of decision-making.

What advice would you give young arbitrators, especially female ones, commencing their arbitration career today?

I would offer three pieces of advice:

First, have a personal plan every year. Identify what you want to accomplish to increase your experience and personal profile; figure out how to execute that plan – and then execute it.

Second, don’t give up! If you reach a tipping point when you are ready to quit, try a vacation first – even if near or at home now – and see if time away from work enables you to recharge. Or talk with one of your mentors about whether the specific issues you are experiencing can be addressed in a way other than by leaving the firm or practice. Frequently, small adjustments to a schedule, combined with better communication, can give you the opportunity you want or flexibility you need outside of the office. And don’t quit because you are not sure if you will be successful (quitting to avoid failure). The perceived hurdles are often much bigger than the actual ones, and the only way you will know if you can do what you set out to do is to try.

Third, be a sponge. Always seek and absorb new information. This means being intellectually curious about the broader project or client, rather than the discrete task assigned. With every encounter, ask questions, listen and learn new things.

As a seasoned arbitrator, what advice would you give law firms acting as arbitration counsel?

Focus on the issues in dispute that the arbitrators have to decide.