Christian Meyer: "The biggest change is the introduction of a right to compensation under unfair competition law for consumers"

Attorney-at-Law and certified IP specialist at Maiwald, Christian Meyer, explains how the new claim for compensation, based on the Directive (EU) 2019/2161 of 27 November 2019 on consumer protection rules, will change some consumer practices in Europe. 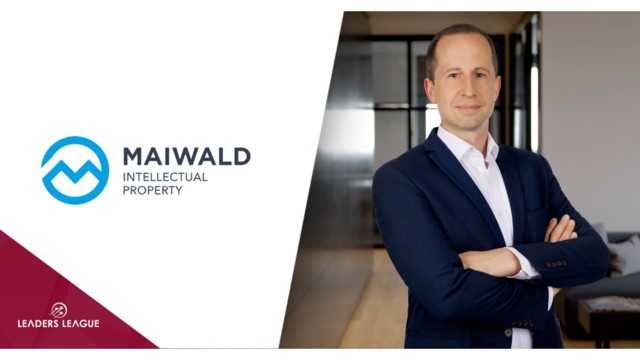 Leaders League: A new step has been taken in Europe to enforce the consumer protection, what are your views on the new Act on Strengthening Consumer Protection in Competition and Trade Law ?

On May 28th 2022, the Act on Strengthening Consumer Protection in Competition and Trade Law came into force. It implements the requirements of Directive (EU) 2019/2161 of 27 November 2019 on the enforcement and modernisation of consumer protection rules and the amendments to the UCP Directive 2005/29/EC.

In addition to the elements of the so-called black list (nos. 11a, 23a, 26 and 32 Annex to Section 3 (3) German Act against Unfair Competition – UWG) and a restructuring of Sections 5a and 5b UWG, among other things, regulations on disclosure requirements with regard to rankings (Section 2 (1) no. 7 and Section 5b (2)) and customer ratings on review and comparison platforms (Section 5b (3)) have been included. 3), as well as provisions on covert advertising and the labelling obligation of influencers (Section 5a (4)), which is basically in line with contemporary rulings of the Federal Court of Justice (BGH) (see BGH, judgments of 9 September 2021, Case No. I ZR 90/20 – Influencer I, Case No. I ZR 125/20 – Influencer II, Case No. I ZR 126/20 – Influencer III).

What does it change exactly, as regards the right to compensation?

The biggest change is the introduction of a right to compensation under unfair competition law for consumers, to which previously only competitors were entitled. The new claim for compensation is intended to ensure that consumers have a claim for compensation against commercial enterprises acting unfairly even if there is not (yet) a contractual relationship between them. In a departure from civil law, this already applies in the case of negligent acts of the commercial operator. However, Section 9 (2) UWG requires a double causal link. The consumer must first have been induced by an unfair act to enter into a transaction which he would not otherwise have done, while the damage or loss must have been caused specifically by the particular transactional decision.

The concept of damage in Section 9 (2) UWG is controversial. According to the explanatory memorandum to the Act and some opinions in the literature, the claim is “usually” only directed at the negative interest, so that consumers are to be placed in such a position as if the unfair transaction had not occurred and as if they had not been induced to enter into the transaction. The explanatory memorandum to the Act expressly refers to the general provisions of Sections 249 et seq. of the German Civil Code (in rem restitution) with regard to the content and scope of this provision. However, according to a generally accepted interpretation, the compensation that can be specifically claimed for is not limited to the negative interest.

According to the explanatory memorandum to the law, “concurrent claims exist side by side with claims already existing under civil law.”  Thus, according to the will of the legislator, this is an additional protection for consumers, which exists alongside the general remedies under civil law.  This means that under certain circumstances a a conflict may arise due to the concurrent claims vying with the general remedies under civil law, such as Sections 280 (1), 311 (2), 241 (2) or 812 and 826, as well as other rights under the German Civil Code (BGB), such as rights of rescission or withdrawal, which have their own set of requirements. However, taking into account the objective of effective consumer protection under unfair competition law, consumers should be free to choose which remedies they wish to pursue.

Could this new entailment to compensation be rendered toothless?

What practical significance consumers’ new claim for compensation will acquire in practice remains to be seen and depends in particular on how the courts handle the matter. For example, the consumer must prove that they were induced to enter into the transaction. In this respect, there are already calls for an easier burden of proof for consumers in order to ensure that the new entitlement to compensation is not rendered “toothless”.