China Overtakes the US in the Artificial Intelligence Race

For the first time, investments in artificial intelligence (AI) directed towards China have surpassed those supporting American experts. 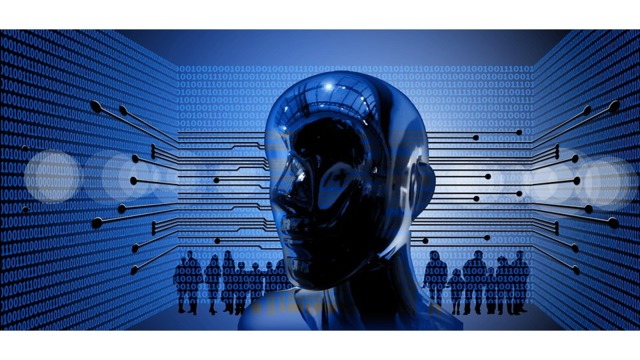 In 2017, investments in startups riding the wave of AI across the world leapt up by 141% in a year, amounting to 15.2 billion dollars. Some 1,100 new startups came into existence. The fourth industrial revolution is very much underway and has sent shockwaves through all sectors, from agriculture to cybersecurity as well as business and even healthcare. Some observers even believe that the economic growth of a country soon be assessed, not by its capital but by its level of maturity in terms of AI. These predictions will no doubt delight some and terrify others.

The battle for global AI domination

A study published by CB Insights on the upcoming AI trends for 2018 revealed that, for the first time, investments destined for China surpassed those for the US in this particular technology. China attracted almost half of all investments, compared to 38% for the US. It’s a shift made even more impressive by the fact that in 2016 China was responsible for just 11.3% of all global funding for AI. This increase in power reflects the political commitment of the Chinese government to become the world leader in AI by 2025. Last July, Beijing published a national development plan for AI, aiming to increase China’s economic clout by more than 150 billion yuan (22.15 billion dollars) by 2020 and to 400 billion yuan (59.07 billion dollars) by 2025, according to figures from the State Council. An announcement which seemed to respond to this was made a year earlier by the US, who released a similar plan which is indicative of the fierce battle between the two countries to become the world leader in AI. The report published by CB Insights also highlighted the momentum coming from China regarding patent applications, which seem set to overtake those made by the Americans. As far as deep learning is concerned, the number of patents issued in China is around six times greater than those published in the US.

Within these future technologies, China is putting a lot of energy into facial recognition for consumer purposes or use in surveillance by the authorities. Three Chinese unicorns are specialists in this field:  Megvii, which allegedly has access to biometric data on 1.3 billion Chinese citizens, SenseTime which is already valued at over a billion dollars and CloudWalk, which has just received a grant of 301 million dollar from the Guangzhou local government.

Translated from French by Eloise Lake