One of the largest infrastructure companies in the world aims to explore the Brazilian market. 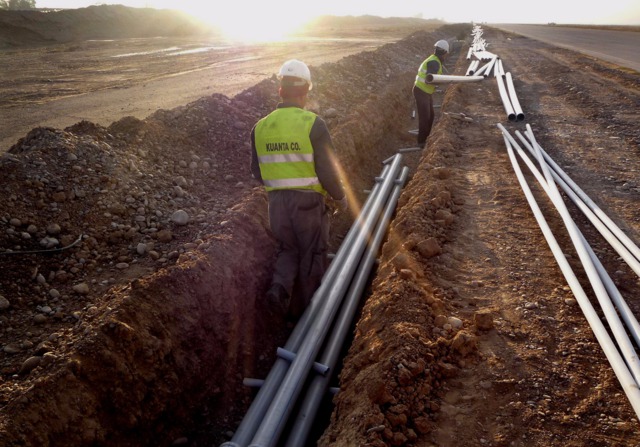 The Chinese infrastructure conglomerate wants to expand its presence in South America’s largest countryby investing in greenfield projects. The company arrived in Brazil in 2016,  opening an office in Sao Paulo and is concerned with  ports, railroads, roads and airports, in this order.

In 2016, the CCCC purchased 80% of Concremat, a Brazilian engineering enterprise for R$350 million and signed a deal to obtain 51% of ownership of a new port in Sao Luis, in the northeastern state of Maranhao, which will be built through a partnership with WPR, a branch of the Brazilian company WTorre. The investment was r$ 1.7 billion and will take three years to be completed. The construction will begin in the second semester of 2017.

Regarding future opportunities, Sun Ziyun, a member of the CCCC`s counsel said: “There is not a defined number yet. It depends on the opportunities and on whether the projects are good for us and for society.” In 2016, the CCCC registered a revenue of $66 billion and a profit of $2.6 billion.

Among the opportunities the Chinese company seeks, is  the possibility of investing on expanding canals of access to larger sea ports, especially those that are either jammed or cannot receive megaships, due to width and depth limitations.

For instance, a 90 degrees turn in the canal that leads to Babitonga bay, in Santa Catarina, is a bottleneck that limits the size of the vessels that can reach terminals located after the turn, such as the Sao Francisco do Sul port and the private port of Itapoa, which hurts the competitivity of these locations.

“This is where we want to help,” said Chang Yunbo, CEO of CCCC South America. One of the possibilities is to work in a future concession of the navigation canals, making drainages and maintenance. “This is an important contribution, to foresee a solution to increase the capacity,” added Yunbo.

Apart from ports, CCCC also intends to focus on railroads, but it will depend on the model used. “If Brazil wants to develop and improve its railroad system, it should do it through the public-private partnership model, instead of a build, operate and transfer model”, said the vice-president of the CCCC.

To continue its investments in Brazil, the Chinese company wishes to develop local partnerships. “The CCCC is different from various companies from China. The purchase of 80% of Concremat is an example,” said Ziyu, alluding to the fact that Chinese enterprises usually buy 100% of other companies when entering foreign markets.

It will be up to Concremat to evaluate opportunities for the resulting operation. Specialists in integrated engineering solutions, the Brazilian company has over a thousand engineers. In 2015, it’s revenue was R$ 931.5 million.

Mauro Ribeiro Neto, CEO of Concremat commented on the deal: “We believe CCCC was looking for a strategic partner to have a smoother arrival in Brazil and Latin America. There are various projects of infrastructure, but not all of them are known to the public and we will ensure they are.”

Regarding the future, Yunbo added: “If we are successful, other Chinese companies are sure to follow.”