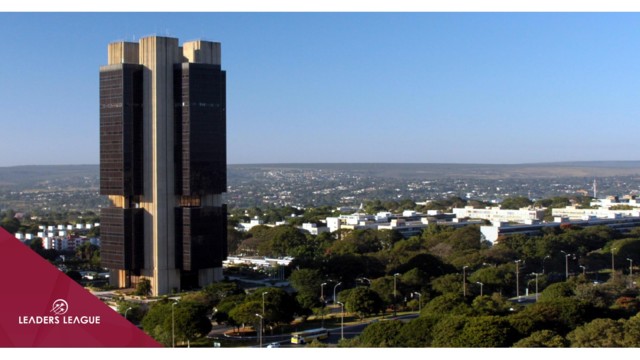 The Central Bank of Brazil (BCB) announced definitive open banking regulations set to be implemented in the domestic financial system.

In mid-May, the Central Bank of Brazil (BCB) announced definitive open banking regulations set to be implemented in the domestic financial system via a four-stage process as of November 30th.

A major development in Brazil’s banking and finance market, the Central Bank describes the new regulations as “the sharing of data, products, and services by financial institutions and other licensed institutions, at consumers' discretion, as far as their own data is concerned, through the opening and integration of platforms and information systems infrastructures, in a safe, agile and convenient manner.”

Brazil’s banking industry has traditionally been dominated by five major banks which currently control over 70% of the market. With the arrival of new technologies, fintechs have been able to carve out a slice of the market, as exorbitant maintenance fees are no longer an issue and consumers now enjoy the comfort of opening a bank account via their smartphones.

According to Bruno Balduccini, renowned banking and finance attorney at full-service law firm, Pinheiro Neto Advogados, open banking will dramatically increase competition in the sector. "Without a doubt, open banking will bring about a revolution in which there will be frank competition for banking products and services, leading to a subsequent fall in transaction-related fees and interest rates. For major financial institutions, it will be a significantly more challenging scenario as, today, they possess a large client database which suffers few 'attacks' from challengers. However, with the coming into force of open banking, these banks will begin suffering incursions from all financial institutions which adhere to the new regulations."

Due to the domestic banking sector’s oligopolistic structure, however, fintechs have been challenged by the lack of information available to consumers, such as fees, interest rates and variables, resulting in limited competition in the sector. Rarely will the clients of a major Brazilian bank proactively shop around for more competitive fees and services, as both bureaucracy and a lack of information in the market ensure migrating from one financial institution to the other is both a challenging and time-consuming affair.

“Open banking will change this, shattering the existing asymmetry of information barrier”, says Pedro Eroles, banking, payments and fintech attorney at Focaccia, Amaral e Lamonica Sociedade de Advogados and consultant to the Central Bank’s Attorney General's Office. “Open banking will create a type of marketplace platform, an ecosystem in which users may access this sort of data and compare financial institutions.”

With the promise of greater competition between financial institutions, which would result in lower fees and improved services in the sector, open banking presents many advantages to consumers, but simultaneously raises discussions on personal data protection and privacy issues.

Not only will open banking regulate the sharing of operational data between financial institutions, but also the sharing of consumer information – upon their consent - to endow the Central Bank’s new comparison platform with more accurate data.

“Registration and transactional data can only be shared with a client’s consent, which will be formalized via a strict procedure. Consent must be specific and previously given by an explicit agreement which will only last for 12 months”, adds Mr. Eroles.

The Central Bank recently stated that reviewing cybersecurity proceedings is one of its top priorities, releasing an official statement detailing the strict cybersecurity guidelines which all financial institutions will be subject to.

“The Central Bank has established clear guidelines of consent, authorization and the authentication of the authorizations which may be given by clients (all fully digital and instantaneous). It is worth mentioning that open banking is not open to everyone. It only works between the financial institutions authorized to function by the Central Bank and which follow strict rules of banking secrecy and cybersecurity. Therefore, in theory, we are speaking of a safer and more controlled environment.”, explains Mr. Balduccini.