This summer KKR, a New York based global investment firm announced it had acquired a minority stake in French enterprise-software company, Cegid, based on a valuation of €5.5 billion. It was the second-largest LBO in French history. 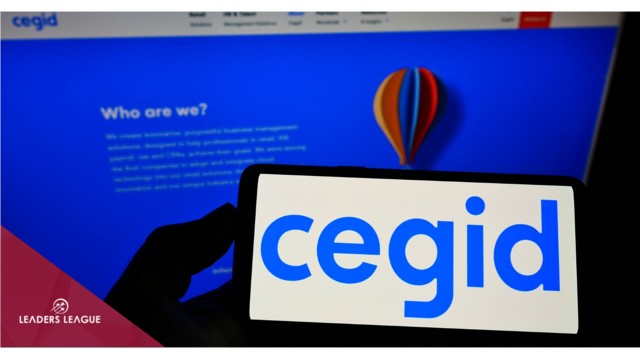 Although it’s been around since the days of the Commodore 64, the last few years have seen Cegid hit the big time. Founded in Lyon in 1983, it was the brainchild of Jean Michel Aulas, better known these days as the abrasive president of the city’s professional football club, Olympique Lyonnais.

Under the Silver Lake
From the banks of the Saone river, the siren song of the software house reached all the way to Silver Lake, a California-based global leader in tech investing, which acquired a majority stake in 2016.

Cegid has been a highly profitable company for a number of years now. In 2016, when Silver Lake acquired its interest, it had turnover of slightly over €300 million. Fast forward four years and it was pushing €500 million.

And with the help of Silver Lake and now KKR, the FrenchTech darling believes it can reach a billion in the next four years. The recent acquisition of Talentsoft, will help the company move in that direction.

Cegid’s software is in use at to over 350,000 companies across the world and has 4.5 million users

Cegid’s software is in use at to over 350,000 companies across the world and has 4.5 million users. It has around 3,600 staff. Well established in France, Southern Europe and Latin America, the firm intends to increase its business in the lucrative German and Nordic markets over the coming years.

If Cegid has grown to this level, it’s because it saw the revolution in cloud-based business solutions coming early and made the necessary investments in the areas of HR, accounting, finance and retail to head the pack. And since Silver Lake’s investment in 2016, the company has extended its market leadership and experienced strong double-digit revenue and earnings growth, driven by focusing on SaaS solutions, as well as robust investments in next-generation cloud products and value-enhancing acquisitions.

Commenting on the KKR deal Pascal Houillon, CEO of Cegid, said: “As we continue to invest in world-class, useful and innovative cloud-based solutions, we are thrilled to welcome KKR as a new shareholder. We are convinced that their experience and support will be highly valuable in the next stage of the Cegid journey alongside our existing investors at the service of our clients’ business goals today and in the future.” Jérôme Nommé, Head of France at KKR, added: “We have followed the company for many years and have been impressed by the growth that Pascal and his team have achieved, transforming Cegid into a pan-European software leader. This investment reflects our continued strategic focus on investing in European leading software businesses and on backing French tech champions in their growth journey.”

Proven commodity
If KKR is known more on this side of the Atlantic for its infrastructure investments, it is hardly a newcomer to the world of software investment. In the past handful of years it has invested in Visma and Epicore, among others. The firm accompanied the Dutch company Exact in its international expansion and in 2020 invested in a trio of French companies; Elsan, Devoteam and Mediawan.