Catherine MacGregor: The winds of change

CEO of French energy giant Engie since January, Catherine MacGregor hopes to lead the company into a brighter ─ and greener ─ future. 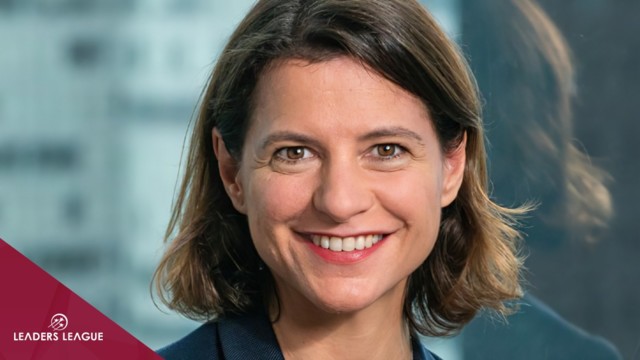 Last month, with her feet barely under the desk, Catherine MacGregor was required to appear before the French senate’s economic affairs committee be grilled on Engie’s strategy. The French government being a major shareholder, this was nothing out of the ordinary, but would have unnerved many an executive.

Not so MacGregor who, with a smile on her lips, fielded questions with aplomb, taking the opportunity to congratulate Engie staff for their commitment during the pandemic and expressing her happiness and pride at landing the top job at the company formerly known as GDF Suez.

Relatively little is known about her private life, aside from the fact that she was born and raised in Morocco and, despite her Scottish surname, (her maiden name is Fiamma) is a French citizen.

The 48-year-old was something of a surprise candidate for the top job at T1 Tower and there was a lot in her in-tray when she started work. Last summer, a few months after the ousting of Isabelle Kocher, Engie bigwigs started to put together the profile of her successor, as well as a roadmap for the future of the company, based on the conclusions of a detailed strategic review.

The decision was made to find someone who could at once speed up the pace of the group’s asset divestment programme and its transition to renewables. At her senate hearing, MacGregor spoke of the need to translate the group’s strategic orientations, which she acknowledged were rather fluid, into a coherent policy, promising Engie would publish a detailed policy document in May.

A free hand
Despite stiff competition from many big names, including the home-grown Gwenaëlle Avice-Huet who runs Engie’s renewables business and Saint-Gobain deputy CEO Laurent Guillot, MacGregor benefitted from being a fresh face for a company looking to draw a line under the internecine spats of the recent past between Kocher and the ex-president of the group, Gérard Mestrallet. The replacement of the latter with Jean-Pierre Clamadieu in 2018 calmed the waters somewhat, but rival camps remained and the fallout from the affair finally claimed Kocher in February 2020.

And yet, on the face of it, her nomination constitutes something of a gamble by Engie, since MacGregor’s background deviates from the norm as she did not graduate from a prestigious administrative college, nor is she a former cabinet minister.
That said, her record in the energy sector speaks for itself as she has a quarter-century worth’s experience in the oilfield services sector. “From this experience I take two things: a real passion for the energy sector and a deep conviction that it must change.”

Globetrotter
The fact that MacGregor caught the eye of the Engie brass at all is probably down to the fact that she has held a variety of management positions in different parts of the world. Having joined Schlumberger as a fresh-faced graduate in 1995, she rose through the ranks, becoming DHR and head of strategic operations before serving as president of Europe and Africa. She also spent time in London as president of Forage.

In 2019 joined the board of French energy company Technip, where she led the group's onshore and offshore construction and energy activities and was a key player in Technip’s merger with US oil and gas support services firm FMC Technologies.

“At Engie we are putting the energy transition at the heart of our strategy,” MacGregor told the senate, stressing that this was one of the subjects she was passionate about, alongside equality in the workplace, among others.

Next month's eagerly awaited Engie policy document should give us a clearer picture of how she plans to turn these words into actions.