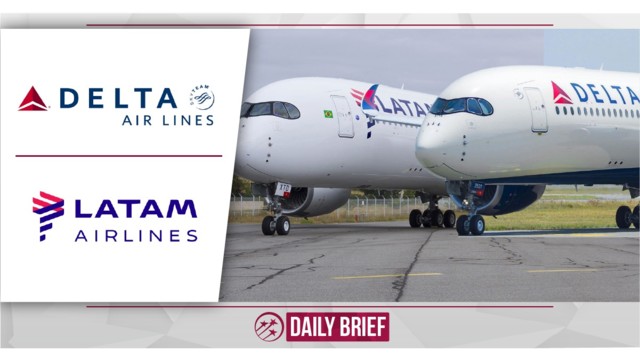 CADE approved the request order for a JBA (Joint Business Agreement) between Delta Air Lines and the LATAM Airlines Group.

In mid-September, the Brazilian Administrative Council for Economic Defense (CADE) approved the request order for a JBA (Joint Business Agreement) between Delta Airlines and the Latam Airlines Group. Besides combining its flights, Delta also purchased 20% of Latam’s equity stakes for $ 1.9 billion.

The acquisition was the first step of a strategic alliance between the companies, as they also plan on including other South American countries in the deal, such as Chile, Colômbia, Paraguai, Peru and Uruguai in parallel to the United States and Canada. The operation also involved Aeromexico’s administration board.

Whilst analyzing the request order, CADE examined the impact of the operation over other companies in the airline sector and identified that the competitiveness amongst them will not be affected, as some factors will mitigate the exercise of the claimants acquired maket power, even when considering the effective participation of the sector involving Mexico in air transportation to Brazil.

“Regarding the existence of rivalry, although Latam and Aeromexico hold an expressive participation in the route between Brazil and Mexico, the characteristics of the route and the market, associated to the uncertainty caused by the pandemic, lead to the conclusion that it’s not possible to affirmative that the present operation will elevate the probability of exercising its market power by the claimants.”, stated the federal autarchy.