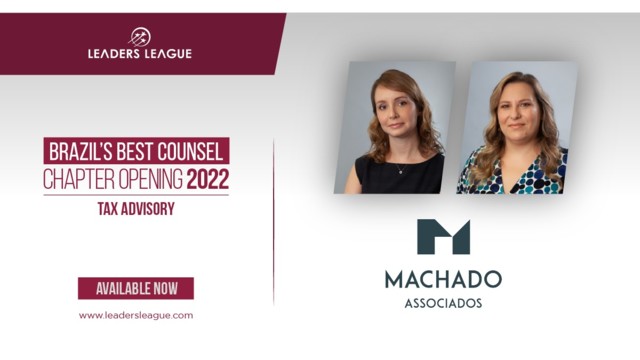 Income tax on dividends: a significant change on the horizon

After 25 years of tax exemption, reintroducing an income tax on dividends is once again in the center of discussions surrounding the approval of Bill 2337, which aims to significantly amend the rules on the income tax imposed on legal entities and individuals, including on financial investments. The intense debates on the matter bespeak its importance in the Brazilian tax scenario.

In June 2021, the Federal Government submitted a Bill of Law for the approval of the National Congress, proposing the taxation on dividends as well as other relevant changes to the income tax rules. According to the original wording of the bill, a 20% withholding income tax (WHT) would apply to dividends paid or credited as of 1 January 2022. Increased rates in certain cases (e.g. shareholders in low tax jurisdictions) and few exemptions applied.

Brazil’s tax system is complex and burdensome, and tax reform is irrefutably vital for a better economic and business environment in Brazil

Currently, Brazil does not impose WHT on dividends. However, Brazilian companies are generally subject to the Corporate Income Tax (IRPJ) at a 15% rate and to an additional rate of 10% on the taxable amounts that exceed R$20,000 per month. Furthermore, a 9% Social Contribution on Profits (CSLL) is due by Brazilian companies, increased to 20% and 25% rates in case of financial institutions. IRPJ and CSLL are calculated over similar tax bases.

The Federal Government and the Brazilian Federal Revenue Service (RFB) publicized the bill as an important measure for tax justice, arguing that the tax exemption of dividends benefits the richest part of the Brazilian population, while workers have been subject to an average effective rate of 17% on their salaries. They also claimed that the bill implements the greatest reduction to the IRPJ rate ever, which would allow companies to have more resources to invest and create jobs.

In addition, they argued that the introduction of the WHT on dividends and the reduction of the IRPJ rate is aligned with the international tax practice and average rates practiced globally. Finally, the Federal Government and the RFB stated that Bill 2377 would not result in an increase in tax burden.

Bill 2377 quickly ignited discussions on the potential increase to the effective tax rate on profits earned by companies and on the possible negative impacts to the economic and business environment, still strongly affected by crises resulting from the Covid-19 pandemic. Several issues have been raised by companies from diverse sectors, professional associations, and tax experts.

The main criticisms refer to the relevant increase in the tax burden. In fact, in the case of distribution of all profits earned by a given company, the effective tax rate combining IRPJ, CSLL and WHT under the original wording of the bill could reach 45.2% in 2022 and 43.2% as from 2023. Thus, the bill would not be neutral for the taxpayers.

After 25 years of tax exemption, reintroducing an income tax on dividends is once again in the center of discussions

Another critical point of the bill is that WHT would be due on dividends paid or credited as of 2022, even if they derive from profits earned before 2022. This would be an unpredicted tax burden for companies with undistributed profits, disrupting their business plans.

The reintroduction of WHT on dividends would also reawaken interest on the rules on disguised distribution of profits, which would demand that several corporate transactions that are performed at book value today are performed at market value.

The congressman in charge of reporting the bill at a plenary session proposed amendments to the original wording after informal discussions with interested parties. The last version submitted to the House of Representatives eliminated the increased WHT rate on dividend distributions to shareholders in low-tax jurisdictions, as well as excluding the WHT on certain small businesses and dividends paid to controlling companies, among other cases.

According to this latest version, the 15% IRPJ rate would be reduced to 8% and the CSLL rate could be reduced in up to 1% (leading to a combined IRPJ and CSLL rate of between 27% and 26%), depending, respectively, on the increase of a contribution paid by mining companies and on the elimination of tax benefits in the sphere of the social contributions on revenues, known as PIS (Program of Social Integration) and COFINS (Contribution for the Financing of Social Security).

This latest version was approved by the House of Representatives in September 2021, with a single amendment to reduce the WHT rate on dividends from 20% to 15%. Formal discussions at the plenary session that resulted in said approval were not very detailed, despite the significant changes and impacts the bill would bring to the Brazilian tax scenario. It was clear, though, that there is a trend to approve the WHT on dividends, even if not necessarily under Bill 2337.

The approved version of the bill was sent to the Federal Senate, which may or may not agree with it in its current state. It is still uncertain if Bill 2337 will be approved by the National Congress, sanctioned by the President and published in the Official Gazette within 2021 to enter into force in 2022.

Despite the uncertainties around the outcome of Bill 2337, it is evident that there is a strong tendency to reintroduce the taxation of dividends, motivated either by notions of tax justice or by the reasoning that it could raise tax revenues.

However, some important points have not been discussed in depth, such as the misleading comparison between the income tax levied on dividends and on the salaries of employees without considering the taxes paid by the legal entities which distribute the dividends, including the 34% combined rate of IRPJ and CSLL and the relevant social contributions. It is not possible to state that individuals that receive dividends are subject to lower taxation than those that earn salaries without a global view of all taxes applicable in the chain until the profits are distributed to individuals.

In the same sense, the incorporation of legal entities as a tax planning strategy to avoid high taxation applicable to employment relationships is mentioned among the arguments in favor of the taxation of dividends, ignoring that this is not the case of most Brazilian legal entities.

The intent of increasing tax collection by imposing WHT on dividends has always been clear and it has become more evident as the discussions evolve. The amendments refer to other taxes and contributions to allow for reductions in the IRPJ and CSLL rates. The Federal Government and the RFB have not, however, disclosed calculations to support the definition of WHT, IRPJ and CSLL rates. Furthermore, inserting changes to other taxes and contributions within discussions of an income tax reform may bring new problems and inequalities.

There is no doubt that Brazil’s tax system is complex and burdensome, and tax reform is irrefutably vital for a better economic and business environment in Brazil. Nonetheless, in a system in which there are so many different types of taxes, imposed by federal, state and municipal governments and subject to a great number of rules, any reform focused solely on income taxes would not be enough to improve the tax scenario.

With 24 years of experience working in audit companies and law firms, Ana has extensive experience managing projects and advising multinational companies in Brazil and abroad.  She additionally has broad knowledge of tax advisory matters, with a specific focus on direct taxes and international taxation. She also provides advice from a practical perspective, considering actual tax impacts in view of the details of the transactions and accounting data.

Partner in the tax consulting area, Stephanie has built her career at Machado Associados and has worked on major corporate restructuring cases and M&A transactions involving several countries. Stephanie also assists clients making foreign investments and doing business in Brazil, as well as Brazilian clients investing abroad, with a strong focus on the impacts of Brazilian CFC rules and the effects of the Double Tax Treaties signed by Brazil.