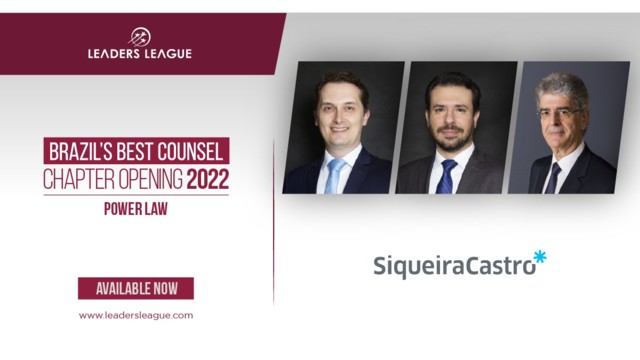 Electricity rationing:  When and whether will it happen?

In April 2001, the agency responsible for regulating electricity services in Brazil, ANEEL, published the Plan to Reduce Consumption and Increase Supply. The purpose of the plan was to mitigate the electricity crisis that was already foreseeable in the country. It contained over 30 actions presented in the form of recommendations, but not as obligations.

Less than two months later, the government announced the largest electricity rationing program in Brazilian history. It included strict and mandatory rules, as well as the possibility of electricity cuts to consumers who did not abide by the new guidelines. The program had an impact on more than 140 million people, equivalent at the time to 90 per cent of the country’s population. It lasted until February 2002 and had huge social, economic, and even political impacts, playing an important role in the result of that year’s presidential election.

Now, 20 years later, with the country’s highest authority asking the population to tun off the lights, stop using elevators and take cold showers, it is impossible not to think back on the 2001 ANEEL’s “Pollyanna” Plan.

It is common knowledge that the 2001/2002 rationing, as well as the current electricity crisis, are not just the result of a prolonged period of drought and low rainfall levels – a recurring phenomenon caused by alternating climate cycles, which has been made worse in recent years due to global warming. Mistakes and flaws in expansion planning, in the implementation of new electricity generation and transmission projects, in the inspection and operation of the National Interconnected Electricity System (or SIN in the Portuguese acronym) have undeniably contributed to the disaster. All these factors were present in the former crisis and are once again present now.

Both in 2001 and now, once it was plain to see that the crisis was inevitable, in a desperate move, the government searched for the only possible alternative that might bring considerable additional generation capacity in the short term: an urgent purchase of supply, at any cost. Back in 2001, a legal entity was created with the same goal: it was called the Brazilian Company for Emergency Energy (CBEE). Now, Provisional Measure #1.055, from June 28th, 2021, has allowed for purchasing additional capacity through simplified bidding procedures, according to guidelines established by the Ministry of Mines and Energy (MME), in a process that will be led by ANEEL.

Several other similarities between 2001 and 2021 could be highlighted. However, the brief comparison between these two years, presented in the paragraphs above, is enough to lead to a question: does the huge resemblance between the 2001 and 2021 electricity crisis mean that disaster was unavoidable? The answer is definitely “no”. The current crisis could be avoided if the findings, warnings, and recommendations contained in the so-called Kelman Report1 had been taken into consideration earlier. But, as usual, they weren’t taken seriously into account, leading to the consequence summarized by Edmund Burke in the quote that opens this article.

In any case, at this point in 2021 there seems to be light at the end of the tunnel. We are a couple of months away from the beginning of the rainy season. Apparently, there is a possibility of overcoming the current drought period without the need for extreme measures such as electricity rationing2.

Some factors might contribute to this result: a decrease in the current reliance on hydroelectric power (which represented about 80 per cent of the Brazilian electricity matrix in 2001 and now dropped to 62 per cent), and the considerable increase, between these two landmark years, in the size of SIN’s basic grid (which used to have around 43,000 miles of transmission lines and now has double this extension). All of this allows for a greater exchange of electricity between different regions of the country, which are subject to different rainfall and hydrologic regimes.

Additionally, two natural gas thermal plants were recently included in the Brazilian system, representing over 1,550 MW of total additional installed capacity. One of these plants is in the state of Mato Grosso do Sul (“UTE William Arjona”) and another one in the state of Rio de Janeiro (“UTE Gás Natural Açú – GNA1”).

The current crisis might play an important positive role in the medium and long terms. It could accelerate the energy transition process in Brazil

Nevertheless, this comes at a very high cost: the prices charged by the thermal plants are much higher than the ones charged by hydroelectric plants. The difference will be covered by revenue coming from the new Hydro-scarcity Flag, a kind of additional tariff, recently created by the government. This new fee is way higher than preexisting fees, a bill that will be paid by Brazilian consumers until April 2022. Apropos: according to Professor Edvaldo Santana, former Director of ANEEL, the recent-adopted actions to face the current crisis will come at a cost of approximately BRL 110 billion (USD 20 billion), and this figure only considers the flags, incentive provided for those who decrease consumption, sectorial charges and the so-called GSF – a technical factor that impacts hydroelectric generators when there is restriction of production. Mr. Santana adds: if these initiatives had been adopted a couple of months before, this cost could have been less than BRL 20 billion (USD 3.6 billion).

From a broader perspective, the uncertainty about the capacity of the Brazilian electricity sector to overcome this crisis – including the risk of blackouts or rationing in 2021 or 2022 – has perverse macroeconomic effects. They include the inflationary pressure of the Hydro-scarcity Flag and the inhibition or postponement of investments in new businesses and projects which depend, to great or less extent, on appropriate availability of electricity in terms of volume, quality, and price. Therefore, this scenario compromises the perspective of economic recovery.

Paradoxically as it might seem, the current crisis might play an important positive role in the medium and long terms. It could accelerate the energy transition process in Brazil, fostering the expansion of clean and renewable energy projects that do not rely on hydropower, including the distributed generation (in which consumers invest in their own systems for micro or mini generation, usually solar or wind power). These small projects can be implemented much faster than traditional generation, and do not depend on heavy and expensive transmission grids.

In the meantime, the best alternative is to hope that what happened in 2001/2002 will not happen again in 2021/2022; it is to hope that “lightning will not strike the same place twice” – although it’s known that this popular saying has no scientific or empiric grounds. According to data collected by the famous New York skyscraper, the Empire State Building is hit by lightning on average 25 times a year.

Footnotes:
1) Detailed diagnosis of the 2001 crisis, elaborated by a team of experts named by the federal government at the time and led by engineer Jerson Kelman, former Director of the Brazilian National Water Agency (ANA) and of ANEEL.

2) This article was written in late September 2021, with the intention of being published in late November of the same year. By then we will know whether this forecast will be confirmed.

David Waltenberg is head of the power practice at SiqueiraCastro. He is a former General Counsel of major companies such as Companhia Paulista de Força e Luz and Eletropaulo, and former legal coordinator of the National Department of Water and Electricity - predecessor of Aneel. Additionally, Mr. Waltenberg served as a special consultant for the restructuring of the Brazilian electricity sector during President Fernando Henrique Cardoso government, and for the new institutional model of the sector during President Luis Inácio Lula da Silva’s government.

Humberto Negrão practices administrative and regulatory Law with a focus on energy law. Mr. Negrão is a partner of the Energy practice of SiqueiraCastro, a field in which he has been working for over nine years, advising clients in the segments of generation, transmission, distribution, trading and the consumption of electricity, among others. Mr. Negrão also acts in administrative proceedings in progress before ANEEL as well as in judicial proceedings.

Eduardo Evangelista practices administrative and regulatory law with focus on infrastructure matters. Mr. Evangelista is a partner of the energy department at SiqueiraCastro, a field in which he has extensive experience advising clients on power generation, transmission, distribution, trading and consumption. Additionally, he is well-equipped to provide legal opinions, technical reports, analyses as well as advising on agreements, auctions and dispute resolution proceedings before ANEEL.