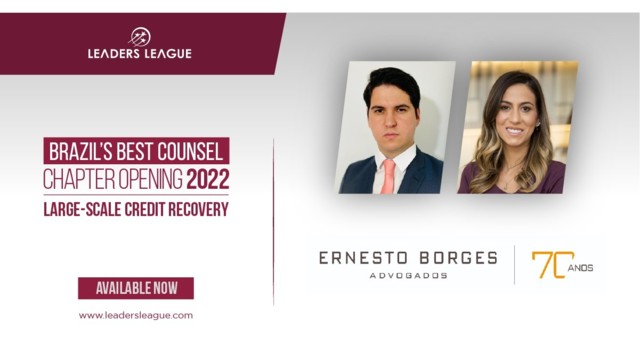 The Law of Over-indebtedness and the Post-Pandemic Scenario

Once the initial impacts and uncertainties resulting from the COVID-19 pandemic were overcome, Brazil began to reorganize itself economically, acting through Central Bank (BACEN) guidelines focused on ensuring the return to normality of the financial markets and stabilizing the National Financial System (SFN).

It is possible to notice a promising scenario for economic recovery, either by the injection of private resources into the SFN or via the improvement of the monetary conditions of financial institutions, which stimulate credit flow in the market1. In effect, a greater volume of capital in circulation and new possibilities for renegotiating debts will lead to greater consumption and the creation and maintenance of jobs.

In this sense, the promotion of economic recovery is also a subject within the Brazilian legislative branch, which approved a statute to reduce the default level in light of the consequences from the pandemic. The so-called Over-indebtedness Law - No 14.181/212 - is considered a landmark in consumer legal provisions, for it improves the discipline of consumer credit and provides for the prevention and remediation of over-indebtedness.

In general terms, the lawmaker's goal is to guarantee to the debtor in good faith, the over-indebted consumer as a natural person, with the possibility of renegotiating its debts through the Judiciary Branch, through a type of payment plan that comprises the types of debts indicated by the law, ruling out the benefit to consumers in bad faith, who contract debts by means of fraud or with a clear intention of not paying.

The law provides that the over-indebted consumer can gather certain types of debts, such as consumption, banking, credit and installment plans, for example, and propose a payment plan to all creditors, through a direct request to a Judge or, if applicable, a request to file proceedings to the public agencies that are part of the National Consumer’s Defense System, as provided in article 104-C of the law.

If the request is acknowledged, creditors are called to a hearing where the payment proposal will be presented and, if approved, will be enforceable and have the force of res judicata. In short, the procedure guidelines are well detailed in article 104-A of the Over-indebtedness law, as follows:

Art. 104-A. At the request of the over-indebted consumer as a natural person, the judge may file debt renegotiation proceedings aiming at holding a conciliation hearing, presided over by the judge or by an accredited conciliator, with the attendance of all creditors of the debts set forth in article 54-A of this Code, in which the consumer will present a proposal for a payment plan with maximum term of five (5) years, preserving the existential minimum, under the terms of the regulation, and the guarantees and payment forms originally agreed.

§ 1 Debts are excluded from the renegotiation process, even arising from consumer relations, resulting from agreements purposely entered into without the intention of making payment, as well as debts arising from credit agreements with collateral, real estate financing and rural credit.

§ 4 It shall be part of the payment plan referred to in § 3 of this article:

I - measures to extend payment periods and reduce the debt burden or the supplier’s remuneration, among others, intended to facilitate the payment of the debt;

II - reference to the suspension or termination judicial proceedings in progress;

III - date from which the exclusion of the consumer from databases and registration of defaulters will be provided;

IV - conditioning its effects to the abstention, by the consumer, of conducts that may worsen the over-indebtedness situation.

The practical effects of this statute will be known in the course of time, since it is very recent and the Judiciary Branch has not yet, in general, indicated the guidelines on the procedures for conducting conciliation hearings. However, there is movement on the part of some courts to format the new model of composition, with the creation of specialized conciliation centers, for example, which aim at guaranteeing, in practice, greater exclusivity of service through a personalized experience.

The law provides that over-indebted consumer can gather certain types of debts, such as consumer, banking, credit and installment plans, for example, and propose a payment plan to all creditors

In the State of São Paulo, for example, The Department for Consumer Protection and Defense (Procon) created a negotiation center with the purpose of facilitating the access of consumers in these situations, who may assume the condition of over-indebtedness through a form made available directly at the Procon/SP website, where its creditors, the amount of the debt and a payment suggestion will be informed3.

Following a similar path, the Judiciary Branch of Mato Grosso, jointly with Procon of Cuiabá, started a technical cooperation agreement to provide better service to consumers in over-indebted situations4. The said term will give a way out to the operational flow, providing approvals of extrajudicial agreements entered into by the Municipal Procon and, in turn, guaranteeing more effectiveness in the proceeding, while anticipating the jurisdictional services.

From the lawmaker’s point of view, the outlook is, on the one hand, to guarantee for citizens the possibility to recover him/herself economically, using the Judiciary’s conciliation center and the presentation of a single payment plan (similar to the court-supervised reorganization procedure for companies). On the other hand, it reduces both the high level of default and the overcrowding of Court cases.

It can be noticed that the provisions of the law indicate relevant responsibilities for creditors, when it provides for the obligation to attend the conciliation hearing, under the penalty of suspension of collection of charges, compulsory subjection to the debt payment plan indicated by the consumer, and also its redirection to the end of the line to receive the credit.

Thus, the effective use of this tool will depend on the Judiciary’s careful handling of it so that it achieves its real objective without jeopardizing any of the parties - especially the creditor, thus preventing the outbreak of a new format of unbridled judicialization.

Only the enforcement of the new law will give the real measures of what will be healthy and fair for the parties involved in the credit relationship, meeting the social purpose of uplifting the consumer without affecting the creditor, also impacted by the default.

Paulo Renato Martins de Oliveira is a partner of Ernesto Borges Advogados, coordinator of the Retail Credit Recovery portfolio, including strategic and high-value mandates. Mr. Martins de Oliveira is a member of the Special Banking Law Commission (CDIRB) of OAB/MS. He graduated from Universidade Católica Dom Bosco (UCDB) and has a postgraduate degree in Business Law from the Escola Brasileira de Direito (EBRADI) in partnership with the Bar Association of Brazil, São Paulo Branch and Escola Superior de Advocacia.