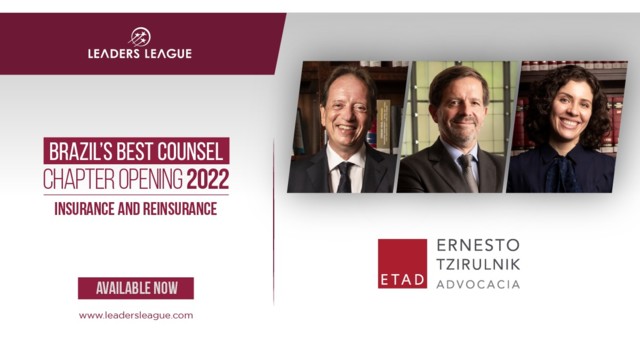 The times, they are a-changin’: For Brazil’s insurance and reinsurance sector, are they also improving?

Despite all the evidence to the contrary, there is a common evolutionary concept of culture in Brazil. And when it comes to law, today’s legal framework is not expected to be worse than yesterday’s.

Notwithstanding the overall tendency to see change and progress as synonyms, history is full of examples of legal changes-for-the-worse. Even without regulatory capture, rules adopted with the best of intentions may be inadequate and have negative consequences for society.

Amidst the overall negative balance of regulatory changes, there are specific improvements, which must be commended

Since 2019, the National Council of Private Insurance (CNSP) and the Superintendence of Private Insurance (SUSEP), which are part of the Executive branch, have steamrollered new rules in the Brazilian insurance and reinsurance regulatory framework. Over the last three years, there have been more than 50 Circulars issued by SUSEP and more than 40 Resolutions issued by the CNSP. In 2021 alone, more than 30 draft new rules have been released.

Albeit relatively low-profile—not only do insurance matters seldom give rise to intense debate in Brazil, but public opinion is, rather, drawn to political and health issues given the pandemic—the reform agenda is broad. It covers a variety of issues, from car insurance to insurance-linked securities; from sandbox and open insurance to large risks; from rules of establishment for insurers and reinsurers to contract formation.

A fault of the Brazilian legal environment is that it has offered plenty of room for the Executive (that is, CNSP and SUSEP) to act as if it were the Legislative body covering insurance and reinsurance matters.

Unlike most countries, Brazil still does not have an Insurance Contract Act—the bill, approved by the House of Representatives, has been before the Senate since 2017.  The 2002 Civil Code dedicates a mere chapter to the insurance contract, and not a single article for matters such as loss adjustment. Going further back, the 1966 Law Decree n. 72, which came prior to the 1988 Federal Constitution, focuses on the structure of the National System of Private Law—which entities are part of it, how they must be created, who they will be supervised by—not on issues involving policyholders.

The lack of specific norms has likely attracted the recent regulatory wave, whose declared aim is to “modernize” the market. As several matters should arguably have been organized by means of legislation in the strict sense, with Congressional approval, there is legal uncertainty at the core of the changes, and that is detrimental to society. Neither market player benefits from legal instability.

Resolution CNSP 407/2021 is an example of regulation that brings uncertainty. It provides that contracts will be “freely agreed” in large risks insurance and that conditions reflect the “parties’ full ability to negotiate”. That contradicts local and foreign experience, since policy wording is drafted by insurers, who need it to be compatible with the reinsurance wording—or risk a coverage mismatch, which is catastrophic from a solvency standpoint. Policyholder participation is minimal, usually related to the choice of coverage among pre-existing options (LEG 1, LEG 2, LEG 3…), and to the bargaining of premiums and deductibles, which have increased significantly in the recent past. For heavy industry insureds, often there are deductibles of over a $100 million.

If there are ambiguities and contractions in the policy wording, will Resolution CNSP 407 be taken as a rebuttable regulatory presumption? Not even this much is clear. But if this is the case, large risks policyholders will have an additional burden of proof in future litigation against insurers—and a crucial one, since the contra proferentem rule can prove decisive in policy interpretation.

Resolution CNSP 396/2020, enacted on December 16th, is another example of regulation that comes with a heavy dose of uncertainty. Law n. 126, which opened the Brazilian reinsurance market in 2007, created three types of reinsurers, each with their own requirements and characteristics—local, admitted, and eventual. Resolution CNSP 396, which introduced the insurance-linked securities (ILS) in the Brazilian framework, created a fourth type to serve as special-purpose vehicle for the ILS. The reinsurer created by CNSP has securitization in its DNA and is subject to a specific set of rules of establishment and operation. It is a subtype of the “local reinsurer” in name only, however. In substance, it is a novel type of reinsurer–and that is a matter for legislation, not regulatory change. The bridge between insurance and capital markets should have been built on stronger legal foundations.

Over the last three years, there have been more than 50 Circulars issued by SUSEP and more than 40 Resolutions issued by the CNSP

In the Circular SUSEP 637/2021, which consolidated previous regulatory acts related to liability insurance (Directors & Officers – D&O, Environmental Liability Insurance, etc.), the Executive lost the opportunity to effectively modernize the market. For years, policyholders have argued in the Brazilian courts against the “pay to be paid” rule, according to which the insured rely on coverage as a mere form of reimbursement. However, setting aside the rule in a case-by-case basis is not cost-effective. As the purpose of liability insurance is to protect the insured against third-party liability, direct payment from the insurer should be the default option, not a course of action at the discretion of the insurer itself. Notwithstanding its purported goal of modernization, SUSEP maintained the archaic reimbursement provision.

Amidst the overall negative balance of regulatory changes, there are specific improvements, which must be commended—even more so because they seem to be the exception to the norm.

First, high commercialization costs have long plagued the Brazilian market, affecting low-income people especially, who often buy insurance coverages with little to no use (for them) and high returns (for intermediaries)— “extended product warranties” and the suchlike. Resolution CNSP 382/2020 makes it mandatory for the broker to publicize its remuneration, a practice which, as long as it is properly implemented, should promote transparency and be beneficial to society.

Second, the draft new Circular SUSEP for performance bonds expressly states that not every underlying contract modification (EPC, Supply etc.) implies a loss of insurance coverage, if done without the insurer’s consent. In recent years, many cases have discussed whether the loss of coverage in these circumstances is automatic, as policy wording suggests, or depends upon proof of materiality and risk aggravation caused by the underlying contract modification. Brazilian courts have favored the second interpretation, and so now does the draft new Circular—a provision which, hopefully, will be maintained in the official regulatory act.

More regulatory changes are expected in the coming months and years. According to the agenda announced by SUSEP for 2021, there will be changes to reinsurance and retrocession limits, a rule with little public visibility, but immense finance and market implications, and to personal insurance, which directly affects the population at large. Practitioners must be attentive, as different regulatory changes intertwine—intentionally or unintentionally—and have consequences for day-to-day operations.

Doctorate and Master in International Law (USP). MBA in Financial and Actuarial Risk Management (USP). Co-founder and Vice-President of the Brazilian Institute of Insurance Law (IBDS). With over 25 years’ experience in insurance and reinsurance disputes, Paulo also regularly advises clients on negotiations and complex regulatory issues.

Master in Private Law (USP). Since joining ETAD in 2020, Inaê has assisted clients in loss adjustment procedures and reinsurance negotiations. She also advises on contract issues related to large risks.