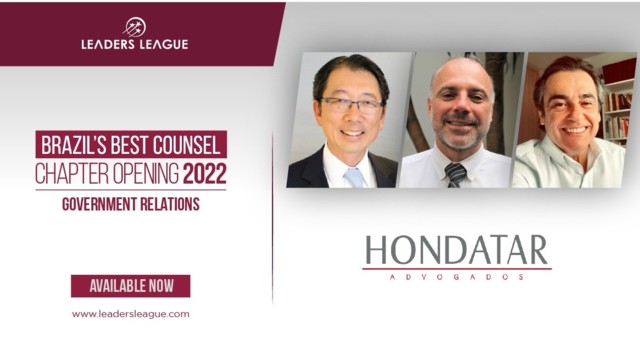 On Islands and the Ocean’s Rise

From early 2020 onwards, and with no end in sight, the term ‘catastrophe’, usually relegated to crisis management textbooks, pervaded the agenda of Government and institutional relations professionals. These professionals have, since then, been forced to learn and deal with it, solve implications and minimize across-the-board risks, damages and losses in life, community, operations, businesses, society, culture, environment, nations, international goods and services flows, all seen and managed from a purpose-questioning, survival-driven perspective of corporate interest. The COVID-19 pandemic changed the world and our profession.

It is a fact that monitoring public policy decision-making processes have been commoditized. Information on such matters became a factor mined by well-established services that work based on algorithms. The human interface was led to provide more than reports: clients went on to demand strategy design and action.

Progressively, for strategies to be effective, some other steps came to the fore as necessary. Especially mappings. Decision-making processes had to become visual for all interested parties, as did decision-makers and their profiles. This is also being commoditized.

What has not been commoditized yet is a set of services and routines essential to maintain a sense of the totality of interests involved in each process, but also, and more importantly, a sense of totality of the environment in which as the client’s operations evolve, so does the impact it has on the surrounding community, and on society at large. Furthermore, these services should provide a sense of quality and purpose of the governance it sets in motion to address risks and opportunities in the short, middle, and long-term of its values, mission, and vision.

The era of informal and casual relationships may be gone for good. In the world of home office, serendipity loses traction: One does not meet others out of the blue, neither in the corridors of Congress nor in inauguration ceremonies. These events were shut down for over 20 months, they became virtual, and we have adapted ourselves to it by way of delving into more professional, organized, systematized stakeholders’ management. A stakeholder is not a contact. They are people with trajectories, a set of relationships, ideas, and positions, and they change roles with other stakeholders who behave in the same random way. They are moving parts that must be understood and dealt with as such.

Managing stakeholders today entails building trust, purposefully grounding relationships aimed at mutual prosperity, growth, and sustainability, all of it aligned with the company’s, group’s, or entity’s strategy. Not just keeping track of someone’s whereabouts and positions, but rather participating actively in their trajectory, entangling them in meaningful initiatives of mutual interest, so when a key interest is at stake, common ground may help finding a better outcome.

No company is an island, to paraphrase Donne. Life on the planet is at stake, more concretely with the pandemic and more devastatingly with the prospects of climate change. The former is being dealt with, well or hell, by governments worldwide. The latter is not as much as it should be, and impacts are showing by the hour anywhere in the world, in the form of extreme weather and natural disasters. Every sector of the economy suffers direct impacts of diverse scales. Entire groups vanished. Supply chains were broken. Logistics failed to comply with contracts. Demands did not meet supplies. Personnel were lost to the disease. Personal balance became a serious and pervading issue. Team balance was put to severe stress. “No man is an island” is the original famous quote. But we were all forced into isolation for months and months with the threat of chaos and death derived from the battle for the upper hand on what we were fighting against – a lie or doom.

All things considered, we, institutional and government relations professionals, have a daunting role to play. Compared to the immense challenge the world poses today to life and civilization as we know it, we have little to do working in the outside of a company or group. We have to work alongside high management in building a better governance for itself, one that has the capacity and the ability to assess risks, manage them, consolidate a purposeful reputation that allows it to navigate in the ocean of converging and conflicting interests that composes the tissue of institutional and government relations; but also one that is able to identify, monitor, prevent and raise awareness to issues that can become crises, and be prepared to respond to them. We must be there, on the inside, helping them to grow stronger and ready to face a new world.

Arguably, Institutional and Government Relations services have turned upside down. At first, it was about policymaking: there is a legislative process of interest, please monitor it and keep me informed. That meant that the Government might have an impact on “my business”. A world far, far away was that Government thing. The surrounding human and natural environment grew swiftly as a concern to a mindset that, back in the day, would not perceive those issues as having any role in their worldview at all. But now, that culture has changed, and what we do lies within the viscera of the company or group: Its Governance, its impact on the Environment, its footprint on Society. Its reputation. Its risks at large. Its crises.

From within to without, our work has become to assess the organization’s capacity and ability to understand and respond to the ever-changing tides and waves that affect their business and purpose. To suggest, plan and support the execution of critical changes in the organization’s governance. To bring to the fore, address and resolve issues affecting their role along supply chains, not just their sector; their role in the economy of a city, a State, a country, a region: the world. In a time of constant threat of whole sectors going extinct, locally or globally, it has become critical to think and act with a clear view of the path and those on the same track, while walking hand in hand on a tightrope, looking for balance, not steadiness. Not isolation.

Our profession has thus evolved to become structural to the organization from the onset. We are there for them to move smoothly through the menacing, rising seas that threaten us all, now and for the coming decades.

Helcio Honda is the founding partner of Honda, Teixeira, Araujo, Rocha Advogados. Mr. Honda holds a Bachelor of Laws from PUC-SP with emphasis in Business Law, was elected Judge of the Taxes Court of the State of São Paulo (2004), and appointed President of the 8th permanent Chamber (2006-2007). At FIESP and CIESP, he is the Full Director of the Legal Department (Dejur) and a Vice President of the Superior Council for Legal and Legislative Affairs (Conjur).

Antonio Totaro Neto holds a Bachelor of Laws from PUC-SP, an LL.M. from Università di Bologna and a Doctorate from USP. Mr. Totaro Neto is currently the firm’s head of Government and Institutional Relations and is a former Global Corporate Affairs Director at AB InBev, a former board member of CNI’s council for legislative issues; a former director at CERVBRASIL, a former board member of of CONAR and former Chairman of SINDICERV, amongst other roles.