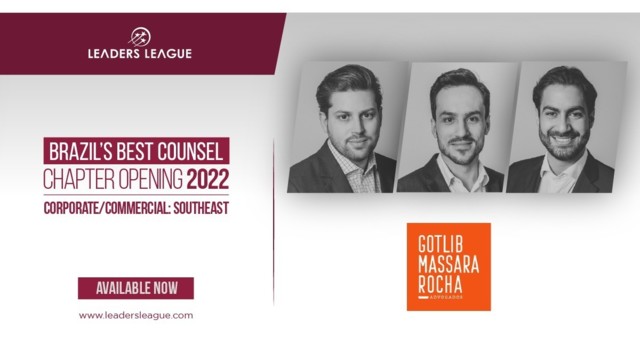 Brazil has been showing unprecedented growth in the mergers and acquisitions (M&A) market. A recent survey, conducted by the most relevant consulting firms, shows that the first semester of 2021 broke the record for closed deals by Brazilian companies and these figures are expected to double by the end of the year.

This trend in the M&A market is a reflection of many factors, which include high liquidity caused by low interest rates practiced in the past few years, the challenges brought by the COVID-19 pandemic crisis in companies’ organic growth and the conclusion of suspended or postponed transactions in 2020.

Minas Gerais, a state with great relevance in the national scenario, did not stay behind, figuring as one of the main M&A hubs. In the first semester of 2021 alone, there was a 45%[1] increase in transactions in the state, compared with the same period of 2020.

In the past few years, the technology sector has been the most favored field of M&A deals in the state. In the first semester of 2021, in Minas Gerais, 48%[2] of all mergers and acquisitions were related to the tech sector. Companies that were previously not concerned about digital businesses had to pick up on this trend due to the pandemic. Considering all the difficulties that come along with the digital world, startups which brought new solutions and conquered new market shares quickly became prominent targets for big market players.

Minas Gerais has become a major hub for startups from various sectors. A community of more than 300 startups, called “San Pedro Valley”, was created in the state capital Belo Horizonte, offering a complete structure for the growth of technology companies, with several co-working spaces, accelerators and investors.

As a result, a favorable environment for various investments and acquisitions was created. Many startups from Minas Gerais were acquired or invested in, especially in retail, e-commerce, fintechs, insurance, educational sector, among others.

This entrepreneurial culture has favored Private Equity investments and, more notably, Venture Capital in the state of Minas Gerais. Recent studies[3] show that the volume of Venture Capital investments has grown exponentially in Brazil, and Minas Gerais has also benefited from this trend, with an increase of transactions involving risk capital, especially in younger companies with great scalability potential.

With the tech market heating up, the Federal Government took measures to improve the business environment, as can be seen in the Federal Law (Lei Complementar) no. 182/2021, called “The Legal Framework for Startups”. Such a law created the legal definition of a startup in Brazil, reaffirming the existence of ‘angel investors’ and the regulation of their role in such companies, as well as building up the environment to a more accessible capital market for smaller companies. Furthermore, the “The Legal Framework for Startups” created certain relevant rules, such as: (i) the limitation of 'angel investors' liabilities, including tax and labor issues; (ii) access to the company's management accounts and financial statements by 'angel investors' even if they are not shareholders or officers; (iii) benefits for companies with up to R$78 million of annual gross revenue, as the decision to publish the corporate acts required by law and register the corporate books electronically; (iv) the possibility of a board composed by only one officer; among others.

Likewise, the recently enacted Federal Law no. 14.195/2021 changed important articles from the Brazilian corporate law and brought a reduction of corporate market bureaucracy and some innovations, such as the plural vote for corporations, widely adopted in other countries.

In the first semester of 2021, there was a 45% increase in M&A in the state of Minas Gerais compared with the same period of 2020

Beyond the development of the tech and capital markets mentioned above, Minas Gerais helped the country once again to push through a financial crisis, considering its primary and secondary sector strength. The agribusinesses, historically relevant sector in Minas Gerais, in the middle of the Covid-19 pandemic crisis, presented an increased growth rate also driven by the increment of exports.

Even though agribusinesses do not have a relevant track record of M&A transactions in Minas Gerais, many factors point out that this sector is also in sight of investors and big market players for the next few years, given the rise in commodities price, pushed by the dollar hike over the Real and by the increased demand.  The federal government is also incentivizing the sector, as shown in Federal Law no. 14.130/2021, which created the FIAGRO, an investment fund in agro-industrial productive chains, aiming to enable individuals and private companies, including foreign investors, to invest in the Brazilian agribusiness sector, allowing those entrepreneurs to seek new sources of capitalization.

An example of this growth is the distribution of agricultural raw materials, in which the companies traditionally acted only in a local manner. In the last few years, it is possible to notice multinational companies and even investment funds acting strongly in the acquisition of other companies active in the agribusinesses, expanding the territory of distributors and building new national players in the segment. To illustrate it, we can mention the recent acquisition of a market leader in northwestern Minas Gerais by a relevant distributor of agricultural raw materials in Latin America.

Another extremely important sector in Minas Gerais is mining. The mining extractive industries of the “Quadrilátero Ferrífero'' have always stood out and still represent a strong piece of the state's economy. The  dollar hike over the Brazilian Real also contributed to its growth, since a significant part of the production is exported. Because of those mining sites in Minas Gerais, the state also stands out in the production of automobiles, steel industry, cement, construction and chemical products.

The health sector, especially those companies with good cash flow generation capacity, also had prominence in the M&A transactions in Minas Gerais, as well as the educational field, with the increase of mergers and acquisitions transactions by the big players in 2021.

It is also important to highlight the participation of foreign investors in the state, representing 29%[4] of closed deals, which goes to show that it remains a significant market share unexploited by foreign investors.

Even with the uncertainty brought by the COVID-19 pandemic, the progress and apparent effectiveness of the vaccination campaigns and the expectations of a recovery in the economic activity are bringing confidence to investors and to those companies that are pursuing its corresponding market consolidation.

Renzo has significant experience in mergers and acquisitions transactions and is also recognized for his knowledge in corporate law, capital markets, negotiating of complex contracts and corporate documents and corporate reorganizations. He represents domestic and international clients acting on the buy and sell sides in several transactions. He has vast experience advising corporate clients in several markets, such as energy, education, real estate, logistics, technology and construction sectors.

Pedro has established a solid practice with focus on corporate and tax law, contracts, complex litigation and corporate disputes. He represents several clients in complex corporate lawsuits and provides advice on a wide range of corporate and commercial issues. His experience also encompasses assistance with planning and structuring of corporate activities and transactions, including business reorganization and bankruptcy.