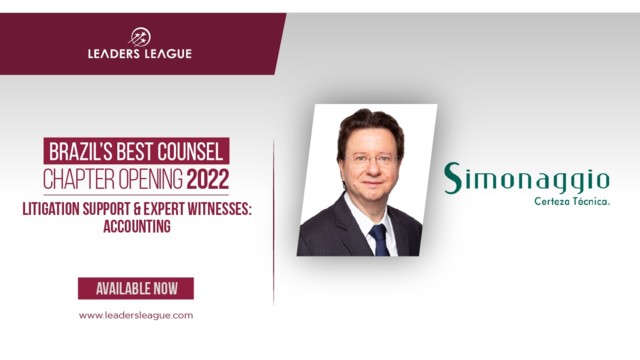 The Evolutionary Path of Human Evidence and Expert Evidence

Much is said about the difficulties of obtaining precision in the information that emanates from the expert evaluations which serve as evidence during arbitration proceedings. However, two factors must be taken into account before authorizing the beginning of the expert work: (i) this proof is produced by human beings, thus, it may contain a margin of error, and (ii) science cannot obtain proof which does not exist in the evidence, as the expert witness will never deliver a judgment, only subsidies for legal evaluation.

Arbitrators and others involved in arbitration have made an effort to try to find the best method of organizing expert testimonies, whether in procedures, or in congresses and similar events in which the subject is seriously discussed. This, without a doubt, is very necessary and positive results have occurred with the practices of (i) experts of the parties, (ii) technical witnesses, (iii) court expert, (iv) tiebreaker expert and (v) various choice models by the parties of the expert(s) who will act in the case.

In this context, it seems important to begin, with the same seriousness and intensity, to discuss about (i) what is intended to be obtained from the expert witness, (ii) who is responsible for the evidence – the parties or the arbitral tribunal, or both? and (iii) how a legitimate co-option of human beings who will act in the expert evidence can be made so that they meet the legitimate interest of the casuistry and not of one or another party. If these themes are not defined before the beginning of each expert witness, it is very likely that the next few years will continue to see debates on form, without meeting the content objectives.

It is imperative that the expert evidence is established for a given fact and, preferably, that this given fact gives rise to a response from the chosen science (engineering, accounting, medicine, etc.). This determined fact is pre-existing to arbitration, as the party discusses events that occurred in the past and, thus, has full control of what it must prove or know, even if the object of the evidence is not in its possession. For this reason, in arbitrations in which the obligation to prove arises from the initial allegations, when the expert evidence must accompany the legal document, the expert theme is perfected with the broad adversarial and at the correct time, so that, stabilized the arguments of the parties , the proof is made or pending specific complements or clarifications. Conversely, in arbitration proceedings conducted in the Brazilian civil procedural form, through which everything is alleged and nothing is proven at the time of the allegation (from an expert point of view), the expert evidence carried out in this environment tends to be exploratory - which is a venial sin – and tend to have to produce thematic scenarios according to sometimes unfounded allegations. Therefore, the definition of what, without leniency, is essential for the effectiveness of expert evidence.

The responsibility for taking the test, as a second theme, belongs to the parties. It seems very difficult to live with the hypothesis that this right and duty of the party can be transferred to a third, quasi-state, be it the arbitral tribunal or, even worse, an expert appointed by the court (but this difficulty in transferring the duty does not is felt by all equally). It is clear that the court can and should prevent unnecessary evidence from being produced, but that does not mean that it should take the place of the parties in providing, or conducting, the evidence that should have been provided by the parties. This accountability leads to knowledge of what from the beginning of the dispute, as the party exposes itself as to the facts. This positive practice does not prevent the arbitral tribunal from determining the performance of an expert opinion for its understanding of the case, and it may even do it with an expert appointed by the court. However, it is certain that, in this case, the arbitral tribunal will not be affecting the proof of liability of the parties but exercising its judging power to obtain technical clarification in its entirety of its need to carry out legal valuation. Therefore, it is imperative to discuss the responsibility for producing expert evidence.

Expert witnesses will never deliver a judgment, only subsidies for legal evaluation

The participation in the expert evidence by the chosen professionals must be preceded by a liturgy of information and commitment to the cause and not to the party. Technicians may not always be used to the fight and may, at times, be poorly instructed about its true purpose (in this poor instruction, by the agent who hires the test, the omission is more harmful than the action itself). Thus, it is recommendable - it should be required - that the arbitral tribunal provide its own voice to the human beings who will produce expert evidence of their limits, their obligations to the case and with the faith of their degree and the need to be equidistant of interest of the parties, although they may discuss events under the prism of legal valuation given by the party. In accounting inspections, it still happens that professionals, in pay, do not calculate value to maintain the controversial quantum, when they could have done it, or criticize without presenting the result of their criticisms because then, they would be seen as innocuous. These models that delay and confuse can be avoided with a short but objective meeting about what is expected of those human beings who, thus prepared, can be called experts.

Silvio Simonaggio is an economist, accountant, and lawyer. Mr. Simonaggio is the founder of Simonaggio Perícia (Simonaggio Certeza Técnica) in 1976 and Simonaggio Advogados in 1994. He works professionally with all areas and specializes in the areas of accounting, economics, tax and law. Academically, he lectures on expert evidence and case studies at the Regional Accounting Council of São Paulo (CRC) and Universidade de São Paulo. Mr. Simonaggio occupies chair number 32 of the Paulista Accounting Academy since 2011. He acts frequently in arbitrations as an expert on behalf of the parties and as an expert of the court.