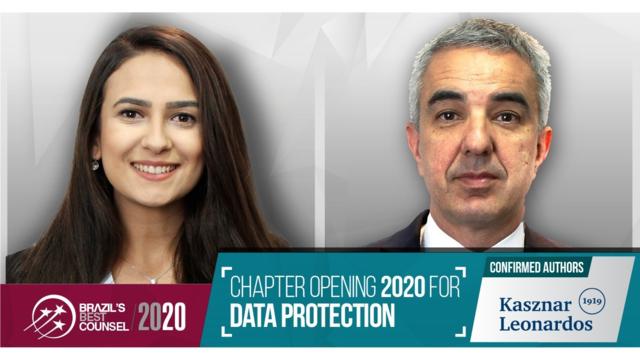 Brazil has recently seen im­portant developments in its data protection regulation. The country’s fragmented regulation – which revealed a lack of legal certainty – had its expiration date set with the publication of the LGPD – the Brazilian General Data Protection Law, in August 2018. The newly-approved and principle-infused Act modernizes data protection in Brazil as it su­persedes the current fragmented regulations and establishes a comprehensive unified system for the protection of personal data. However, a change this im­portant is never straightforward and the months following the pu­blication of the new law created additional concerns, which only now are beginning to clear.

An initial concern was the fact that then President Michel Te­mer vetoed the articles referring to the creation of a National Data Protection Authority (ANPD). As the LGPD was heavily inspired by the European model, the Autho­rity would have an essential role in the protection systems created, ranging from guidance to moni­toring, and from regulation to en­forcement. The veto was justified by noncompliance with legisla­tive formalities and President Temer immediately promised to properly recreate the authority.

On December 28, 2018, President Temer finally fulfilled his pro­mise and enacted a Provisional Measure (“PM”) with several pro­posed amendments to the LGPD, two among which should be men­tioned: (i) the creation of the na­tional authority, with significant changes regarding its nature, le­gal framework and functions; and, (ii) the postponement of entry into force of all substantive articles of the LGPD to Au­gust 15, 2020.

Conversion of the Provisional Measure

Following a lengthy discussion before the Brazilian congress, which included over 170 amend­ment proposals, the PM was ap­proved and sent to presidential sanction. After the two exten­sions permitted by law, the Pre­sident sanctioned the PM into Law on July 8th, 2019 with few modifications: creation of the ANPD as a federal public administrative entity for the first two years; reestablishment of ANPD’s res­ponsibilities such as conduc­ting audits, issuing regulations and standards procedures, draf­ting data protection impact as­sessments, legal construction of LGPD, among others; prohibition of health data pro­cessing by private health care plans with the purpose of practi­cing risk elimination in any mo­dality; maintenance of the review of decisions made solely by au­tomated pro­cessing of the personal data; revocation of the need for le­gal knowledge by the Data Protection Of­ficer (“DPO”), which enables the appointment of professionals from different areas.

As of now, the deadline is set. In addition, there is hope that the National Authority will be ful­ly implemented in time to tackle existing legal gaps and to provide enough guidance to all those im­pacted by the LGPD. It seems that, at last and despite all the obstacles, Brazil is on track to implementing a solid data protection regime.