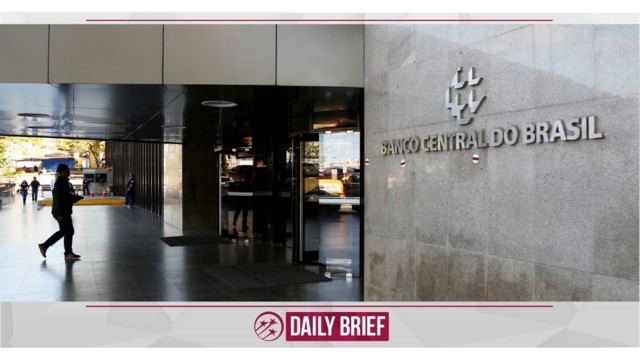 In February 2021, the Brazilian Chamber of Deputies approved a bill to grant the Central Bank of Brazil (BC) autonomy.

On February 10, the Brazilian Chamber of Deputies approved a bill to grant the Central Bank of Brazil (BC) autonomy, a move which has been under discussion for over three decades and aims to remove political interference from its monetary policy. Bill No. 19/2019 removes the Central Bank’s direct link to the Ministry of Economy and grants the autarchy full technical, operational, administrative, and financial independence.

According to lower house congressman Silvio Costa Filho, the proposal’s rapporteur, the change should lower inflation rates and improve Brazil's reputation with international investors, therefore attracting more resources to the country. The bill is the first to be approved under the administration of the lower house’s new president, Arthur Lira, who took office in early February.

“The approval of the Central Bank’s independence represents the shielding of the institution from any political interference, a historic and long-awaited achievement for the country.”, stated Mr. Lira.

The bill foresees that the Central Bank of Brazil’s president and collegiate board of Directors will now have fixed terms of four years which will not coincide with the mandate of the President of Brazil. The Central Bank’s president will now be appointed in the third year of the President of Brazil’s mandate, with the bank’s directors being gradually appointed in the following years.

This legislative change aims to reduce tensions regarding the exchange of the Central Bank’s president and could be indicative of the strength of Congress to potentially approve complex reforms, such as the tax and administrative reforms, which are highly anticipated by the financial market.

“It starts with easier measures to then follow to the most controversial. This BC project was more mature and had been discussed for a long time.”, stated Marcelo Kfoury, coordinator of the Centro Macro Brasil of Fundação Getulio Vargas (FGV). “The market is nervous with the administration of public finances. There is a large political demand for Covid-19 emergency aid, but there are doubts on how such a measure would be financed. By approving the BC’s reform, Congress shows that there is a chance of approving others.”, he adds.

The bill also lists four scenarios in which members of the Central Bank of Brazil may be dismissed and implements a quarantine for departing directors, who are prevented from exercising any professional activity at financial institutions for a six-month period. Incumbent Presidents and Directors may not exercise any other professional activity during their mandates, except academic endeavors. Additionally, the President of the Central Bank will continue to be appointed by the President of Brazil and evaluated by the Federal Senate.

Those vocally opposed to the ‘autonomy bill’ argue that fixed mandates could create friction between the policies adopted by the Executive branch and the policies defined by the Central Bank. According to them, the Central Bank would have significant power to determine the direction of the national economy, such as defining interest and exchange rate policies, leading to potentially favorable decisions for the financial market but not to the Brazilian population.

The bill received presidential sanction on February 24. With the approval, Brazil joined other countries which have independent or autonomous central banks, such as the United States, UK, Chile, New Zealand, Japan, Mexico, amongst others.

“The benefits of the Central Bank's autonomy took a long time to be acknowledged by governments in general. Brazil is no exception. And although this issue still raises important discussions, it seems that autonomy not only avoids natural conflicts with politicians and unfortunate market interference, but also signalizes a more robust path for economic improvements. This is especially important during a period in which Brazil faces significant challenges.”, stated Nei Zelmanovits, banking regulations expert and partner of full-service law firm Machado Meyer Advogados.