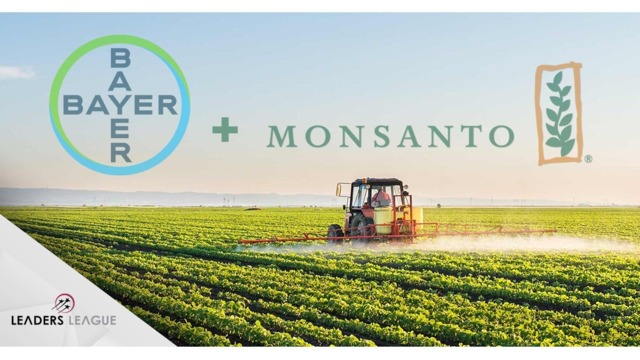 After two years of negotiations, German pharmaceutical giant Bayer AG has acquired leading American agrochemical company Monsanto in a $63 billion deal. Following regulatory clearance from Mexico’s competition authorities, the global transaction was finally given the go-ahead sending shockwaves throughout the market. JP Morgan helped Bayer complete the purchase payment for what is the largest acquisition in the pharmaceutical company’s history.

Bayer is widely known for its long-standing presence in the pharmaceutical and life sciences industries with a history spanning over 150 years. It is an international leader in the consumer health, animal health and crop science spheres and owns several world-famous brands such as Aspirin, Alka Seltzer and Berocca.

In February, the Brazilian Competition Authority (CADE) approved the merger with restrictions, citing horizontal and vertical concerns regarding the soy seed and genetically-modified cotton markets. In light of CADE’s concerns, Bayer and Monsanto presented remedies via a divestment plan which would see all Bayer-held assets in the soy seed, cotton and non-glufosinate ammonium herbicide industries sold, thus obtaining local regulatory approval.

According to official company data, prior to the merger Bayer administered 241 companies in 79 countries and generated approximately $40 billion in revenue. Now with Monsanto under its belt, Bayer has become the world leader for agribusiness, particularly with regards to genetically modified seeds, agrochemistry and crop protection. In an official note, Bayer’s chairman Werner Baumann stated: “We will double the size of our agriculture business and create a leading innovation engine in agriculture, positioning us to better serve our customers and unlock the long-term growth potential in the sector.”

Bayer has decided to drop the 117-year-old Monsanto name due to its poor reputation amongst environmental activists. Monsanto, a brand which will be discontinued, was notorious for its development of genetically modified seeds and Agent Orange, a herbicide which was used by US forces during the Vietnam war.

The Bayer/Monsanto merger is the largest acquisition by a German company on the international stage and will increase market concentration in what is an already highly consolidated agrochemicals sector. In 2017 US heavy-hitters Dow Chemical and DuPont merged whilst state-owned Chinese chemical heavyweights ChemChina snapped up Swiss pesticides and seeds group Syngenta. According to the Heinrich Böll Foundation, DowDupont, Chem-China/Syngenta and Bayer will now control over 60% of the seed and agrochemical markets, hold the vast majority of sector-related patent licenses and supply almost every genetically modified agricultural product.