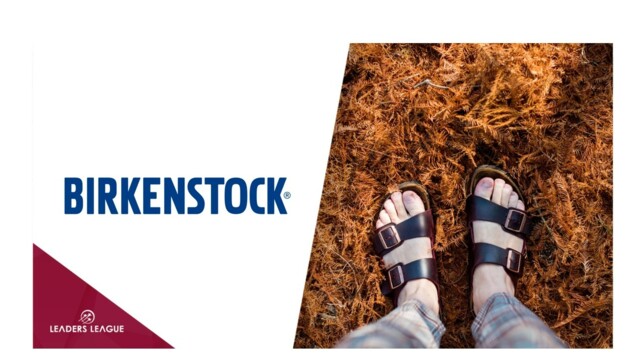 As Birkenstock saw its copyrights infringed, the shoe manufacturer has withdrawn her two last applications for interim injunctions against two Spanish family-owned companies before the Cologne courts.

After the first PI proceeding against the Spanish family-owned company Calzados D’Simons S.L , Penta filed an appeal against the decision, which was rejected, and the dispute ended up in mi-August at the Cologne Higher Regional Court. The Senate was of the opinion that Birkenstock had failed to prove that its four basic sandal models are qualified to claim copyright protection. As a consequence, Birkenstock withdrew its PI request in the hearing, before the Senate rendered a decision regarding the appeal.

In order to be able to base their claims on copyright, Birkenstock would have to credibly show that the sandal models were the result of an artistic-creative creative process. Penta argued that similar sandals had been sold by numerous companies for many years.

German copyright law requires proof of a 'personal intellectual creation'. The Senate did not consider this proof to be sufficiently established. Both parties had submitted expert opinions. Birkenstock then withdrew its application for an injunction against Penta.

The way to the German market is thus free again for the time being for the two Spanish suppliers, but remains disputed from Birkenstock's point of view, against what it considers to be infringing offers.

Birkenstock's roots in Germany go back to the 18th century and the company is known for producing a broad range of various health sandals, i.e. sandals with a comfortable footbed and cork soles. Since 2021, the majority of the capital shares are no longer in family hands but belong to the American-French investment company L Catterton. It has been purchased for allegedly approx. 4 billion Euros in 2021 by a global growth investor. The luxury goods group LVMH (Louis Vuitton Moët Hennessy) around CEO Bernard Arnault is behind the company.