With Arbitration Week under way, Leaders League looks at the development of arbitration in Africa. 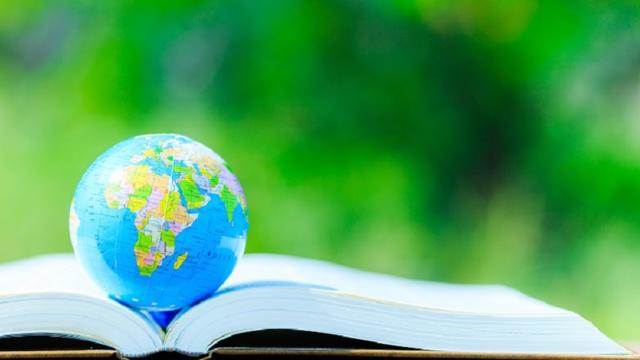 All specialists on the subject agree: arbitration is developing at an unprecedented rate in Africa. However, while the number of cases in the region is on the up, the way African arbitral tribunals manage them and the effective application of rights still leave a lot to be desired.

In the early 2000s the practice developed in South America with, notably, Argentina and Mexico involved in arbitral awards. Then, in the middle of the decade, the Middle East became “the new promised-land of arbitration,” according to Thomas Clay, professor of law at the Panthéon-Sorbonne University and managing partner of the firm Clay Arbitration. Today, the African continent is receiving the full attention of practitioners. For Mr. Clay, “Africa is the new Eldorado of arbitration.” The growing number of investments related to the exploitation of natural resources on the continent goes some way to explaining this trend. As does the emergence of an African middle class, which is one of the most notable developments in recent years. A vector of economic growth, this new consumer pool is attracting financing and construction projects. As a consequence, the signing of complex contracts comprising a clause allowing arbitration in the event of a dispute between the parties has become commonplace - making projects viable in the eyes of foreign investors and lenders. Jacob Grierson, a partner at McDermott Will & Emery in Paris, specializing in international arbitration, asserts that “the acquisition of shares between oil companies is the source of many disputes.” As are the telecommunications and transport infrastructure sectors, in which significant socio-economic changes have been observed. Law firms are therefore devoting a larger part of their activity to African issues. According to Clay, the continent represents 60% of the cases in which he acts as arbitrator while Africa accounts for more than half of the arbitration cases handled by McDermott Will & Emery's practice.

The creation of African arbitration institutions has certainly contributed to the development of the practice. The Casablanca International Mediation and Arbitration Centre (Cimac) in Morocco, the Lagos Court of Arbitration or the Arbitration and Mediation Centre of the Mauritius Chamber of Commerce and Industry are good examples. However, more than any one center, it is the work of the Organization for the Harmonization of Business Law in Africa (Ohada) that is most often cited to illustrate the recent proliferation of arbitration on the continent. Founded in 1993, the organization has seventeen-member states and created, in 1998, its own Common Court of Justice and Arbitration (CCJA), which is based in Abidjan and administers arbitral proceedings taking place on the territory of a member country. The rules of law applicable to the member states of Ohada are contained in uniform acts. For Mamadou Konaté, former Malian minister of justice and arbitrator at the CCJA, Ohada “opens up new perspectives and a better organized legal framework in line with international arbitration standards.” Jacob Grierson agrees, stating that it is “an excellent system, created by eminent specialists and containing avant-garde principles.” To improve investor confidence, the CCJA Arbitration Rules and the Uniform Act on Arbitration and Mediation were revised in 2017 and entered into force in March 2018. The new texts aim to reduce the time the court takes to examine exequatur applications as well as actions for the annulment of sentences.

A complex political and judicial environment

At the moment, despite efforts to improve legal texts and rules, Ohada member states are not frequently chosen to host arbitral proceedings, a prerequisite for the application of the organization’s uniform acts. Economic actors, even when they are African, mainly turn to the arbitration centers in Paris, Geneva or Washington. In 2016, the Paris-based International Chamber of Commerce (ICC) saw a 50% increase in the number of arbitrations involving an African party.
Several factors contribute to African parties looking outside the continent. There is a relative wariness due to the political and military situations of some countries. Mamadou Konaté believes that “the political context sometimes destroys everything that can be offered for the proper implementation of texts.” A perceived lack of impartiality of CCJA members lingers. For Jacob Grierson, despite its good ideas, Ohada arbitration has not yet met with the expected success: “The CCJA is perceived as being too subject to pressure from member states and does not have a good reputation, which damages investor confidence,” he argues. In addition, the national judicial systems themselves are seen as risk factors. Even when a procedure is purely arbitral, state justice plays an important role. National judges cast a shadow over proceedings since the enforcement is subject to their control. They must, therefore, be included in the promotion of arbitration. “If they misjudge, investors will run away,” says Jacob Grierson. As Vice-President of the CIMAC court, the lawyer recommends raising their awareness of arbitration issues through international training and conferences such as the Casablanca Arbitration Days organized by the Moroccan center.

In proceedings, arbitrators and counsel from the continent remain underrepresented. “It is up to Africans to choose Africans,” says Thomas Clay. Jacob Grierson is convinced that the new generation will reverse the current trend: “We must train young people from the region, they must feel at home in the world of arbitration.” He is also concerned that he is not seeing enough African students and young professionals in the various training programs dedicated to arbitration. Mamadou Konaté, for his part, chooses to be optimistic: “There are more arbitrators and counsel from Africa today than there were twenty years ago.” Progress has been slower than many on the continent would wish, but the signs are encouraging.