Latham, Freshfields, Weil and Skadden all get a piece of the action. 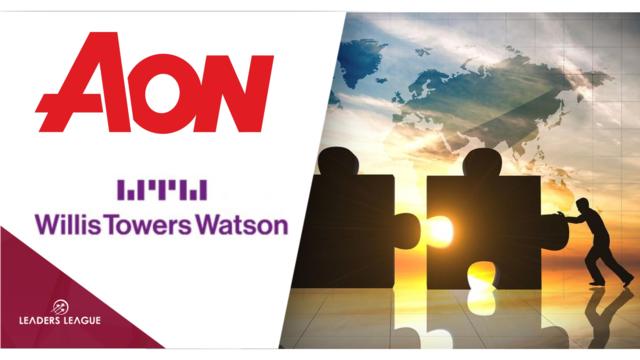 Retaining the name of Aon and being headquartered in London, the new company – worth $76 billion – will be 63% owned by existing Aon shareholders. Willis Towers Watson’s share price has fallen by 10% in the current virus-affected market conditions.

According to the deal terms, Aon, which anticipates $800 million worth of cost synergies from the acquisition, will have to pay Willis Towers Watson $1 billion if the deal falls through. And it might: the shareholders of both companies won’t be voting on the merger until this autumn at the earliest.

Aon was in merger talks with Willis last year, but the plans were set aside 12 months ago, potentially due to competition concerns. The two brokers are the second- and third-largest in the market; now, their main competitor will be current market-leader Marsh & McLennan, which bought Jardine Lloyd Thompson for £4.3 billion last year.

Those competition concerns aren’t surprising: Aon and Marsh & McLennan will have revenues of $19 billion and $17 billion respectively, while Arthur J Gallagher – their closest competitor – will be pulling in $5 billion.

Aon instructed Charles Ruck and Bradley Faris at Latham & Watkins in the US; Julian Long at Freshfields Bruckhaus Deringer in the UK; and Cian McCourt at Arthur Cox in Ireland.