The ride giant will keep the food delivery app separate from its own for now. 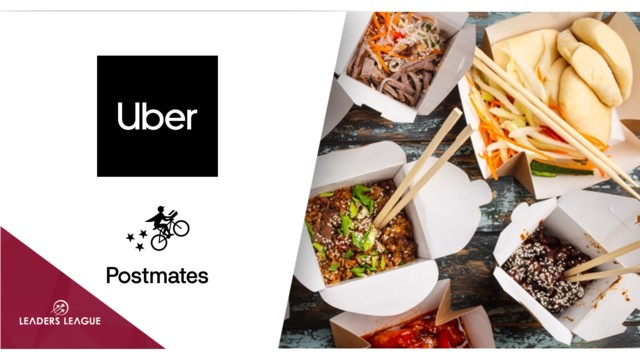 In a move that significantly strengthens its position in the food delivery market, Uber has acquired rival food delivery app Postmates for $2.65 billion.

This comes at a crucial time for the ride-hailing company, which has seen revenues plummet by $3 billion in the last quarter amid a pandemic that has sharply curbed travel of all kinds. Revenues would have fallen further if Uber did not have Uber Eats, whose business has grown by 52% in the last quarter.

The acquisition has been rumored since Uber failed last month to buy Grubhub, which ended up being bought by Just Eat Takeaway for a mammoth $7.3 billion. As Uber pulled out, a spokesperson said in a statement: “Like ridesharing, the food delivery industry will need consolidation in order to reach its full potential for consumers and restaurants.”

Uber will run Postmates alongside its existing food delivery service, Uber Eats, while merging some of the back-end tech and delivery operations, such as having the same drivers deliver orders for both companies.

Both parties claim that the transaction is complementary. Both apps have different geographic and demographic strengths: Postmates is significantly stronger in L.A. and has comparable market presence in Phoenix. Postmates also has strong relationships with restaurants and other businesses, covering both food and other essential catering supplies.

While strategically a smart move for Uber Eats in reducing its competition somewhat, it still has to compete with Grubhub and DoorDash, which together capture nearly 70% of food delivery sales in the US. As of last month, Postmates had a mere 8% share of sales. The current landscape of competition will hamper Uber Eats’s propping up of its parent business, which will remain uncomfortably in the red for the foreseeable future.