It’s the largest digital health deal of all time. 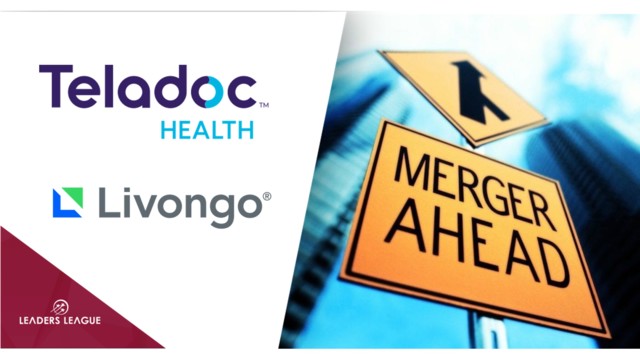 In a move that will create significant waves in the sector, Teladoc Health has bought fellow digital health giant Livongo for $18.5 billion, creating a $38 billion company.

This deal is by far the largest deal the sector has ever seen; Google’s $2.1 billon acquisition of Fitbit in 2019 pales in comparison. The California-headquartered Livongo, whose $355 million IPO was itself the sector’s largest flotation last year, is a digital healthcare provider designed largely for chronically ill patients; it is especially well known for its “Applied Health Signals”, which aggregate large amounts of data to give personalized health advice to users. Livongo began by specializing in diabetes before diversifying into weight management, hypertension and behavioral health.

Teladoc Health is an older company. Founded in 2002 in Dallas, Texas, though now aptly headquartered in Purchase, New York, Teladoc began as a telemedicine outfit that allowed patients to consult remotely with doctors at any time. Within five years it had a million customers; it grew substantially in the wake of the Affordable Care Act, when numerous insurance companies signed up with Teladoc during Obama’s second term. Its sales doubled in 2013 and again in 2014; it was around this time that the company began aggressively buying competitors and smaller complementary outfits – a strategy that continues to this day. When Teladoc floated in 2015, it raised $157 million.

The acquisition is complementary: Teladoc’s key strength is in virtual care, including primary and acute care as well as covering mental health and chronic conditions. It also has its own experienced medical staff, as well as the many thousands of clinicians who use its platform to assist patients. Livongo, meanwhile, leverages its data-driven Applied Health Signals to help patients in a proactive, personalized and fairly precise way. Livongo’s acquisition of myStrength last year gave it a significant boost in the mental health space: it now provides cognitive behavioral therapy (CBT), as well as spotting warning signs via “passively” collected data such as the speed and manner of the user’s typing.

Known for its aggressive lobbying and “licensable platform services”, Teladoc Health will now be the US’s largest digital health company by far. It and Livongo have thrived during the coronavirus, with the pre-merger stock price of each higher than at any point in the last year.

The deal comes just two days after another mega-merger in an unrelated space: 7-Eleven’s $21 billion acquisition of Speedway (which we covered here). This makes Teladoc’s purchase of Livongo the third-largest corporate acquisition in 2020 so far.